The California Highway Patrol (CHP) confirms Roberto Garcia Jr., 19 of Solvang, has been identified as the victim in Monday's crash.

Initial reports state Garcia, who was driving the BMW sedan, failed to negotiate a curve in the roadway leading to the collision.

The CHP confirms alcohol and drugs do not appear to be a factor.

One person has died in a vehicle collision on Ballard Canyon Road in Solvang Monday evening.

Santa Barbara County firefighters responded to the 1400 block of Ballard Canyon Rd. at 10:17 p.m. and discovered a BMW sedan had crashed over the side of the roadway.

The sedan also collided with a tree before rolling approximately twenty feet down an embankment.

County firefighters initially reported four patients were involved, three of them self-extricated and one required extrication.

Efforts to stabilize critical patient at Santa Ynez Valley Cottage Hospital were unsuccessful and the patient was pronounced deceased prior air transport. 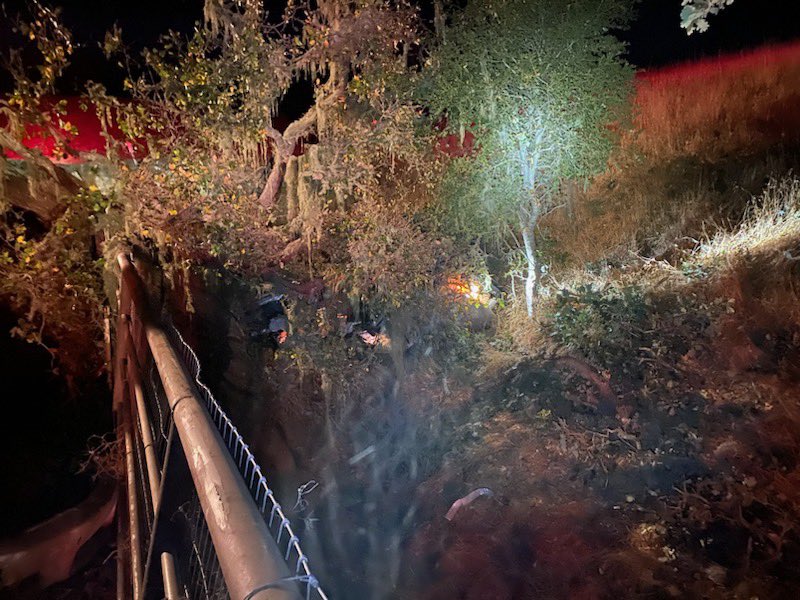 That road is way too narrow in blind curves and is in a state of disrepair like so many of our SB County two lane back roads... RIP

thats why you slow down.

Yep should regrade that country road into a 4 lane highway with full barriers so people can drive safely without the worry of danger.
So glad I moved to the country.

Awww, only 19. My prayers for his loved ones during this terrible time. RIP young man, may you be resting in the comforting arms of Jesus right now.

"Why is a mountain covered in

Push it one day to Sunday!

This is brilliant. Children

This is a good idea, but it

What's the stink about?

What did I say that was wrong

ZERO - for the right salary,

i prefer the smell of fresh