Sheriff’s detectives are investigating the death of a woman that resulted from her being struck by a vehicle on East Mountain Drive on Thursday, September 29, 2022. At approximately 5:35 a.m., deputies were dispatched to the 800-block of East Mountain Drive for a report of woman heard screaming. When deputies arrived, they found a woman who was seriously injured, lying in the roadway. The vehicle that struck the woman had fled the area prior to deputies’ arrival.  The adult female victim was transported to an area hospital where she died of her injuries at approximately 7:45 p.m.

Based on their initial investigation, detectives believe the woman was intentionally struck by the driver of the vehicle and they are investigating this as a homicide. The identity of the victim is pending family notification. The identity of the suspect, who remains outstanding, and the vehicle description is not yet available for release. The suspect and the victim were known to each other, and this is not a random attack.

Walking up from Ashley Rd Thursday about 9am there was a road closure sign at Ashley and as you got closer to the temporary bridge there was crime scene tape across the road, an umarked police car parked in the middle so you could go no further and then further up the road on mountain drive 4 highway patrol cars with lights flashing - dont know what happened - mountain drive was closed at cold spring rd and east mountain drive alsol 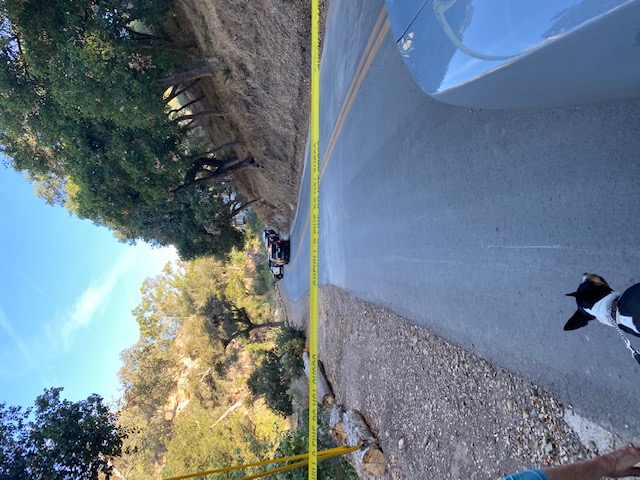 Reportedly a homicide by vehicle.

This one?
https://www.noozhawk.com/article/woman_killed_by_vehicle_in_montecito_in_apparent_homicide
the timing sounds about right...

that's the one. victim known by the killer, supposedly

As most murders are, so that can be assumed. I haven't seen any info to lead to this conclusion (beyond what is typical). Do share the source(s) so that the public audience can share.
And let the pros do their job.

The "GoFundMe" page is here:
https://www.gofundme.com/f/blanca-aguilera
with the rest of the write-up:
https://www.noozhawk.com/article/authorities_release_name_of_homicide_victim_in_montecito
absolutely horrific!

Initially CHP had it as a hit and run. Witnesses heard her screaming. When she died later it turned into a homicide. We were coming by west at Ashley and wondered why there was only a couple of small road closed signs and nothing else for any traffic control, made sense later.

Cameras, or did she manage to divulge who killed her before she died?

Please nobody bring politics into this commet section. Prayers for her family and friends.

Nobody wants to see political diatribes from either side discussed on any public topic that is designed for people to get information about that specific topic stoner. Go to political forums for such matters, not these local topics.

And a mind-bogglingly naive statement from the article:
“I was just shocked that this could happen,” Larkin told Noozhawk. “I took it very personally. I identified with Olga and I worried that something like that could happen to me. I am interested in learning about killers, and what motivates them.”
Larkin said the biggest lesson she wants people to take from her novel is that a killer is not necessarily a stranger or an intruder. Sometimes, it’s the person in your own home. In the case of A Lovely Girl, it was Duncan’s mother-in-law."

It's been known for many decades that most murders are done by those known to the victim. Especially when the victim is female. Stunning how ignorant the above-mentioned author sounds.