[On Thursday], Rep. Salud Carbajal issued the following statement in response to a letter from the US Coast Guard Vice Admiral to the Chairman of the National Transportation Safety Board announcing the Coast Guard concurs with the safety recommendations outlined in the Small Passenger Vessel Safety Act and will develop updated regulations as mandated by the bill.

“I am grateful to see that the Coast Guard is moving forward with implementing my Small Passenger Vessel Safety Act in a timely manner,” said Rep. Carbajal. “The Conception boat fire was an avoidable incident and I’m thankful the Coast Guard is taking the necessary and imperative steps to protect lives by ensuring a similar incident does not happen again.”

“The Conception boat fire was a horrific accident that never should have happened. Outdated safety regulations contributed to the tragic deaths of 34 passengers,” said Sen. Dianne Feinstein. “I worked with Representatives Carbajal and Brownley last year to pass a bill that would update these regulations and help ensure more lives aren’t lost in similar accidents. I’m pleased by the Coast Guard’s move to implement the lifesaving changes our bill requires.” 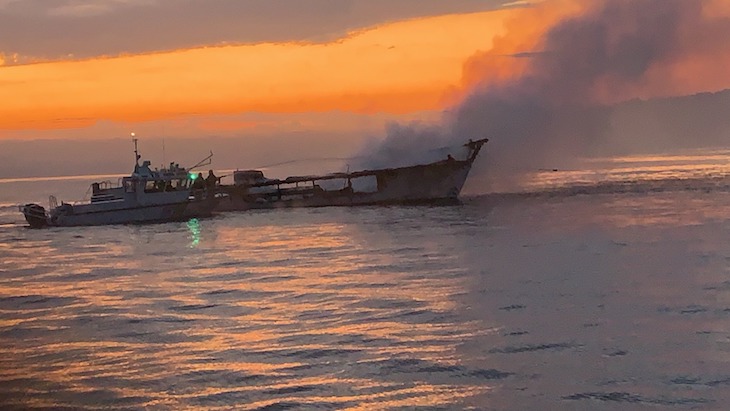 Key safety measures to implemented include:

The bill was signed into law on January 1, 2021 as part of the 2020 National Defense Authorization Act. The bill directs the Coast Guard to implement updated safety regulations for small passenger vessels, like the Conception.

It does seem that the vaccine

No such thing as a "high

If "somebody" had enabled the

Why can’t our county roll out

The current level of Cachuma

BS - the county tells the

"I also heard a rumor that

If he behaves in prison he'll

Most stores carry them now.