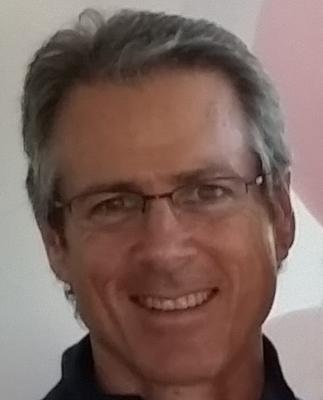 Brent Koch Daniels, Jr. died peacefully at home in Nipomo, California, on March 31, 2020, at the age of 59. Brent was born on September 12, 1960, in Burlingame, but considered Monterey his hometown. He received a BA in Environmental Studies from UC Santa Barbara and a Masters in City and Regional Planning from Cal Poly San Luis Obispo.

In 1986 he married his partner in the adventure of life, Lisa Jean Glidden. They lived in Goleta while they raised their two daughters, Karisa Jean Daniels and Anjali Elizabeth Daniels. Brent was a proud Papa, supporting everything his daughters pursued. Brent was active in his chosen profession as a city planner in Santa Barbara County for more than 30 years in both the public and private sector.  He touched many lives through his work and was known for his humor, warmth, intelligence, and easy-going style. He was an inaugural Planning Commissioner for the City of Goleta and served for seven years. In 2015, he was honored as Goleta Public Servant of the Year. Brent made life-long friends as he participated in various sports throughout his life, including baseball, fast-pitch softball, and cycling.

In Fall 2016 Brent was diagnosed with Gerstmann-Sträussler-Scheinker disease (GSS), a rare neurodegenerative brain disorder. In 2018, Brent and Lisa moved to Nipomo, California, into a newly-built accessible home where he could be cared for entirely at home.

Brent is survived by his wife Lisa, daughters Karisa (Brady Blasco) and Anjali, mother Frances Newman Daniels, brother Bradley Allen Daniels (Beverly), and step-mother Victoria Daniels. He is also fondly remembered by other family and many friends. He was predeceased by his father, Brent K. Daniels, Sr.

Brent’s family is grateful to the many individuals who provided support during the last years of his life, including doctors and research professionals at UC San Francisco and Sansum Clinic, Wilshire Hospice team members, care providers, and physical therapists.

Our bicycle rides, hikes, beers, good food out, your grilling on the deck, music and laughs with you, I will always remember those times. I miss you my friend.

So sorry for your loss. A good dad is a treasure.

Lisa n Family: Sharing in your sorrow .Brent was a Special Guy with many good qualities that made him who he was. His Smile was contagious. Rest in Peace, Brent

Life is short. Let everyone you know you love them in word and in deed. My mother died at 59, and my special thoughts are for his children who lost their dad at way too young of an age.

Super nice guy, taken from us way too soon.

Very Sorry for your loss God Bless You...

May his family find peace.