“It seems that no one in America today doesn't know the phrase 'supply chain disruption.' That's why, as Chair of the Subcommittee on Coast Guard and Maritime Transportation, I've held hearings on these ongoing bottlenecks and met with stakeholders across all industries who've felt the pain of these disruptions—including those who've had problems with ocean carriers," said Rep. Carbajal. "I was proud to stand with President Biden today to get this bipartisan overhaul of our shipping rules signed into law, and I was proud to work with the Transportation and Infrastructure Committee to promote this important legislation that will protect American manufacturers and farmers and counter trade imbalances with foreign exporting countries.”

The Ocean Shipping Reform Act will help level the playing field by empowering the Federal Maritime Commission (FMC) to strengthen oversight of the shipping market and lower costs for consumers.  This legislation will boost funding for the FMC and implement several key measures:

Through his role as Chairman of the Coast Guard and Maritime Transportation Subcommittee, Congressman Carbajal has held key hearings and met with stakeholders to highlight the impact that supply chain disruptions and maritime shipping cost increases are having on American families.

The Ocean Shipping Reform Act has been endorsed by a broad coalition of trade groups, including the National Association of Manufacturers, American Association of Exporters and Importers, National Retail Federation, Association of Food Industries and Consumer Technology Association. 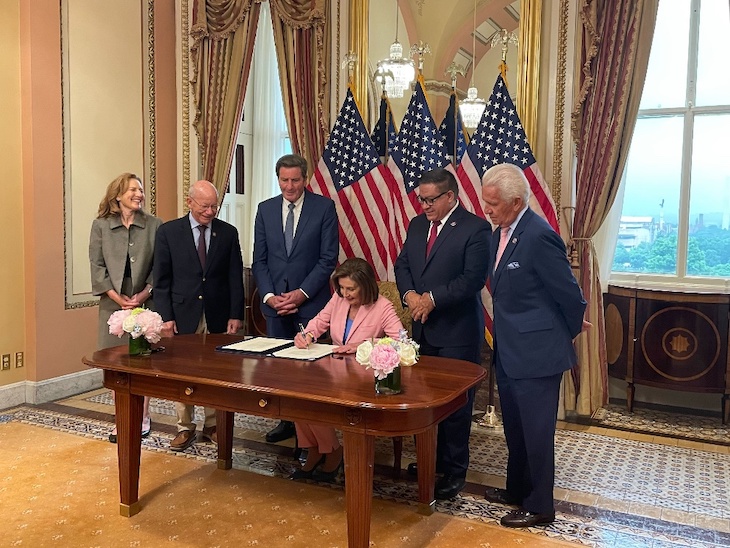 Rep. Carbajal and his colleagues in Congress have been working around the clock to advance policies that will lower costs for Central Coast families and small businesses.

Earlier today, Rep. Carbajal voted to advance the Lower Food and Fuel Costs Act to slash prices in grocery aisles and at the gas pump by supporting America’s farmers and ranchers.

The legislation crafted by Carbajal and his colleagues on the House Agriculture Committee would address rising cost of fertilizer for California farmers, which is driving up food costs at grocery stores nationwide; increase competition in consolidated meat and poultry markets; promote renewable energy and biofuel production; and strengthen the U.S. food supply chain.

Additionally, the Bipartisan Infrastructure Law delivered $17 billion in funding for the United States’ ports and waterways – the largest-ever federal investment in port infrastructure.

Rep. Salud Carbajal represents California’s 24th congressional district, encompassing Santa Barbara, San Luis Obispo and part of Ventura County. He sits on the House Armed Services Committee, Agriculture Committee, and Transportation and Infrastructure Committee, where he serves as the Chair of the Subcommittee on Coast Guard and Maritime Transportation.