The Santa Barbara Police Department reports that Ashley Zachman, missing since May 29, was been located today. She is safe and unharmed.

Her extended family wishes to thank law enforcement for their exhaustive search as well as all within the Santa Barbara and Ventura community that took part in that effort.

The Santa Barbara Police Department has released new details regarding the missing woman who was last seen over a week ago.

On June 8, 2020, The Santa Barbara Police Department announced they obtained surveillance video depicting a woman believed to be Zachman. The video showed a woman in Ventura on Monday, June 1. She appeared to be alone. A family member confirmed the woman in the video was Zachman.

The Santa Barbara Police Department is collaborating with the Ventura Police Department and Ventura County Sheriff's Office. She is believed to have made it home between 5:00 - 5:30 p.m. where her cell phone was found. Her car, a white 2008 Mazda 3 with license plate 6DRL358, is also missing.

Friends and family have not seen or heard from Zachman since she left her shift at the hospital. They say this is uncharacteristic and she has never disappeared before.

The search has expanded into other states. Zachman has previously worked at Huntington Hospital in Pasadena and is originally from Minnesota. 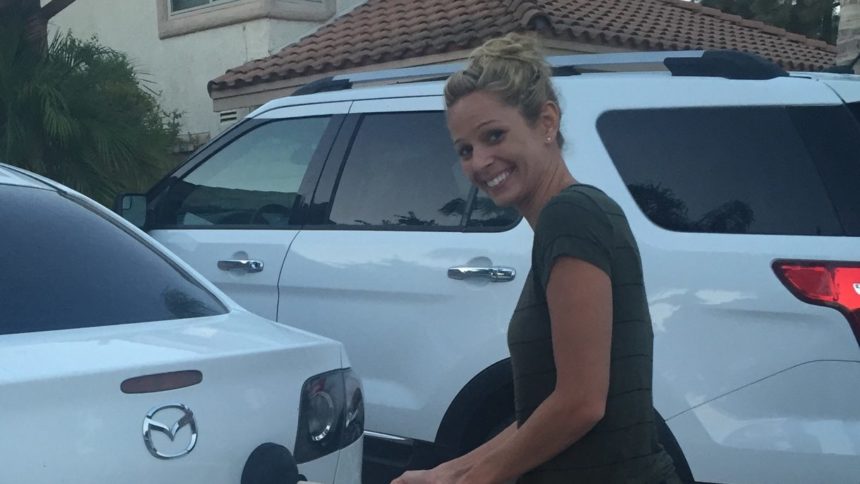 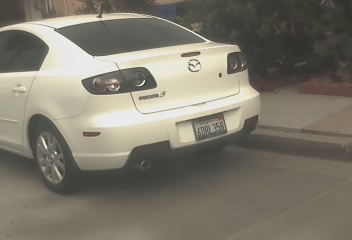 Santa Barbara resident, Ashley Lynn Zachman was last seen working at Cottage Hospital (320 W. Pueblo St.) on Friday May 29, 2020, at 5 P.M. Zachman’s family members and coworkers have not seen or heard from her since she left work on Friday.

Zachman’s parents notified police that their daughter was missing after she did not show up for work this evening. The parents stated this is out-of-character for Zachman and she has never shown a pattern of running away or disappearing.

She is a Nurse during a Pandemic. Enough said. She has dedicated her life to helping others and the one time she may need help you people think it is your business? Why? Try being on the Front Lines everyday of a deadly virus first then afterwards you won't need to ask why, you will ask why not? Other Nurses have already committed suicide. So just be thankful she is alive still and able to get the help she may need to move forward. Can you imagine going to work everyday, seeing people so very sick and struggling, knowing any second you could get sick and be one of them! Prayers is all you should care about. You just may need her to save you one day!

Personal life is not a reality show that the general public is entitled to know about. Lord knows I have wanted to walk out the door, get a ticket to some random place, be alone and catch my breath for various reasons. Even though many who do not know her were concerned or looking, an adult woman stepping out of her normal life of her own accord IS NOT A CRIME and NO, YOU ARE NOT ENTITLED TO ANSWERS. This is not the Truman Show. It's like many of you would be happier had she been found in a harmed state. Be glad she is safe and move on with your own business.

being a nurse, i am sure she saw many things that would overwhelm anyone's psyche. also, remember that nurses are on the front line - risking themselves every day. case in point ---

Just glad she is safe!
She probably was emotionally distressed and possibly very depressed.
Working at Cottage with all the Covid flying around.
Health care workers are under allot of stress because of the pandemic. We only have to wear the masks when were out and less than 6 feet apart. The healthcare workers are required to wear them for 12 hour shifts and they are the N 95 that are hard to breath in. They are taking allot of risk in their work and have to work in difficult stressful circumstances, a non medical person has no idea.

If she was truly distressed her first thoughts will not be about inconveniencing others. You all bitching about it - you're vultures.

Let's get some accountability and transparency, how much was spent on this case looking for her (hours worked, cost) and diverted from other active cases where families are still looking for justice?

Pretty sure the taxes she's paid through the years more than covered it.

You can do a "Go Fund Me" I'm sure donations will come in that way might even be a few bucks over for the whiners wine....

Wow, I bet that's a lot less than it cost for 6 firefighters to carry me off a trail when I bit it on a trail run a couple of years ago.

So glad she is safe

Let her be. Don’t turn the life of this woman into your personal version of “The Truman Show II”.

So good news but way out of line. Next time you want to hit up a rally and rage against the man, Call A Friend!

It's rare for happy endings after this much time. I'm just thankful that she is safe. Hopefully she'll be able to right herself.

The woman needed SPACE! Do you understand? SPACE!

Then she should have told her family instead of disappearing and worrying the community! The way she went about it seems like a call for attention, otherwise, she would have let people know she need to check out for a while.

I want to know the story! Where was she? Why did she leave like that and not tell anyone if it was so out of character for her????? What HAPPENED?

It is NONE of your business. Get a life.

I want to know too! Super inconsiderate and she had a whole community worrying about her. Especially with how anxious things are with covid and her being a nurse at the hospital, thought she harmed herself. Glad she didn't!!

Probably just needed a break. I know the feeling. It's really none of our business if there's no criminal in the mix we need to be aware of.

Such a relief so glad she's safe ! She can be outrageously funny besides being a great R N. One night her and another nurse did a Valley Girl /Minnaasoota Blond skit, I laughed so hard I thought I was going to have a heart right there , Again. lol

So glad you're home. Don't need to know where or why you went.

Such a relief. The only things to give her are space and prayers.

After wasting everyone's time and taxpayer money some public explanation is in order.

Would you rather she be harmed?! My goodness..

I have to agree with generaltree. It was all over the media AND a gofundme was started to hire a PI and pay for any of her upcoming bills. It raised nearly $9000 last time I checked. I don’t know her , but because of all the coverage and pleas for help in finding her I even spent a fair amount of time worrying and looking out for her. The least they can do is give some sort of explanation or she can offer an apology for the waste of public resources.

What's the point of speculating?

Looks like she took off under her own free will and apparently is ok with her friends and family stressing out of their minds. That's not a particularly nice thing to do.

Hopefully this lands in the “Not all who wander are lost” category. This makes me feel so bad for her, her parents, siblings, friends, and coworkers. Hopefully she is recalibrating herself in a safe, rejuvenating environment.

It seems there are three scenarios here. 1) She was kidnapped, 2) She decided she couldn't cope and ran away, and 3) She ran off the road somewhere in the hills like that woman did some years ago and will be found by hikers someday. I'm pleased the circumstantial evidence points to #2. If so, I hope she finds peace where ever she is.

Called it! I hope whatever drove her to run off gets fixed.

or shes an adult and can make adult( and sometimes stupid ) decisions. people can change their behavior without having to explain to the mailman why

Substance abuse, mental health emergency, escaping an abuser - literally dozens of things it could be, not certain how it could only be 3.

I really hope shes found safe and left on her own but she should be calling family or a friend to let them know she is doing okay.

I think there is another young lady missing from our area?