Sunday evening at 6:48 pm Santa Barbara City firefighters responded to a report of a structure fire in the 1700 block of San Andres St. Smoke was visible from several blocks away. Engine 5 arrived first on scene and the captain reported heavy smoke and flames were visible from the single family dwelling. The firefighters initiated a fast attack and took hose lines interior to fight the fire. The fire was knocked down in eleven minutes. All of the occupants had evacuated prior to firefighters arriving.

No injuries were reported and the damage was estimated to be approximately $100,000. The cause of the fire is under investigation. The response included three fire engines, a ladder truck, a hazardous materials unit and a Battalion Chief Officer. Santa Barbara City Police responded and assisted with traffic control. Most residential structure fires are related to cooking incidents. Smoke detectors save lives. Your home should have a working smoke detector in every room. 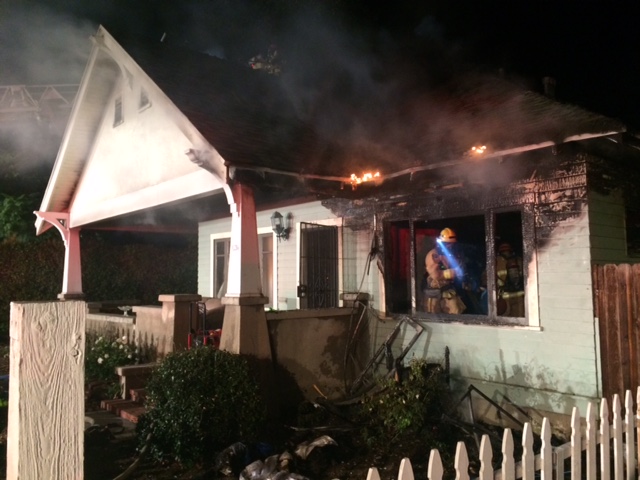 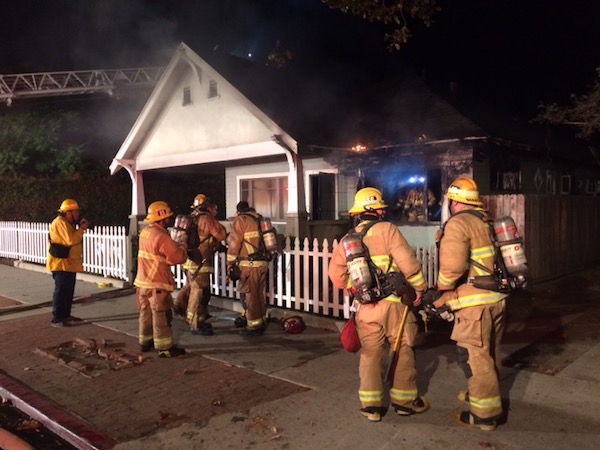 Firefighters are on scene of a working structure fire in the 1700 block of San Andres St. Please use caution if you are in the area. We will update this incident when we have new information.

Structure fire in the 1700 Block of San Andres.

Wonder how many of those

Some residents have lived

A hammer to the knees of an

After Religion, Then What? Enlightenment Values

That's obviously a group of

Why not just cancel it? Yet

Heard it on the scanner per