Speakers on stage during the Women's March/Rally (Photo: Venessa Denny)

Thousands of activists filled De La Guerra Plaza on Saturday on the first anniversary of the National Women's March movement.

Event organizers estimate nearly 3,500 people showed up from 11:00 a.m. - 1:00 p.m. on January 20 with "pink pussy hats" and hundreds of colorful signs with clever sayings. "Grab 'em by the ballots," and "Girls just wanna have FUNdamental rights," and "Put some avocado on racism so white people notice," were just a few. 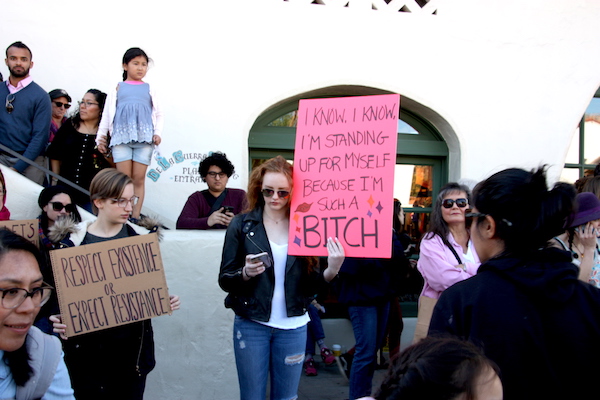 At one point a fire truck drove by on De La Guerra which prompted the entire group to stop, turn and cheer wildly, thanking our local firefighters for their efforts during the Thomas Fire and Montecito mudslide. 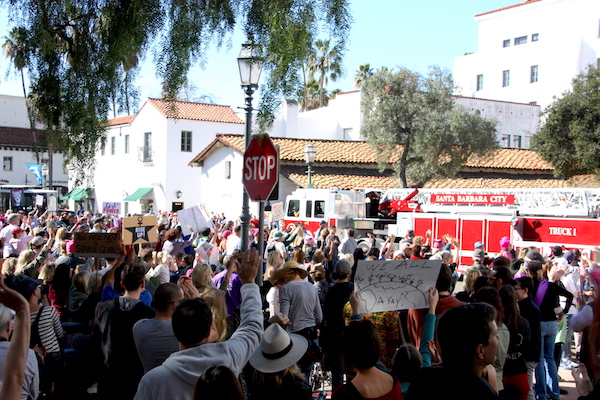 Last year it was estimated that 8,000 people gathered in De La Guerra Plaza to march down State Street. This year, the march was postponed to International Women's Day (March 10) as all our local emergency personnel has been strained due to the mudslide in Montecito.

The mission of the Women's March is to achieve justice through community action, harness the collective power of queer and trans folks and women, promote personal accountability to create change, and demand intersectionality and visibility for the disenfranchised, according to their local website. 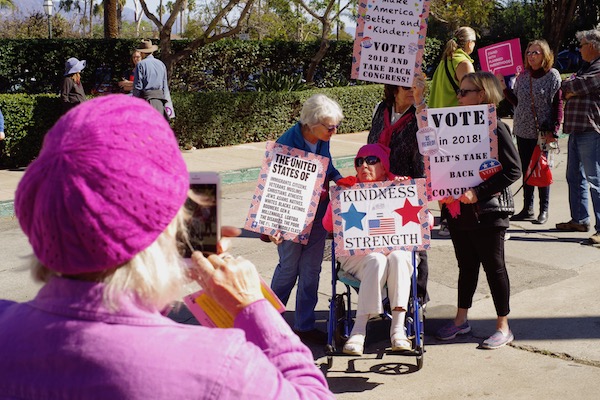 Separate events were also held in Ventura and Carpinteria as Highway 101 was still closed during this time.

The national movement this year focused on getting people out to vote with a secondary "Power to the Polls" events on Sunday. Volunteers were out in droves with clipboards full of voter registrations. "This next stage of the movement will channel the energy and activism of the Women's March into tangible strategies and concrete wins in 2018" the Power to the Polls website states.

View the photo slideshow from Santa Barbara's event below: 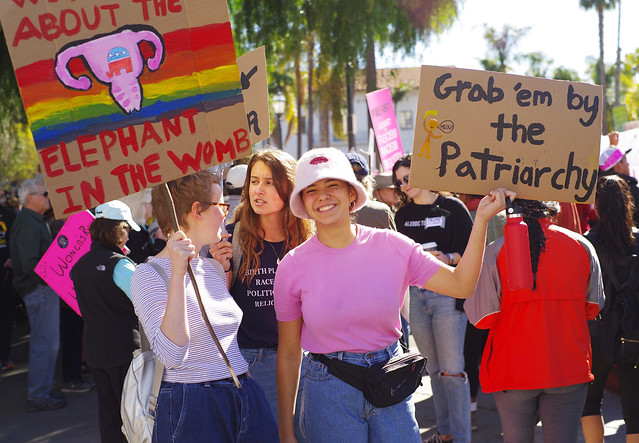 Suspect was seen reaching for