The victim was transported to Santa Barbara Cottage Hospital where he was stabilized by hospital staff.

The suspect was later identified as Santa Barbara resident, Anthony Cuevas, age 45. On May 28, 2020, at about 9:30 P.M., Santa Barbara Police Detectives located Cuevas in the 1200 block of Punta Gorda Street.

As Cuevas left a residence on a bicycle, K-9 Officer Signorelli and his K-9 partner Murdoch intercepted Cuevas and ordered him to stop. With Police K-9 Murdoch running closely behind him, Cuevas immediately surrendered without incident.

The knife believed to be used in the stabbing was later recovered, buried in the ground at a nearby location. Cuevas was booked for 664/187 PC , Attempted Homicide, and 245(a)(1)PC Assault with a Deadly Weapon. 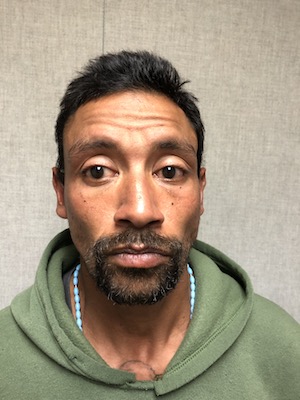 Love those K-9s. They are so eager and committed.

I find it interesting that KEYT "News" reports NOTHING about crimes, even MAJOR crimes that occur in Santa Barbara. Their "news" consists of COVID and Weather. Isn't there some FCC requirement to actually have to inform the public on local news events of significance to use the airwaves...?

KEYT news is largely a series of ads punctured with ads for KEYT itself. Little else.

Extra chewy and greenie and lots of belly rubs for Murdoch.

I must have slept right through it.