The California Highway Patrol (CHP) has announced a 24-year-old Santa Barbara woman died in the traffic collision on Highway 1 Friday evening. Her name has not been released pending notification to next of kin.

Investigators state a 55-year-old male from Lompoc was driving a 2005 Honda northbound on Highway 1 when for unknown reasons, he veered off the road and careened back across traffic lanes, striking a Nissan Sentra in the southbound lane.

The collision is still under investigation and the names of the people involved have yet to be released.

One person died and two are injured following a traffic collision near Lompoc on Friday evening.

Santa Barbara County Firefighters responded to a vehicle collision on Highway 1 at Santa Rosa Road around 6:20 p.m. Upon arrival crews discovered a head-on collision with three patients. One person was pronounced dead, the second sustained a critical injury, and the third sustained moderate injuries.

California Highway Patrol and CalStar helicopters also responded to the scene. Firefighters extracted the patients from their vehicles where the critically injured patient was transported to the Lompoc Airport and flown via CalStar to Santa Barbara Cottage Hospital. A second helicopter stayed in case the third patient's condition worsened.

CHP shut down the southbound lanes of Highway 1 at State Route 246 and the northbound lanes at Jalama Road. They were reopened before 8:00 p.m. 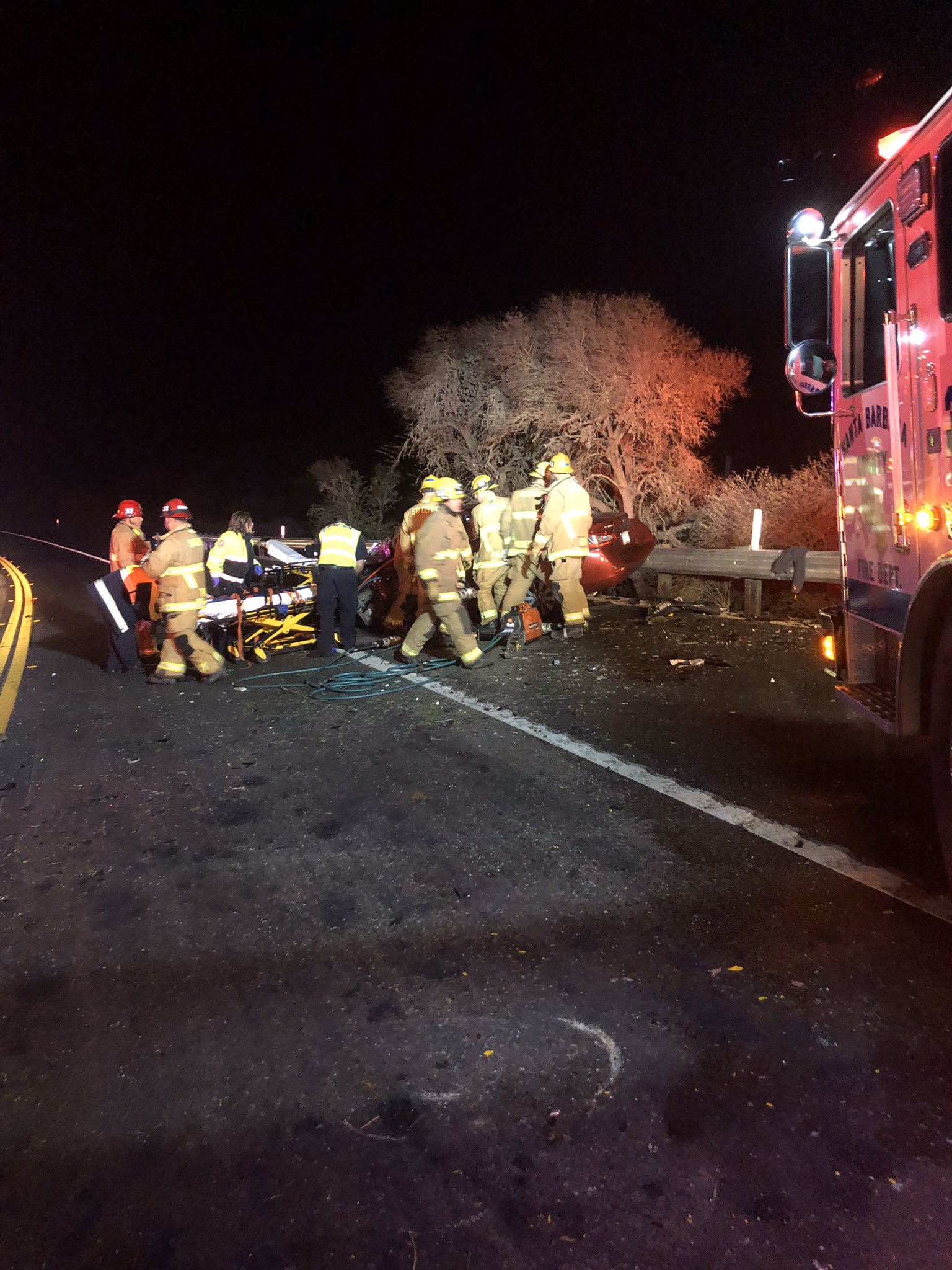 What a callous, unfounded

Some boomer with a camera

Would a reasonable person

A is for Anarchy. A is for

Nowadays the perp has no