The crew of whale watching boat Condor Express went above and beyond Saturday by rescuing a common dolphin.

After a tour around Santa Cruz island filled with sightings of four humpback whales and numerous pods of dolphins, the boat headed back towards Santa Barbara Harbor, according to the Condor Express.

An onboard naturalist noticed a dolphin that appeared to be in a clump of drift kelp. Upon closer look the dolphin was indeed entangled in polypro lines, a braided rope that's commonly used on boats. 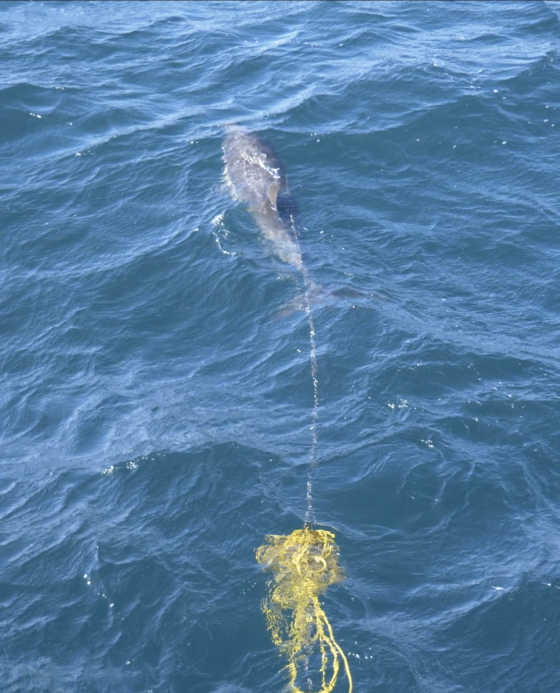 The crew noticed the rope appeared to be connected to a lobster trap line and the dolphin was entangled with the rope around its mouth, back, and pectoral flippers.

The crew were able to cut the line and the dolphin was freed from the rope and unharmed.

Condor Express recognizes their quick-think crew members Austin and Devin for cutting the line and Captain Dave for skillful boat handling during the incident.

View the full video below:

Not to mention the numerous

Are you that guy in idiocracy

Is that the circulating logic

Some people here are full of

No prob w me on 4th of July