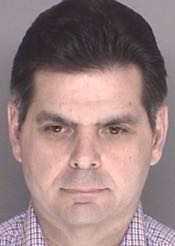 This case arose from a complaint by victim Robert Zemeckis that he had paid Melchiori Construction Company several hundred thousand dollars to remodel his home, but the defendant illegally used the money for his own purposes. After an exhaustive investigation, the District Attorney’s Office found that the defendant had used Mr. Zemeckis’s money to finance his own lavish lifestyle and to fund other projects. With the assistance of both the California Department of Insurance and the California Department of Industrial Relations, the District Attorney’s Office also found that the defendant had been under paying his workers on public works projects to finance his lifestyle, and that he had been funneling money through various companies to cover up his crimes.

A setting hearing for sentencing in this matter will be on January 8, 2020. The defendant faces a maximum sentence of 9 years, and 4 months in state prison.

I can’t believe it took her

Only 2 cases for Santa

I listened to all that public