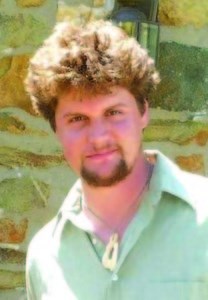 The light went out for so many on Aug. 27, 2020 when Keith Yves Chalifoux Feasey passed on in Santa Barbara. His wife and life partner Aeron Hart lost her husband; his daughter Aeona Hart lost her father; his sister Nikara Feasey and her husband Jamie Cherry lost their brother; and Andrew Hart lost his brother-in-law.

Keith's mother Zona Chalifoux and father Les Feasey lost their baby boy. Aunts, uncles and cousins covering the world will always carry him with them.

Beyond the immediate family, Keith was loved by so many. A charismatic, loving, fiery individual who made friends wherever he went. Although his friends were innumerable, many were life-long. You know who you are — Keith always kept you in his heart. As many of have indicated, he was “bigger than life and “a legend."

Keith was born in Pacific Palisades, California, and moved to Virginia as a child. He attended Merriweather Lewis Elementary School, Henley Middle School, Western Albemarle High School, where he played soccer and lacrosse on the varsity and junior varsity teams as a midfielder.

After completing the construction academy at Piedmont Community College, Keith went on to learn his craft as a winemaker at Keswick, White Hall, and Glen Manor Vineyards in Virginia, from 2009 to 2015. He knew winemaking production from the ground up.

At various career points, Keith was a winemaker, vineyard and cellar manager, also breaking ground and planted grapes for a new vineyard. In 2015, he was hired for these talents by Santa Barbara Winery and Lafond Label in Santa Barbara, where he oversaw white wine production until COVID hit.

Keith was passionate and proud of all his wines. In January of this year, two of his wines (2018 Sauvignon Blanc [Stainless Steel] and Sauvignon Blanc received a 92 and 90 rating by the Wine Enthusiast magazine.

A lesser known aspect of who he was, Keith was an amateur historian and very proud of his heritage, which has been traced back centuries all the way to pirates and Knights Templar of La Rochelle France, as well as New Zealand family with another prestigious and long history.

If needed, Keith with a hearty laugh would blame his genes for his love of wine and food.

Virginia was in Keith’s heart. He grew up building forts and beagling in the woods, hunting deer, participating in military reenactments, mucking stalls for his sister’s horses and becoming a crafted marksman. He loved his friends and helped create more than one good party around a bonfire on a Virginia farm.

In Virginia and in California, his celebration of life is consistent with Keith’s love of a good party, great food (southern BBQ) and wine.

We have a GoFundMe for Aeron and Aeona to pick up the pieces and have the protection and love from all who knew Keith. Visit https://www.gofundme.com/f/keith-feasey-funeral-proceeds

So very sorry for all who love him.

Got it. My sincere condolences Sir.

I am very sorry for your loss...

Anti-maskers should be fined

Burglary, as in the headline

Oh brother, I wonder how much

What a surprise. A con who

What a surprise. A flaming

You don't understand our