On Monday, May 25, at 11:41 PM Firefighters responded to a structure fire that caused major damage to the Growing Babies Preschool and Infant Center and the Church of Religious Science located on the 400 block of North Turnpike Road. Fire Investigators determined the fire was intentionally started inside the preschool. Between midnight and 3:30 AM, firefighters and Fire Investigators responded to two additional intentionally set fires on Vala Drive that destroyed several garbage cans and a portable toilet.

At 11:41 p.m., fire crews arrived at 487 N. Turnpike in the unincorporated area of the Goleta Valley and found "Center of the Heart," a large single-story church, with heavy smoke and fire.

Crews upgraded their response to a second alarm fire that included assistance from Santa Barbara City Fire Department. Eight engines, one truck, one Battalion Chief, and two ambulances arrived on the scene.

A section of Turnpike Road was closed during the fire response. There were no reported injuries and the cause of the fire is under investigation. 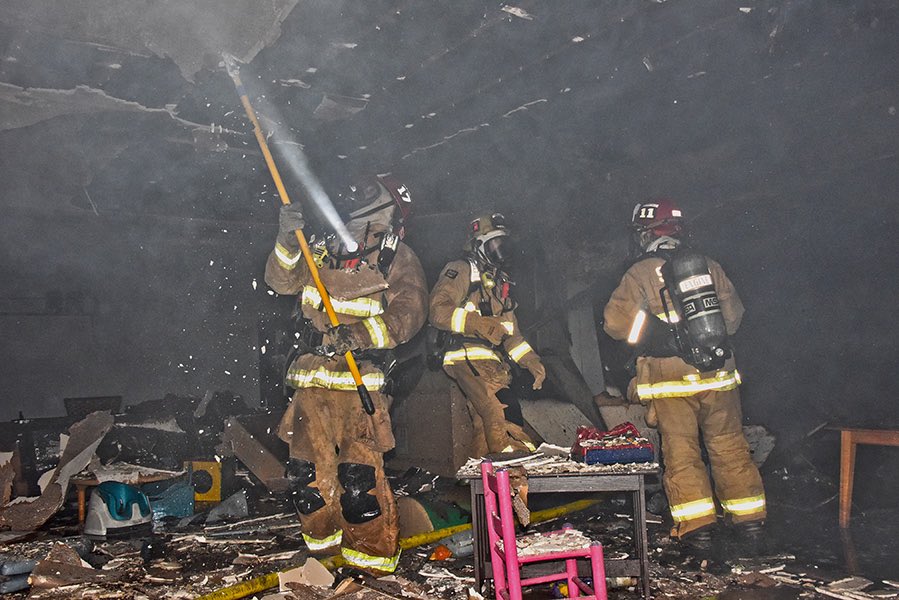 Maybe they can hold services outside for a few months while clean-up and repairs take place. Probably safer from the covid virus. I hope they had insurance coverage.

What was the cause of the fire? If a structure isn't in use, doesn't it cut the risk to nearly zero?

Not if a lightning bug lives in the neighborhood.

What risk are you talking about DUCK? Destruction of property is okay so long as your perception of risk doesn't figure into the equation? Are we so devoid of compassion for others that we can minimize their losses so cavalierly? Perhaps if it happened to YOU you'd feel differently.

At the time I wrote, nothing was known about arson. I asked a simple, civil question. ". . devoid of compassion for others that we can minimize their losses so cavalierly?" has absolutely nothing to do w/my question. If this is how you are going through life, it would behoove you to check into anger-management before you hurt your health.

OMG ! So sad....I hope the parents are held accountable.
What was the kid doing out, that time of night ?
Hope the church will recover..

Really sad that this was an act of arson, and especially the act of a juvenile. Maybe it was nothing more than a horrible prank, but childhood fire-setting is a textbook sign of oppositional defiant disorder, a precursor to sociopathy. Whatever the case, this kid has some serious behavioral issues and I hope he or she faces the consequences and gets the help they need.

Wow!!! Are you a psychic GIFTED IN SB? Nice diagnosis Dr. You’ve pegged this kid as a menace to society based on an internet news article, and some seriously warped stereotyping and preconception. Amazing how much prejudice a person will display in two sentences.

Sometimes those sort of things have more to do with being abused not always your standard text book horse manure.

You're absolutely right, and a lot of times these serious behavioral issues do stem from parental abuse or neglect. That's why I said I hope the child gets the needed help and intervention.

WHATEVER THE CASE - the individual risked the lives and futures of a whole neighborhood. I am sorry, but that counts a lot more than one kid. some people can be helped - some people cannot. I am sorry to see young people slip through the cracks - but I am MUCH MORE SORRY to see hundreds of lifelong hardworking people to be trashed because of the actions of one individual. get a grip !

Agree but you need to realize some people cannot "get a grip" and mental illness rears it's ugly head early in life, when a child cannot control their impulses nor understand them. I hope this child is able to get the help they deserve before they hurt someone. Starting fires is a very, very bad sign for this child's future, immediate intervention is likely their only hope.

its an odd ball 'church'...my wife ran the preschool attached to it for over a decade...that is the part of this that is truly sad. the 'church' is hardly a church and doesn't do 'services'. the preschool operates daily and employs many people, all now without jobs. Also the 40 or so kids and parents are affected. Very sad.

My daughter attended Growing Babies Preschool. It’s a cute inside and outside area and the staff put a lot of effort into it. I’m sad that it was destroyed and sad for the owner, teachers and children.