Which Casino Games Attract the Most Gamblers in the UK?

British gambling had quite a journey before it became what it is today. However, now that over 100 land-based casinos are scattered around the United Kingdom and many more online, its fan base has increased considerably.

With the traction gambling accumulated over the years, it's no wonder that the global gambling market is estimated to have gathered a whopping $456.61 (£377.38) billion as GGY(Gross Gambling Yield) in 2022.

But when it comes to popularity among casino games, which ones rise above the rest?

This game tickles the gamblers' minds, reaching a level of fame that crowns it as the most popular casino game in the UK. Some even believe that Roulette is the true symbol of casinos. But why do so many players choose it?

One explanation is that Roulette is one of the simplest casino games to understand, thus becoming attractive for new players. In fact, it looks so simple that everything about it seems to be left in the hands of Lady Luck.

To succeed at Roulette, you must remember that both advanced strategies and luck are involved. Taking the Law of Large Numbers into consideration is also recommended.

While you can play the other games mentioned in this article without a power plug, Slots are internationally famous electronic casino games. Due to their mechanics, they alone accumulated a GGY of £565m during a single quarter in 2022.

It's easy to see why so many people ant to play them. Developers and providers create and distribute slots in diverse ways, respectively, to diverse populations. This way, everyone can play various slot games without feeling like playing the same game over and over.

Slots provide great incentives to our imaginaries too! For example, the jackpots are still one of the most general information people know about a slot machine due to its monetary impact. However, in-game features, themes, songs, and game mechanics also contribute to a player's winning fantasies.

Another reason for Blackjack's popularity is the low house edge of around 0.42% to 1.5%. This means that casinos have a smaller advantage over gamblers. Combining that with in-game bets like splitting or doubling down gives you a better chance at succeeding than in other games.

Although it can sound complicated, it doesn't necessarily have to be. If there is no money or only symbolic sums involved, Blackjack is a great game for beginners. This is because its premise - reach 21 or as close to 21 and beat the dealer - is simple enough for most people to understand.

Unlike Blackjack, Poker attracts its impressive fan base with intricate play that includes skill, psychology, and strategy elements. For example, naturally gifted players at "reading" people could enjoy playing Poker because it trains their proficiency.

This casino game needs skilful players, as strategy is one of the most important factors in winning Poker hands. However, expertise is what makes Poker a less chosen casino game. Since it can be a long road for you to become a Poker master, many UK players avoid it to protect their wallets.

However, Poker has a huge advantage. It has an impressive history and is a culturally important game, appearing in numerous books, shows, and movies.

As you know, humans and dice have a strong bond that goes thousands of years into the past, so Craps is a clear choice.

One of the reasons for Craps' popularity is the excitement of a quick game that involves rolling dice and betting on the outcome. This element of chance adds unpredictability to the game, which booms the player's brains with dopamine.

This is also a relatively simple game to learn, even for beginners. Although many types of bets are available at the craps table, the game's development is simpler than Poker, for example.

However, like Poker, Craps is also present in our culture through movies, shows, and books. In fact, its popularity began to grow once James Bond was seen playing Craps in "Diamonds are Forever."

Baccarat is a card-comparing game that attracts players of all skill levels. However, Baccarat also has a reputation for being a sophisticated game, often associated with high rollers and high-stakes gambling. Therefore, you might play this game in premium casinos or VIP areas.

Even so, Baccarat is also a relatively simple game to learn and play, as it mostly counts on a chance to entertain.

Like other games in this article, Baccarat is also culturally present. Paintings that show Baccarat's extravagant public exist and have existed since the popularisation of casinos. A great example is "Baccarat - the Fur Cape" by Walter Richard Sickert.

Within this image, a woman covered in tiger fur, a hint of her affluence, is seated at the Baccarat table with her back turned to us, the viewer.

While making this article, we used a study on game popularity. Within the study from kingcasinobonus, we found that although Slots provide more than 70% of the UK's GGY, Roulette games have increased both in internet searches and land-based demand. In short, slots may be the big earners for casinos everywhere, but the UK seems to prefer Roulette.

In addition, we also found interesting insight into why people choose certain games over others, as well as customs found in different cultures around gambling.

The large pool of casino games and their variations have been gathered from different countries and cultures, which is why they manage to entertain a big chunk of the population.

Although the UK's favourite game is Roulette, this doesn't mean other games are decreasing in popularity overall. In truth, each game fluctuates depending on local preferences and/or global factors.

What do you think? Are you from the UK and enjoy playing Roulette, or do you prefer another casino game? Let us know in the comments section! 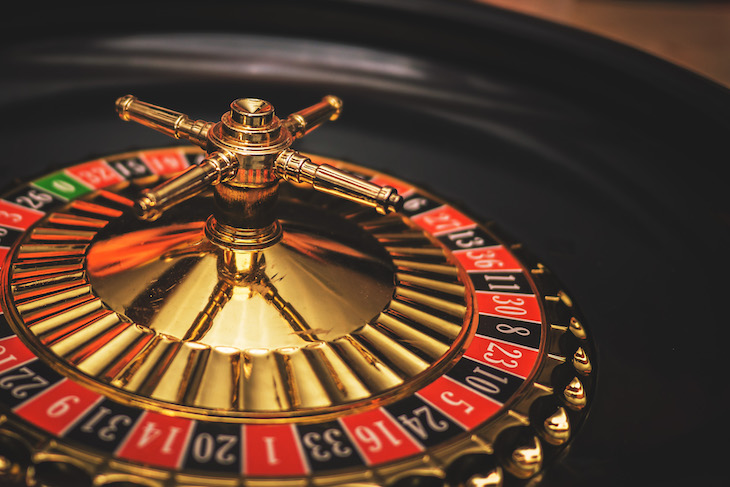 Maybe someone was breaking