Vegan Chef Challenge to Come to Santa Barbara in October

Inspired by the Sacramento Vegan Chef Challenge, Santa Barbara area restaurants are gearing up for a Vegan Chef Challenge in October. The fun, friendly competition is a month-long event challenging participating chefs to create delicious, savory vegan dishes for all patrons to enjoy.

“Our goal is to promote awareness of the health benefits of a plant-based lifestyle while encouraging more healthful vegan menu options at local restaurants,” said Beth Wettstein, a vegan since 2010, and the organizer of the Vegan Chef Challenge. “We hope to encourage everyone, not just vegans, to try out a dish.”

To participate, restaurants must agree to add a new vegan dish to their menu . To be considered vegan, ingredients must be free of dairy products, eggs, cheese, butter, meat, fish, poultry, whey, casein, gelatin, and glycerin (unless vegetable-sourced).

Restaurants are also required to offer the new menu item throughout the month that are different from vegan options found on their regular menu and are not available year-round. Oil-free, low-fat, and gluten-free options are also encouraged, but not required.

“Too often, the vegan option at restaurants is a salad or a veggie burger,” said Wettstein. “We want people to see that going vegan doesn’t mean giving up exciting, flavorful food.”

Awards will be based on diner comments, photos, and the dining experiences of the Vegan Chef Challenge organizing team members. Chefs will be recognized at a special ceremony in November.

To learn how to participate as a restaurant or a guest, visit www.theveganchefchallenge.com/santa-barbara. A voting system will be available online at that link starting October 1.

Members of the Santa Barbara Vegan Chef Challenge organizing committee will not receive compensation from this event.

The Vegan Chef Challenge was brought about to not only show the community how amazing vegan food is, but to bring the non-vegan and vegan communities together to share great food. It is also a way to show local restaurants the monetary benefits of offering vegan food on their menus. The competition seeks to encourage chefs, in a fun and exciting way, to push their creativity when creating their menus.

About Vegan Outreach
Founded in 1993, Vegan Outreach is a 501c3 nonprofit organization based in Davis, Calif. working to end violence toward animals. Vegan Outreach seeks a future when sentient animals are no longer exploited as commodities.
Vegan Outreach focuses on reaching the people who are motivated enough to make changes now and to provide additional encouragement. By steadily increasing the number of vegans, the organization is laying the groundwork to more quickly reach a tipping point. 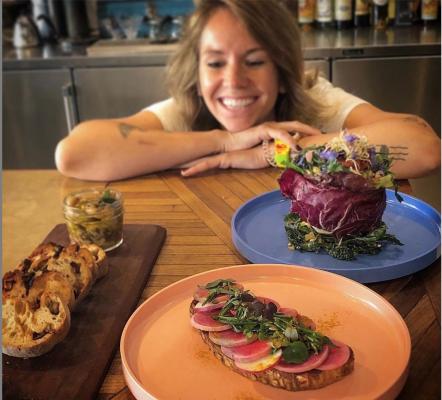 Downtown may not be as good

I knew this minor change

Most cities in their downtown

I agree with SBSAND, I see

California has road side

How much of this actually

People with uteruses do not