The Turner Foundation, a leading non-profit provider of housing and programs for youth, families, seniors, those with special needs, and low-income earners, is proud to announce that Dean Wilson has been named President and Chief Executive Officer. The appointment comes on the heels of a 10-month search process conducted by the Board of Directors. 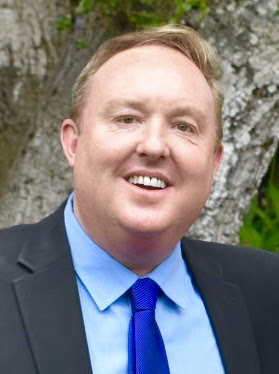 “We are very excited about the future of The Turner Foundation with Dean at the helm. He is a gifted leader and communicator, and his passion for service, commitment to the foundation’s core mission, and knowledge and appreciation for the foundation’s legacy make him uniquely suited to lead the foundation going forward.”

The appointment follows the retirement of the nonprofit’s former Executive Director, Reverend Dr. Jonathan H. Wilson, who proudly served the Santa Barbara and Riverside areas since 1987. Under his 33 years of direction, the Turner Foundation underwent several changes, expanding to two communities and broadening the scope of the foundation’s programs beyond housing. In 2019, the Foundation launched a scholarship fund for low-income youth named in honor of Patty and Jon Wilson.

Member of the Board, Curtis Yates, Esq., reflected on the past three decades of leadership under Dr. Wilson: “We are immensely grateful for Dr. Jon Wilson’s decades of service to The Turner Foundation. He and his wife, Patty, have given their lives to improving the lives of others. The Turner Foundation has grown in every way under Dr. Wilson’s leadership—and has impacted the lives of thousands of people.”

Dean Wilson brings a diverse background in non-profit work as well as start-ups in the for-profit arena. From 2001-2009, he served at The Turner Foundation in various roles. He was instrumental in bringing the Foundation to Santa Barbara and launching the low-income housing community and programs now known as The Village. Wilson also founded the Good Life Television network (www.GoodLifeTelevision.org) as a program of The Turner Foundation.

Wilson is excited about his new role: “This is the single-greatest moment in my career. I am so grateful. When I got the news that I was selected to be the new leader of The Turner Foundation, I experienced a mix of profound joy and tremendous energy to dream. There is so much we can do, together, to improve the lives of other people. The scripture says ‘those who have been given a trust must prove faithful.’ I am humbled by the trust I have been given and will make it my mission to prove faithful.”

Wilson brings to the position a strong background in finance and asset management, having worked at Wall Street firms Morgan Stanley and Wachovia for eight years early in his career. In financial services, he was ranked first in his class of over 200, achieving promotions to Assistant Manager and Vice President. His expertise led to the request of Mr. Wilson’s insights at speaking engagements around the country.

Wilson and his family relocated to the Dallas-Fort Worth metroplex from 2009 through 2018—where Wilson launched Behind Every Door. Behind Every Door has been instrumental in bringing about neighborhood transformation to some of the most difficult areas of Dallas. Behind Every Door has received praise from D Magazine as well as CBS and NBC affiliates for their innovative approach. Wilson was also the founding CEO of two technology start-ups and a founding partner of a security firm while in Dallas.

Wilson has significant experience in non-profit fundraising—having served in a development role at Mission India as well as recently serving as the Executive Director of Christian Legal Aid of Los Angeles for two years.

Wilson received a BA in Communication Studies from Westmont College. He lives in Santa Barbara with his wife Susan and their five children.

About Good Life Television
Good Life TV’s mission is to inspire, encourage, educate, and empower. We dwell on the good and shine light!