The Board of Directors and Staff of Solvang Theaterfest are pleased to announce that Santa Ynez Valley resident Mary Ann Norbom has been named Executive Director.  Solvang Theaterfest is a 501 (C)(3) nonprofit organization that owns and operates Solvang Festival Theater.

“We believe Mary Ann can lead Theaterfest in meeting its strategic goals, while expanding relationships in the community,” said Board co-chair Dr. Bob Baehner. 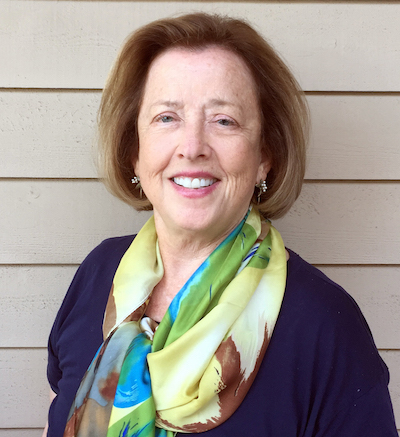 Ms. Norbom has a lengthy history as an entertainment journalist working with magazines, newspapers, television, and websites in staff and freelance capacities. For eight years she ran her own features agencies servicing publications in the U.S. and abroad. She has extensive experience dealing with the performing arts and performing artists. Since 2014, she had been the Lifestyle Editor at the Santa Ynez Valley News where she developed extensive relationships throughout the Valley.

In 2011-2012, Ms. Norbom took on the challenge of fundraising and development at the Santa Ynez Valley Historical Museum. Since 2012 she has served on the auction committees for the biennial Santa Barbara Vintners Wine Auction benefiting Direct Relief.  She is a member of Direct Relief Women and in 2012 and 2013 served on the organizing committees for DR Women’s annual Mother’s Day fundraiser.

Solvang Festival Theater serves as the summer home of Pacific Conservatory Theatre (PCPA). Solvang Theaterfest produces its popular Jazz & Beyond summer concert series, and produces concerts with such well-known performers as Clint Black and The Time Jumpers featuring Vince Gill.  Additionally, it is an invaluable community asset where other nonprofit organizations can hold their own fundraising events.

Ms. Norbom succeeds Pam Pilcher as executive director. “Pam did an outstanding job for Solvang Theaterfest,” said Board Co-Chair David Wyatt. “We are sorry to see her retire, and hope she stays connected with the theater for many years to come.”

Said Ms. Norbom: “Pam elevated Solvang Theaterfest to a new level of professionalism that has me excited about joining this community jewel and working with its outstanding Board.

How am I deflecting when I

How am I deflecting when I

Someone who knows the victims

Trying to deflect? While it's

As the 49ers/Packers game was

The Bureau of Land Management