Santa Barbara Channelkeeper is pleased to announce the appointment of Ted Morton as its new Executive Director. Ted joins Channelkeeper at a pivotal time as the organization intensifies its efforts to tackle large-scale environmental issues through bold local action.

As Executive Director, Ted will guide the organization’s work to protect the health of the Santa Barbara Channel through science-based advocacy, education, fieldwork, and enforcement. He will support and expand Channelkeeper’s programmatic efforts to monitor waterways, advocate for protective environmental policies, hold polluters accountable, and ensure a cleaner, healthier water future.

Ted has more than 25 years of experience in ocean conservation policy. He holds a bachelor’s degree in political science from Furman University and a Juris Doctor from the University of Georgia School of Law. Ted grew up in Atlanta and has worked in Washington, D.C., Los Angeles, and New York City.

“After conducting an extensive, nationwide search, we are pleased to welcome Ted Morton as Executive Director of Santa Barbara Channelkeeper. His professional achievements are impressive, and he brings strong leadership skills and a tremendous amount of experience,” stated Board President Mike Wondolowski.

Before joining Pew, Ted directed a campaign at the Environmental Defense Fund to improve the international trade of coral reef wildlife. He served as the vice president of organizational effectiveness and operations at SeaWeb, as well as director of operations at the Pew Institute for Ocean Science. Ted was also federal policy director for Oceana, where he was actively involved in successful efforts to persuade Congress in 2006 to strengthen U.S. fisheries conservation and establish a deep-sea coral research program.

As policy director at American Oceans Campaign, he was instrumental in the passage of the Beaches Environmental Assessment and Coastal Health Act (“BEACH bill”) in 2000, which required states to adopt criteria for testing coastal recreational waters and notifying the public about beach water quality. He has also led and worked in coalitions on several other ocean and coastal advocacy initiatives throughout his career.

“I’m thrilled and honored to join Santa Barbara Channelkeeper as Executive Director. The organization has an impressive record of achievements that are a direct result of its programmatic excellence—from in-the-field scientific monitoring to environmental advocacy, enforcement, and community education. I’m excited to build upon Channelkeeper’s legacy of clean water work.”

About Santa Barbara Channelkeeper
Santa Barbara Channelkeeper was founded in 1999 as a program of the Environmental Defense Center and became an independent 501(c)(3) non-profit organization in 2001. For more than 20 years, the organization has worked to protect water quality, restore aquatic ecosystems, advocate for clean water, enforce environmental laws, and educate and engage citizens in implementing solutions to water pollution and aquatic habitat degradation.

Santa Barbara Channelkeeper is a member of Waterkeeper Alliance, a coalition of more than 300 grassroots Waterkeeper groups on six continents collectively patrolling and protecting more than 2.7 million square miles of watersheds and defending their communities’ right to clean water. It is also a member of the California Coastkeeper Alliance, a coalition of California Waterkeepers working to strengthen water quality and marine habitat protections at the state level. To learn more, please visit www.sbck.org 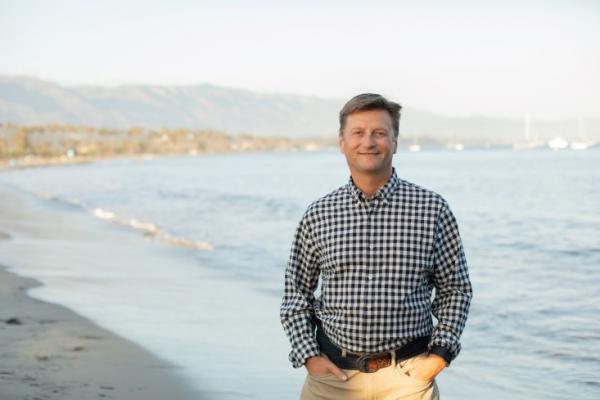 FOND - it's beyond that now,

You could have meant "5

Sac : so should you!