The Rotary Club of Santa Barbara (RCSB) enters its 103nd year of service to the community under the leadership of a new club president. Stacey Lydon begins her term this month with a with a vision to broaden the Rotary mission of service-above-self to a new generation.
It’s an apt goal, especially given that Lydon’s road to the presidency began as a 10th grader at Dos Pueblos High School. It was then that she helped found the school’s Interact Club, an offshoot of Rotary for young adults.

“I remember as a youth being impressed by Rotarians,” said Lydon. “I saw firsthand their commitment to service, their international reach, and above all, the impact they had on the local community.” She would later be honored by Rotary Club of Goleta Noontime as the Goleta Teen of the Year.

Lydon would eventually leave her hometown to attend UCLA where she earned a bachelor’s in international development and political science (Phi Beta Kappa), later continuing her education at UC San Diego with a master’s in international economics. Her professional journey began at the prestigious Santa Fe Institute, a post that afforded her the chance to become a global citizen with stints in Beijing, China, and Kigali, Rwanda. An opportunity to serve the University of California Education Abroad Program brought Lydon back to Santa Barbara 2009. Today she is a director of development for student affairs for UCSB. In addition, Lydon serves on the Santa Barbara Neighborhood Advisory Council and as a trustee for Network for Africa and The Santa Barbara & Ventura Colleges of Law.

Her tenure with RCSB began in 2016, eventually elected to its Board for the past three years before being named by members to lead the club for the 2020–2021 term. As president, Lydon continues a tradition of community leadership dating to 1918 when RCSB became the region’s first service club with 35 charter members. Since then, RCSB has held 5,000-plus meetings, counted more than 2,000 locals as members, raised millions of dollars for charity, and donated countless hours to the community.

“The longer that I’m in the club the more that I see that people are looking for ways to connect and help others,” said Lydon. “It’s a desire that spans all generations and backgrounds. The more that we work together, the more that we can accomplish. And Rotary is the kind of organization that creates opportunities for this to happen.”

While Covid has disrupted the traditional Rotary experience of in-person gatherings focused on fellowship, education, and acknowledgments of good deeds, it hasn’t stopped the work of RCSB. The club continues to meet remotely via Zoom and has service projects and fundraisers already planned for the new year. Among Lydon’s goals is to build on the club’s rich tradition and make it even more relevant for today.

“Our club helped Santa Barbara come back after the 1925 earthquake,” she said. “It’s been there through natural disasters, world wars, economic highs and lows. It was there during the Spanish Flu pandemic of 1918 and it’s here to help the local community through the Covid pandemic. A Rotary president pin dating back nearly 80 years was given to me this year for safe keeping. I look forward to passing it on to others who will keep the Rotary Club of Santa Barbara tradition alive for many generations to follow.”

For more information about the Rotary Club of Santa Barbara, visit www.santabarbararotary.com or email SantaBarbaraRotaryClub@gmail.com. 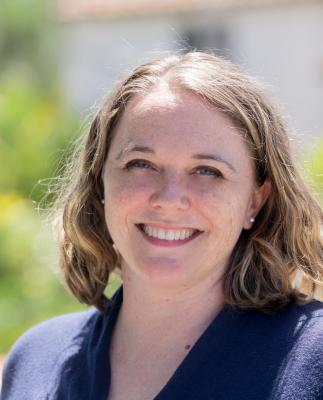 Two kayakers discovered the body of a missing male in the Santa Ynez River on Sunday.

The City of Goleta received a $5.56 million grant for the Goleta Train Depot Project which is matched by a $1 million commitment of City funds/

Ron shares a photo of the "Snow Moon" on February 4.

Meet Christian, one of the cutest pups you'll ever meet.

Cats of the Week: Quince and Persimmon

Meet Quince & Persimmon, a sweet pair of 9-month-old brothers who have been with ASAP Cats since August.

Tom is back with part two of "Feast or Famine" from Goleta Surfing.