The 54th Annual Fourth of July Parade is now in the hands of Santa Barbara’s Pierre Claeyssens Veterans Foundation (PCVF).  PCVF is responsible for many veteran-related events throughout the year, including the Veterans Day Ceremony and Parade, the Military Ball, Memorial Day Ceremony as well as other events honoring our local veterans and active duty service members.

More than 175 agencies will march in this year’s Fourth of July Parade to a patriotic theme during the annual parade down State Street. The parade begins at 1 p.m. at Micheltorena and State Streets and travels down State Street to Cota.

Applications for Fourth of July Parade participation are due by 6 p.m. on June 24 and can be found atwww.PCVF.org.

PCVF also hosts the free Fourth of July Concert at the Courthouse Sunken Garden, at 5 p.m. Featuring Steve Amerson “America’s Tenor” and the West Coast Symphony under the direction of Dr. Michael Shasberger and Christopher Story, VI for a musical experience that includes songs of America with music by John Philip Sousa, Henry Mancini and patriotic and popular Broadway tunes. Bring your beach chairs and blankets for this Santa Barbara tradition.

Pierre Claeyssens Veterans Foundation is committed to honoring the men and women who have served in U.S. military efforts. PCVF does this by supporting veterans and active duty members in Santa Barbara and Ventura counties as well as preserving military history and legacy. The Foundation is developing a Veterans Museum in downtown Santa Barbara as well as the “Wings of Honor” public art piece at the Santa Barbara Airport, both of which uphold Pierre Claeyssen’s vision that those who have served are “Never Forgotten.”  PCVF is funded entirely by private donations. For more information, visit www.pcvf.org or call (805) 259-4394. 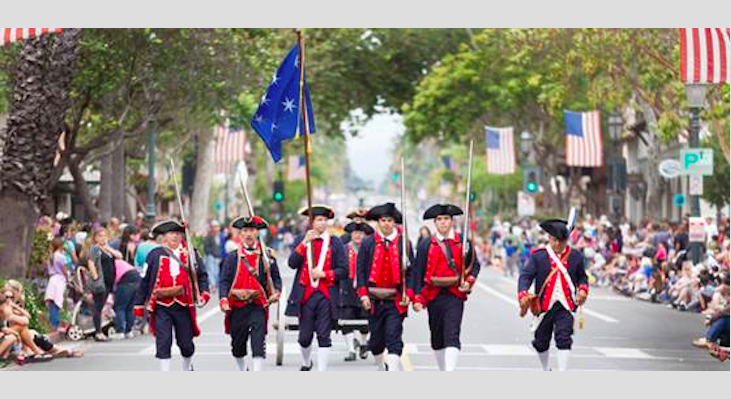 Hey, good luck to the new