Opera Santa Barbara (OSB) is honored to welcome Mahri Kerley, owner of Chaucer’s Bookstore and Dr. Dylan Minor, Head of School at Anacapa School to its Board of Directors.

“I am delighted to welcome Mahri and Dylan to the OSB family. Mahri has had a long relationship with the opera, stemming from her love for the art form, and her strong belief in the life-changing power of the arts and literature. Dylan brings to OSB his formidable strategic business skills , as well as the same kind of excitement for innovation that currently inspires the rest of our team. OSB is stronger for having them both on the Board and I look forward to spending time with both of them!” says Artistic and General Director Kostis Protopapas.

Mahri Kerley is the owner of the much-beloved Chaucer’s Bookstore and a long time community arts patron in Santa Barbara. Chaucer’s has remained Santa Barbara’s most popular independent bookstore. She returns to the OSB Board of Directors this year. Kerley is also a generous supporter of UCSB Arts and Lectures, CAMA, and the Music Academy of the West.

Dr. Dylan Minor earned his PhD and Masters of Science in Business Administration from the Haas School of Business, University of Berkeley. In 2009, he founded Omega Financial Group, a wealth management firm, in Santa Barbara that he still manages today. After serving as Chairman of the Anacapa Board for the 2017-2018 academic year, Dylan moved into the role as Anacapa’s Head of School in July, 2018. Under his leadership, Anacapa will focus more heavily on entrepreneurship, differentiation, and responsive curriculum.

Opera Santa Barbara is excited for its upcoming 19|20 Season of Romance that will feature timeless stories of love and drama. OSB opens with Puccini’s classic Madama Butterfly ( Nov 1 & 3) at the Granada Theatre followed by two OSB premieres at Lobero Theatre: Daniel Catán’s homage to poet Pablo Neruda, Il Postino (March 7 & 8) and closes with the passion of young love with Charles Gounod’s Romeo & Juliet (April 25, May 1 & 3). Information about the company and the 2019-20 season can be found at: www.operasb.org 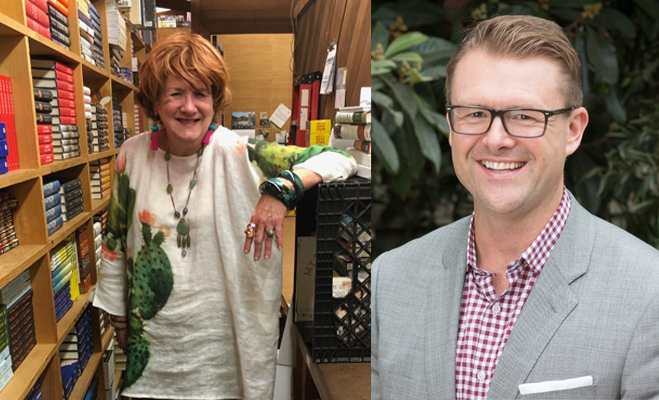 Founded in 1994 by Marilyn Gilbert and Nathan Rundlett, Opera Santa Barbara is committed to presenting opera productions and educational programs of the highest quality. The company has staged more than 70 operas and devoted thousands of hours to community outreach. The organization remains dedicated to the core passions that animated its founding: celebrating and championing the breadth and beauty of opera, and contributing to the cultural enrichment of the Santa Barbara community. Additional information is available at www.operasb.org. Opera Santa Barbara is a 501(c) (3) non-profit organization.

Rash of Earthquakes Throughout SoCal

The Public Health Department reports one death and 34 new COVID-19 cases on Wednesday.

The Election Office announced ballots were mailed this week ahead of the county voter information guide which will arrive later this week.

The National Weather Service has declared a Red Flag Warning in effect from 6:00 p.m. until 9:00 a.m. Thursday for the South Coast and mountains.

One local parent will boycott Goleta Union School District's virtual classes this coming Monday in protest of the district not applying for a waiver to re-open.

The Santa Barbara County Fire Department confirmed the cause of the brush fire near Los Alamos this weekend was due to a tractor mower.

The audio recording of the shooting of Ron Ely's son appears to contradict Sheriff's Deputies’ statements, reports The Independent.

An edhat reader is looking for a phone service where payment can be made by check.

Roger reports an assault with a baseball bat near the Los Banos Pool.