A CONVERSATION ABOUT BEING BLACK AND CREATING A DIVERSITY SENSITIVE ENVIRONMENT

(Speaker and Moderator bios below)

Each speaker will share their experience of how interacting with others have promoted their success and what an individual viewer can do to help one Black succeed. There will be Q&A following the talk.

This Spark! Lecture Series sponsored by the Rotary Clubs of the South Coast.

The lecture is FREE.

Please register to receive your link and join this family-friendly event.

As a global network that strives to build a world where people unite and take action to create lasting change, Rotary values diversity and celebrates the contributions of people of all backgrounds, regardless of their age, ethnicity, race, color, abilities, religion, socioeconomic status, culture, sex, sexual orientation, and gender identity. 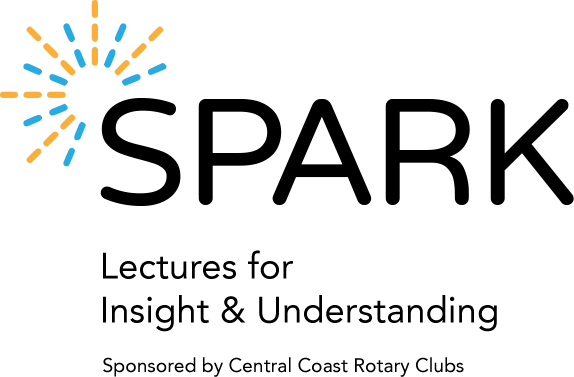 Spark! is a lecture series sponsored by Rotary clubs of the South Coast. The series promotes insight and understanding by presenting experts in science, politics, social issues, and innovation.

Rotary is an international humanitarian service organization helping to improve our communities and advance goodwill and peace in the world. It is non-political and non-religious and open to all. There are over 1.2 million Rotarians worldwide.

Michael Boyer has been working in Technology and Digital Marketing for 22 years. He is the Chief Operating Officer of Digital West, Inc., a company providing digital products and services to thousands of business across the country. Michael has Rotary in his blood, a fourth generation Rotarian. Michael’s Great Grand Father, Luther Hodges was Rotary International President in 1967-68. Michael’s Father is Past District Governor in District 5010, his mother is Past President of the Rotary Club of Wasilla and he and his wife are Past Presidents of the Rotary Club of Pismo Beach/Five Cities. Both the San Luis Obispo Tribune and the Pacific Coast Business Times recognized Michael with their “Top 20 Under 40” Award for his professional excellence and profound commitment to the Community. Michael lives in Arroyo Grande, CA with my wife and son.

Tom Rhodes is a 43-year-old, father, husband and Business Leader/Entrepreneur.  He currently serves as the Regional Vice President for Reveleer, a Healthcare IT Vendor, where he leads business development and go to market activities in the Western United States for the company.  Tom is also a member of the National Small Business Association’s Leadership Council Advisory Board.  He has worked for leading Healthcare companies such as Change Healthcare, Molina Healthcare, Truven Health Analytics (now IBM Watson Health) and GE Healthcare.  He attended the University of Wisconsin-Madison where he graduated with a Bachelor of Science Degree in Psychology & Behavioral Science.  He played football at Wisconsin and was a member of the 2000 Final Four Men's Basketball Team.  He earned his MBA in Finance & Healthcare Administration from Northeastern University, D'Amore McKim School of Business.  He lives in Santa Barbara, CA with his wife: Lexie, 4 year old daughter: Laurel and dogs: Milo and Ziggy.

Myke Rousell is a 2009 graduate of Tabor College where he earned a Bachelor of Science in Accounting and obtained his CPA certification in 2014. He began his professional career at a firm in Kansas. He focused on preparation of income tax returns, worked with multi-pier partnerships and corporate consolidations. Myke joined Brockway, Gersbach, Franklin & Niemeier, P.C. located in Temple, Texas in 2017. He provides tax and accounting services to businesses and individuals. Mike’s community involvement includes Temple South Rotary Club and Belton Christian Youth Center as a volunteer coach.

Mel Vines is Assistant Principal at Simi Institute for Careers & Education. He has served as a public school educator for over 42 years, with an emphasis in career education. He is committed to students’ success inside of the classroom and in life. Mel has earned his Masters of Arts Degree in Educational Supervision and Administration from California State University, Northridge, in addition, a Masters of Arts Degree and a Bachelors of Arts degree in Industrial Education from Long Beach State University. He has been a dedicated member of RCSS for sixteen years and serves an active role in the community. He is committed to developing cultural competence through nurturing strong interaction and collaboration within the community at-large. His cross-cultural experience has molded his beliefs in equity, celebrating diversity, and developing partnerships. Mel Vines is dedicated to helping others overcome barriers that adversely affect their lives. He is a member of the Rotary Club of Simi Sunrise (RCSS).

Dr Sylvia Whitlock Sylvia is a Rotarian, history maker, UN Global Citizen and all round Humanitarian. In 1982, while an Elementary School Principal in Duarte, CA, she was invited to join the history-making Ex-Rotary Club of Duarte. Dr. Whitlock became President of that club in 1987, the year the United States Supreme Court ruled that the club be reinstated, thus making her the first woman in Rotary International to head a club as President. Speakers Bio Sylvia's favourite club projects, while in Duarte, have included sinking water wells in Nigeria, setting up an AIDS Center in Jamaica, supporting an orphanage in Mexico, and raised almost $90,000 for Education for Girls in India. She continues to be inspired by the many Rotarians who have taken the organization to the edge of tomorrow and is committed to using the opportunity she has been given to further the cause of Rotary, in her community, in her country, and in the world Quotation "Rotary is the best vehicle she knows for humanitarian ventures in service to mankind"

Wade and his wife Debbie are both active Rotarians. Wade is a charter member (2002) of the Rotary Club of Carpinteria Morning. He served as the District Governor in 2011-2012, and the only Japanese American governor in that district’s 102 year history He is the recipient of Rotary International’s highest individual award, the “Service Above Self” Award, the Rotary Foundation’s “Citation for Meritorious Service” Award and the Foundation’s highest individual award the “Distinguished Service” award. Wade has been on over 50 international trips for Rotary, including an NID to India, where he has a special passion, having had polio as a child.

During WWII, Wade’s family were interned in Poston Arizona losing everything. Despite being a third generation American, he has faced discrimination in many areas of his life. To help address racial issues, Wade is a regular speaker on Civil Rights at Conferences including the Rotary International Presidential Peace Conferences, specifically on the internment of Japanese.

Wade is passionate about raising living standards and helping to build peace through his service activities. He is on the steering committee for HANWASH, a project to bring water and sanitation to all of Haiti. He is also the Rotary Foundations’ International Technical coordinator for Water and Sanitation and North American coordinator for all Areas of Focu