The 91st Academy Awards on Sunday 24 February 2019 are being held at the Dolby Theatre in Hollywood, with the red carpet walk beginning at 5 pm. ET. The awards ceremony begins at 8 p.m. ET. ABC is broadcasting the show, and can be viewed on the live stream on ABC Go and the ABC app, or stream the Oscars through YouTube TV, Sling TV, DirecTV and PlayStation Vue. The gala dinner following the awards is always a huge night for the Wolfgang Puck cast and crew behind the extraordinary gala dinner. 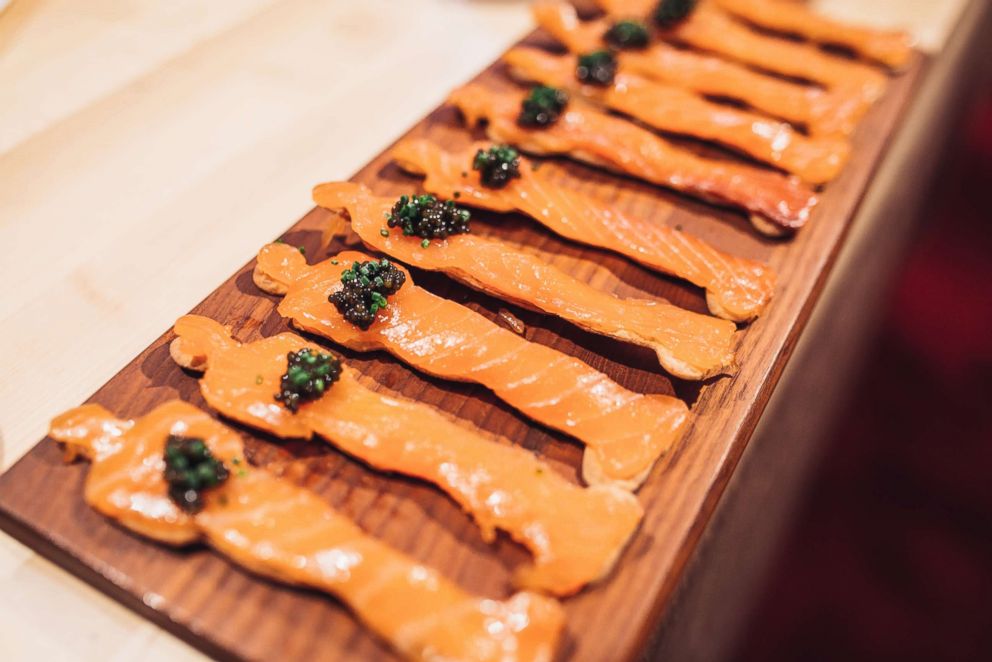 With five great directors being nominated for awards it will be a scintillating evening of talented directors, filmmakers, actors and an army of filmmaking specialists. Congratulations to the five Oscar-nominated directors, who accepted the SBIFF Directors of the Year Award during the 34th Santa Barbara International Film Festival earlier in February.   I was delighted to meet and interview many of them and will be on the edge of my seat waiting for the Oscar winner in directing to be announced.

Directors honored included Alfonso Cuaron (Roma), Yorgos Lanthimos (The Favourite), Spike Lee (BlacKkKlansman), Adam McKay (Vice), and Pawel Pawlikowski (Cold War). This SBIFF Awards event was the only opportunity for any audience to see all five Oscar-nominated directors on stage other than guests who will be in attendance at the actual 2019 Oscar Awards. Each one shared their views on their own work as well as the other directors on stage with them and gave up some very interesting details on the making of their individual films.

The Governor’s Ball is the official post-Oscars celebration, which immediately follows the awards ceremony. It is hosted by Academy Governor Lois Burwell, event producer Cheryl Cecchetto, and  Master Chef Wolfgang Puck. It is always a world of culinary sparkle at the Governor’s Ball, the official after-party of the Academy Awards, held in the Ray Dolby Ballroom. An estimated 1,500 guests attend this annual event, including all the VIPs, nominees and presenters.

Included among the unique dishes being served by Chef Puck and his staff of 200 are caviar parfait bites dusted with 24-carat gold, and caramel passion fruit lollipops as well as a variety of chocolate bonbons created by pastry designers Kamel Guechida, Garry Larduinat, and Jason Lemonnier, and Affogato with housemade ice cream and Stumptown Nitro Cold Brew to savor with vegan and gluten-free sweets like Cashew Vanilla Tiramisu. The grand finale of this dinner is always those famous chocolate Oscars – handmade by Wolfgang’s team and covered in 24-carat gold dust.

The evening gourmet bites begin with delicious nibbles such as wagyu beef tartar, puffed black rice, and spicy tuna tartar. The stars feast on small plates including white asparagus soup, caviar, chicken pot pie which he says is a favorite of Barbra Streisand, black bass, and scallops. The renowned raw bar offers oysters, sea urchin, caviar parfait, and crab claws. Once the Oscar party gets going it is estimated that more than £1,400 bottles of Piper Heidsieck Cuvee Brut will be poured.

Stars attending this year's Oscars Governors Ball will be treated to four different signature cocktails crafted by Mixologist Charles Joly. All of the cocktails feature Don Julio Tequila as the main ingredient and we've got the recipes. That means even though our Academy Awards invite got lost in the mail this year, we can at least have a party of our own. 6,000 specialty cocktails will be served. The Rosella is named for the vibrant and elegant hibiscus flower.

As Chef Puck points out, by the time the honorees get to dinner, they’ve been so busy getting ready they have not eaten all day. He said: “They might have had an espresso, a cup of tea in the morning, and that’s it. So they are all really hungry.” Kudos to Wolfgang and his staff and congratulations to all the talented winners, presenters, and nominees attending the 2019 Oscars dinner. Once again it promises to be a delicious and memorable evening.  Enjoy these recipes to create your own home Oscar party. Visit: www.wolfgangPuck.com. For a complete list of this year's nominees please visit: www.oscars.org

All the food in the world for those who earn a living by pretending to be real people, whilst actual real people by the 10s of thousands ask for handouts and rummage through the filthy rotten trash for scraps. Have fun Hollywood in your pretend world.

The irony is lost on this crowd.

I wonder what that's like, and I wonder if some of them remember what it's like <not> to have that lifestyle and do they sometimes miss being anonymous? Eating that menu wouldn't make up for not being able to walk on the beach or around the block without cameras following me. 'Bird in the gilted cage' syndrome.

It is still hotel banquet food, no matter how much gold dust you sprinkle on it.

There needs to be more focus

One of the people pictured

"Just a bit of trouble"

With all the dark money now

I suggest those who are

Crime in the county has not

Dr. Ansorg said that this

Does this cancellation only

The older I have gotten - the