A Win for the Brunettes at the Alzheimer's Association 2018 Game

Team Blonde Captain Natalie Ford and Emily Leiphardt and Team Brunette Captains Breanna Czenczelewski and Feli Rueff took the field at Bishop Diego High School on Saturday, July 21 for the Fifth Anniversary Blondes vs. Brunettes flag football game to raise awareness and funds for the Alzheimer's Association California Central Coast Chapter, where a huge crowd of friends, family, volunteers and sponsors gathered to cheer them on. 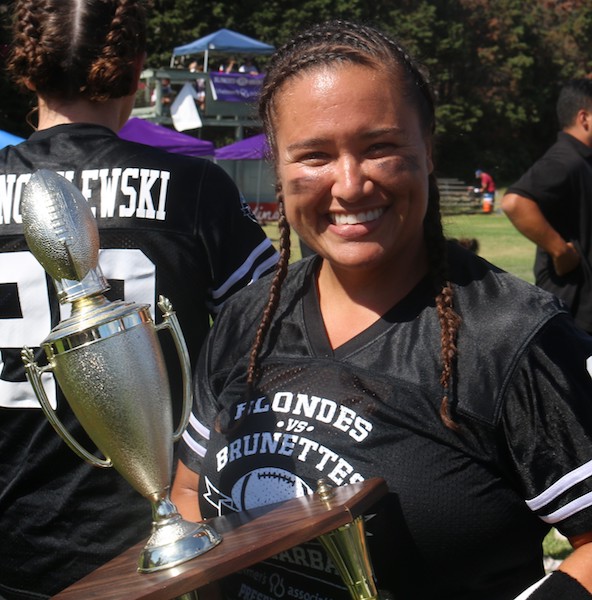 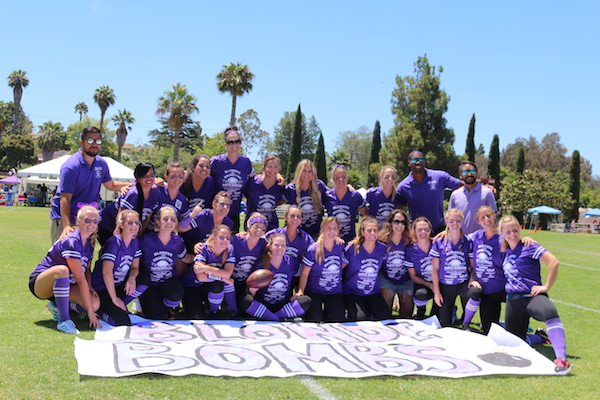 The game started with the National Anthem sung by Santa Barbara Soundwaves a Capella Group. KJEE was reported a blow by blow of the exciting game, and the VIP and bleachers were overflowing with supportive fans. The halftime show featured the KJEE & La Boheme Professional Dance Group. The game went into overtime at 0 – 0 and the Blondes scored, but were unable to make the extra point Then the Brunettes came on strong making a touchdown and getting the needed extra point to win the 5th Annual Brunettes & Blondes coveted trophy. Congratulations to both teams who played a great game! 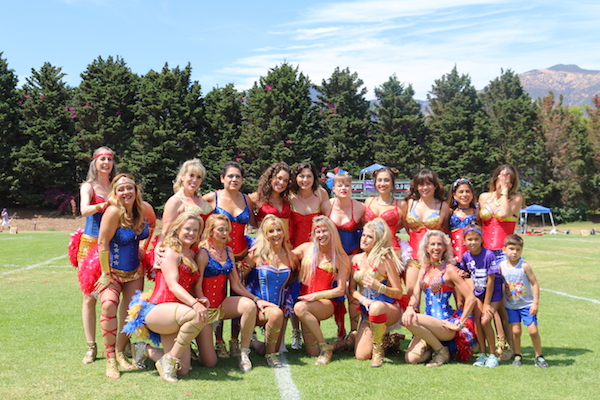 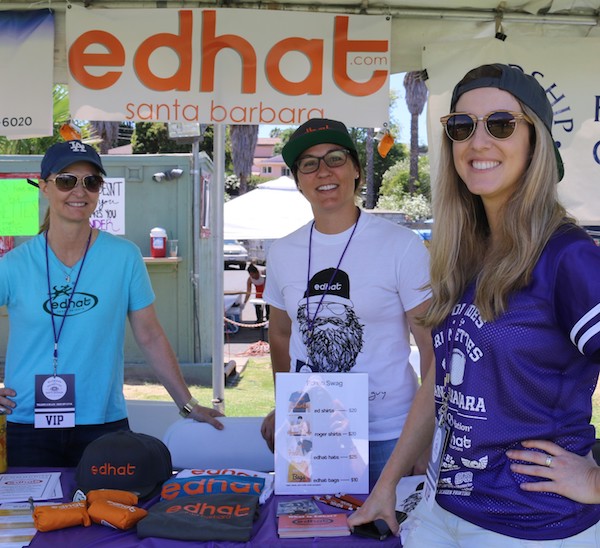 This game was especially important to five-year veteran Brunettes co-captain Breanna Czenczelewski, who has been a huge organizer and supporter of the Alzheimer's Association of the California Central Coast Chapter Blondes vs Brunettes since its inception. Her dedication has been in honor of her grandmother who suffered from Alzheimer's and passed away in 2017. This was Bre's last game, and she along with her team gave their all to make it a memorable one!

I was so impressed by these women who play for all those who have been affected by Alzheimer's, with the hope to one day eradicate this disease, and for a cure. The fun energy of the Blondes getting ready before the game in the locker room was inspiring, and the real friendship and support of all the players could be seen throughout the day. Despite the oppressive heat and humidity they got out there and played their hearts out to raise needed funds for Alzheimer's. Last year was 'incredibly successful” said Breanna Czenczelewski, and generated $80,000 during the season, and during the game Saturday it was announced by KJEE they had once again reached their goal for 2018.

About the Alzheimer's Association California Central Coast Chapter – The Alzheimer’s Association is the world's leading voluntary health organization in Alzheimer’s care, support and research. Their mission is to eliminate Alzheimer's disease through the advancement of research, to provide and enhance care and support for all affected, and to reduce the risk of dementia through the promotion of brain health. The California Central Coast Chapter provides services in Santa Barbara, Ventura and San Luis Obispo counties. They are located at 1528 Chapala Street, Suite 204, Santa Barbara, CA 93101. Their vision is a world without Alzheimer's. Visit www.alz.org/cacenrralcoast.