Outside view of Animal Rescue Team building in Solvang

The Executive Director and Co-founder of the Animal Rescue Team (ART) has been arrested over a feud with neighbors in Solvang.

On Monday, Julia Di Sieno was taken into custody for violating a criminal protective order filed by her neighbors, Mary and Richard Nohr. The Santa Barbara County Sheriff's Office confirmed the violation was linked to firearms DiSieno failed to turn in stemming from a criminal protective that included accusations of stalking and criminal threats. DiSieno was released from custody Tuesday morning and denies the allegations, reports KEYT News.

In December, 2017 Julia Di Sieno was formally charged by the Santa Barbara County District Attorney's Office with the Penal Code Violations of 422 - Criminal Threats & PC 646.9 - Stalking.  As a result, Di Sieno was issued a Criminal Protective Order pursuant to PC 136.2, which was ordered and served on 12-22-2017. 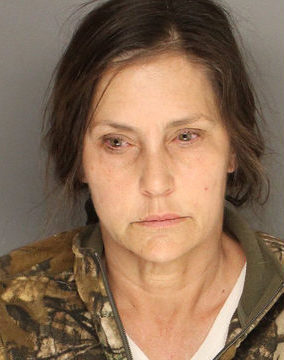 On 2-2-2018, SBSO Patrol Deputies, assigned to the Santa Ynez Valley, responded for a report of Criminal Protective Order violation, allegedly perpetrated by Di Sieno towards the listed “Protected Persons” noted on the Protective Order.  Based on the Deputies investigation, Di Sieno was in fact believed to have violated the Protection Order and the case was ultimately forwarded to the Santa Barbara County District Attorney’s Office requesting criminal charges be brought forth against Di Sieno.

Detectives with the Santa Barbara County Special Investigations Bureau began conducting an investigation. During their investigation, it was learned there were no indications that Di Sieno had surrendered her registered firearms / ammunition which was ordered by the court pursuant to the Criminal Protective Order therefore, a search warrant was sought and granted based on the probable cause that Di Sieno was in violation of the Criminal Protective Order.

On Monday, 2-5-2018, Detectives with the Santa Barbara County Sheriff’s Special Investigations Bureau conducted the warrant service at Di Sieno's residence, located in the Santa Ynez Valley.  As a result of the warrant service, numerous firearms were located along with a copious amount of ammunition of various calibers throughout Di Sieno’s residence.

Based on the findings, Di Sieno was found in  violation of California Penal Codes 166.4 - Violation of a Court Order & PC 29825(b) - A Prohibited Person Possessing Firearms in Conjunction of Restraining Order and  PC 22210 - Illegal Possession of Baton / Lead Cane.

As a result, Di Sieno was arrested based on the aforementioned California Penal Code violations and booked into the Santa Barbara County Main Jail, without incident.

ART is a Santa Barbara County organization that focuses on large mammal rescue but they claim to not turn away birds, raptors, and reptiles. They also rescue fawns and occasionally foster domestic animals until a home is found. According to their website, ART is licensed and permitted by the California Department of Fish and Game to rescue and rehabilitate injured, orphaned and displaced native wildlife. They're located in the 800 block of Carriage Drive in Solvang.

During the Jesusita Fire, ART states they rescued over 200 wild and domestic animals with numerous fire-related injuries. They're available 24/7 to respond to injured, orphaned, or displaced wild animals and state they work very closely with Santa Barbara County. "Animal Rescue Team is the only animal rescue facility equipped with an animal ambulance on the Central Coast. This allows us to better serve the animals and our community in times of disaster," their website reads.

ART's Facebook Page has been vocal about their issues with their neighbors, posting photos of cease and desist letters from the Santa Barbara County Planning and Development office as far back as April of 2017.

One such letter dated April 6, 2017, read Planning & Development "received a complaint regarding noise and nuisance impacts related to the operation of a wildlife species rehabilitation center" on residential property and that the Public Health Department determined there was evidence of noise nuisance. The center was ordered to cease wildlife rehabilitation activities for 90 days and limit the types and numbers of animals allowed on the property zoned 1-E-1, which means one acre of a single family estate under zoning ordinances.

Another letter dated August 31, 2017, was posted on Facebook by the same Planning and Development Department to clarify and apparently rescind the April 6th letter as the facility removed all adult coyotes from the property. ART commented on the post with, "Thank you to each of you, who stood by our side. Their cameras continue to zoom onto our property!!!! We never closed, we never will!" which appears to be directed at their neighbors.

Edhat has reached out to the Nohr's and Di Sieno for comment. We have not received a response from either party.

According to KEYT, Nohr said DiSieno did not threaten with a "real weapon," but made a machine gun sound with her voice and said something to the effect of, "I'm going to take you down." DiSieno responded saying she has never stalked nor physically threatened the Nohrs and in turn accused them of ongoing harassment and intimidation, which including placing cameras in the direction of her property.

Below is a video from 2015 showing Di Sieno and other ART volunteers releasing two rescued and rehabilitated coyotes back into wild.