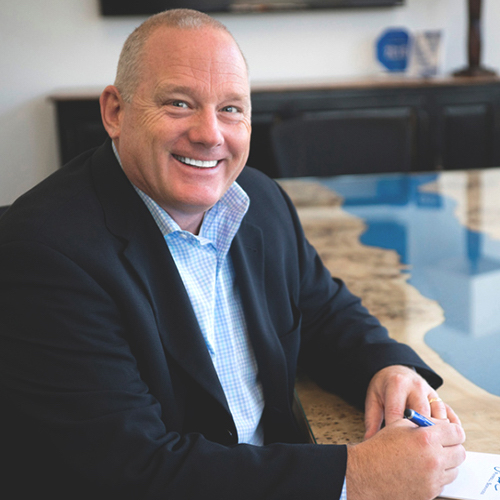 Long article in LA Times today about how the NTSB over the years has made many recommendations to make overnight boats safer based on past accidents and tragedies, and the Coast Guard who makes the rules has rejected most of them. Too bad the Coast Guard can't be sued for negligence.

Sue the lithium battery manufacturers of every passengers electronic devices too, since everything is now based solely on unfounded speculation.

She won’t be the first or the last to sue Truth Aquatics owners. I hope they can get their business going again. This was an accident and it shouldn’t ever happen again.

Ahoy Matey, Welcome Aboard "Facetious Aquatics", where we promise ye wont be burned to death in your sleeping bag. Really. We promise next time we wont let our greed and negligence kill 34 people, nor will we ever again make families spend painful years suing us for our loot and doubloons.

One way to ensure it never happens again, at least partly so, is to deep six Truth Aquatics. Not having a lookout posted was shamefully unprofessional and unacceptable.

Can't squeeze blood from a turnip. There are only finite assets and insurance limits on the table. Won't matter how many eventually sue. Nor do we yet understand if contributory negligence was a factor as well.

The lawsuit is understandable, but I'm afraid that it just compounds a tragedy.

Good article today on this disaster, it's causes, what is being done to protect other small boat passengers and crew in light of what happened on the Conception: https://www.latimes.com/california/story/2019-11-12/conception-boat-fire-coast-guard-ntsb-recommendations

Sounds like if a crew member had been (awake) on watch this accident could have been discovered much, much sooner, when the fire was starting. Sure engulfed the whole boat in a great big hurry.

Yes Flicka, with one or a few people on board waking to check things, anchor, every couple hours works. With 30+ passengers a continuous roving night watch is required and may likely have averted this tragedy. When there are plenty of crew onboard this is just good seamanship aside from law.

So sad all around. Tragic for this family.

Not nearly so tragic as for those who lost family members.

Yaaargh,.. Be Dive Boat Company with brand new boats.. Blast "Rock Lobster" for forty years.. Grow lazy, complacent, rich and hubristic.. Ignore instinct, conscience and any other inner voice warning you of impending doom.. Be uninterested in costly, forward thinking upgrades.. Maintain pristine cosmetic appeal instead.. Have major catastrophe. Blame everyone else and litigate to keep your wealth from the families of the deceased.. Become "the Example and the Reason" to change Federal Laws....
Get sued by lawyers with great yelp reviews....

Aye Aye, Produce "Sea Captains" by the litter.. Hire young, low skilled employees .. Pay them badly, promise them "Sea Time for their "Captain's License".. Get years of loyal service from underpaid, uninsured, independently contracted, indentured servants .. Teach them that safety is relative to Facebook likes and yelp reviews.. Incorporate them into illegal and nefarious collusion to really get them hooked into "accompliceship".. Get USCG to approve "Sea Time" for replicating the same four voyages, in and around the same local harbor and vicinity.. USCG Issues Same exact "Captain License" as military trained captains with thousands of miles and years of global experience.. Sue crew member you trained.. Claim incompetence.. Get great yelp reviews.

Very creative writing, mostly a fictionalized account of the tragedy and the motivations of the participants. Too bad Edhat isn't handing out awards for anonymous internet comments.

Thanks Matey, I hope these USCG Inspectors show no quarter to these scoundrels of the sea and send them to Davey Jones Locker after o good solid Keelhaulin. Once the USCG looks into ALL the deaths that have happened in the past twenty years, I'll bet my last shark tooth that these scallywags have been killing people with negligence and greed for years. Silent settlements after long drawn out court battles keep tourist dollars a flowin.

This was a tragic "accident". These vessels gave countless divers enjoyment over the years, yes even before GoPro Cameras, Cell Phones and lithium powered underwater lights and cameras. It's ashame these devices have become fixtures that it seems we can no longer live without... There is something to be said about being "unplugged" when going to the Islands and exploring the beauty underwater...

Shiver me Timbers Swab!!.. An Accident? Spilled milk is an 'accident'. This is a human catastrophe, 34 people burned alive, screaming their last breath!. It's not the fault of the vessel, or of the devices that people cannot live without. It is the fault of every single person who looked at that charging situation and didn't say a word about it. Chances are very, very, very, very, very, very, very, high that the USCG Inspectors never saw that disgraceful mess during ANY inspections. Worse!, chances are even higher, that the owners made 'Extra Efforts' to repeatedly deceive the USCG as to the existence of such a death trap.

Captainobvious enough, just express yourself without the pseudonym of an 'ol salt, stop trying to be cute, cause you're not. Pathetic!

Ahoy! "USS Ad Hominem", Ye whom questions the flag I fly on my yardarm, as if it were the flag of another land. I assure you there is no pseudonym here, nor any attempt to be "cute". Any "Pathetic" you may see, is your inherent disdain for the truth (not the boat) and your uncontrollable urge to attack any source of it. Fair winds.

Yeaargh! Batten down the hatches, ya landlubbers! and keep em' locked Mateys! Cause, thars an open berth in "Infamy's Harbor", right between the "HMS Pandora" and the "Costa Concordia" and here's the link...( https://en.wikipedia.org/wiki/List_of_accidents_and_disasters_by_death_toll#Maritime ). Right next to the "Pandora". Imagine that. Aye.

This was a horrific tragedy, and of course some kind of responsibility must be accepted. No money will be acceptable for the loss of their loved one.
Wasn’t there a seller at the harbor on the seafood food festival day, selling tickets for fishing trips on those boats? Are all 3 of boats owned by the same identity?
Responsibility is of the boat owners. And the crew.

Crystalandmaui - you obviously aren't familiar with the boats and/or where and under whom they operate, so I'm doubtful you know for fact where the responsibility lies.

Hey. If Stihl Incorporated can be sued and judged guilty for their failure to adequately warn users about possible incendiary risks of use of Stihl equipment (Jesusita Fire), then why not a lawsuit against manufacturers of possibly incendiary electronic devices? What a world we live in now.