By Nick Welsh of The Independent

For 30 years now, Sunstone Winery has provided the Santa Ynez Valley one of its more famously photographed touchstones, shifting from “Tuscan-inspired” villa in wedding albums to “futuristic French chateau,” at least for purposes of one recent Star Trek show.

This week, the new owners of Sunstone took it to the next level of improbability, announcing they’d secured the necessary planning permits to cultivate cannabis where for 30 years organic wine grapes have been grown. This marks the first-time cannabis and viniculture — often presented as intractable foes — will coexist in peaceful commercial cultivation at the same time and the same place in Santa Barbara County.

Perhaps more remarkable, Sunstone’s new owners managed to negotiate an understanding with seven neighbors — several of whom are big names in the wine industry — and effectively defanged what could easily have escalated into another drawn-out appeals battle waged in front of the Planning Commission and Board of Supervisors. 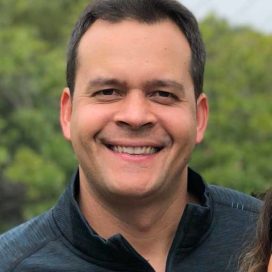 This week, Teddy Cabugos, Sunstone’s new guiding force, hammered out the final details on a deal with potential appellants led by Tim Crist, owner of the Cinque Stelle Winery and chief executive for Kenai Drilling, a major force in the oil-extraction world of Cat Canyon and areas beyond. “We never had to go to the Planning Commission,” a much-relieved Cabugos exclaimed after the deal was signed. “Not one time!”

But Cabugos and Sunstone are hardly out of the woods. They still have to apply for and secure the necessary business permits, for example, before they can begin cultivation. And it’s still too soon to say the extent to which Sunstone’s new approach — with a foot in both camps — reflects a broader softening of antagonisms between such strikingly similar but often conflicting industries.

At maximum build-out, Sunstone will be planting only 6.5 acres of cannabis. That’s hardly anything compared to some of the bigger proposals wending their way through the county’s approval process. And it will be phased in gradually over a three-year period. Next March, Cabugos said, he will plant two acres; the year after that, he will plant another three. And the year after that, another one and a half. “I want to make sure there are no adverse effects for my own grapes,” he said.

And if, along the way, problems arise, say with odor, Cabugos has committed to making the necessary adjustments. But to help prevent that from becoming an issue, Cabugos also agreed to plant only two harvests a year at first, instead of the three he could have gotten. Should it turn out that’s not enough, he said he’s prepared to install a new odor-control system, in which the olfactory assault of airborne cannabis molecules are neutralized by essential oils — eucalyptus, lavender, and citrus — shot skyward by vapor jets.

This decidedly small-ball approach reflects a business plan that’s “all about building the brand,” in Cabugos’s words, rather than maximizing production on large swaths of land. And the brand, he said, is all about experience and perception. “The experience of walking in a two-acre field of cannabis is not all that different than walking in a 50-acre field,” he said. “Fifty or two, it doesn’t really matter.” What matters, he said, is the sense of the experience and the brand that can be attached.

Sunstone, Cabugos noted, sells wine made with grapes grown by 15 different vineyards. The same can be done, he added, with cannabis. The actual processing — typically the most odoriferously intense aspect of the cannabis production cycle — will take place elsewhere and not on the Sunstone premises. About half the product will be sold as flower and bud, he said, the other half rendered into oil that can be used to produce makeup, edibles, salves, tinctures, vape oil, sleeping aids, and non-alcoholic wines.

On one hand, Cabugos is embracing the Sunstone brand by partnering with Fred Rice, the winery’s original founder, and his daughter Brittany Rice, the chief winemaker. But Cabugos has also been shifting the Sunstone image, transitioning the tasting-room experience from one dominated by the older whiter demographic to a younger, more ethnically diverse crowd. Throughout the pandemic, Sunstone’s outdoor tasting area has been frequently packed. Either deejays are present or live bands are playing.

According to 3rd District Planning Commissioner John Parke, the vibe is notably more young and fun, a necessary adjustment to the market realities confronting a wine industry intent on finding new consumers. As the planning commissioner for much of the Santa Ynez Valley, Parke often finds himself on the front lines in the battle between cannabis and grapes. Over the years, he’s sought to engineer kumbaya moments between the feuding factions. In this case, Parke urged representatives of the appellants to try to work something out with Cabugos. “Sometimes it’s better to cut a deal than to lose on appeal and not do so well,” he cautioned.

Cabugos made a point to lavish praise on the appellants’ attorney, Courtney Taylor, for helping make a deal happen. But Parke also credited Cabugos, a third-generation Santa Barbaran and former mixed-martial artist, for the relentlessness of his outreach to neighbors. Outgoing, warm, and endlessly enthusiastic, Cabugos went to local public schools; he seems not just to know everyone, but to be friends with them as well. Certainly it hasn’t hurt that he’s close with one of the lead attorneys representing the Coalition for Responsible Cannabis, one of the chief appellants challenging county cannabis permits.

Cabugos has also teamed up with John Price, a major player in Santa Barbara commercial real estate and development circles. “He’s bringing some horsepower,” Cabugos said of Price. The pair just won the county’s competition for a retail dispensary site, and when it opens shop at a former gas station just spitting distance from the recently closed Dutch Garden Restaurant on Hollister Avenue, it will fly the Sunstone flag.

Likewise, Cabugos is trying to open a Sunstone tasting room in downtown Santa Barbara’s Funk Zone. The synergies are obvious. “From the Funk Zone to Sunstone,” Cabugos proclaimed. And Cabugos has been one of the first winery owners to embrace the nascent opportunities posed by the growing legion of electric bike riders now taking to Santa Ynez’s rolling hills. He’s pledged to install charging stations and repair bays, critical infrastructure for the growing e-bike crowd.

The scale of Cabugos’s ambitions first became apparent last year when he joined with downtown property owner Ray Mahboob in proposing a four-story cannabis emporium on State Street that would include two floors of indoor cultivation, a cannabis museum, and a cannabis lounge on the roof. That proposal went nowhere; it was seen as too much, too fast, and too far outside the scope of the city’s cannabis policy. The encounter ended with many noses out of joint and contributed to festering bad blood between Mahboob and Anthony Wagner, the outspoken— and, more recently, exonerated — point person for cannabis issues with the Santa Barbara Police Department.

Cabugos took pains to stress that Sunstone is not proposing to install a cannabis lounge as part of its proposal. At least not now. “That’s always been part of the long-term vision,” he said. “But we know now that’s not allowed. I believe the future holds those cards. And when the time comes, we’ll be ready.”

Cannabis is way more profitable than wine. Over time they will become a pot farm once they realize how much they can make . Inevitable. Unless pot-infused wine becomes a thing. Or unless they stop the trucks leaving CA with our excess production and confiscate the crop.

Don't buy wine from Sunstone... Got it ✔️

How do they transition from whiter to ethnically diverse customers ?

YEPSB- Never drove truck, but worked the line in a busy restaurant in the 70's. Weed, whites and wine, and Little Feat on the cassette deck. So glad I survived youth! I did, however, learn a great work ethic which has served me well since.

To which Little Feat lyric do you refer?

I think you have misinterpreted a Little Feet lyric.

FERNALD - it says in the article they have DJs and live bands playing. Seems they're trying to transition to a more fun, casual experience as opposed to old, stuffy and white wine-snob atmosphere. I think the cannabis will help with that as well.

Zero, they didn't fall into a

Aware and others. I do not

Study a little more about how

This is the problem here.

Well first K-12 is State not