Went to Yosemite last week.  I’d been there once before but all I did on that trip was drive through on my way to somewhere else.  This time, we spent four days there.  If you’re photographically minded, it’s paradise; breathtaking sights every time you turn around;  sometimes, literally.  As an example:  In the valley, you can see, on one side, El Capitan.  Look to your left, Bridalveil Fall.  Keep turning and there is some big granite rock who’s name I didn’t get.  Complete the turn and you’re looking at another waterfall, which also has a name I don’t know. In between points of the compass are budding trees, trickling creeks, and roaring rivers.  The Merced River was at flood stage, as were the streams and creeks feeding it. Mountains surrounding the Yosemite Valley were snow capped.  Deer roamed around.  Bear-proof trash cans are the norm, which means there must be bears around, although you couldn’t prove that by me.  Places where waterfalls haven’t appeared in years were all waterfall-y.  It was, in a word:  Yosemite.  And there is no other place quite like it.

Even on an early spring day when the road around the park to the East won’t be open until July, there were tons of people in the park.  I know the park gets millions of visitors each year, but I didn’t know it would get millions on a weekend.  It was crowded.  Sometimes it was harder to find a place to park in the park than in San Francisco on a summer weekend.  Coupled with the regular spring/summer road work to repair the ravages on a heavy winter, and there was near chaos at times.  My challenge was to take photos not taken by 12 million people each year.  I failed of course, because that just isn’t possible.  Hell, Ansel Adams took them all ! But I did take some nice ones. Here’s a small sample: 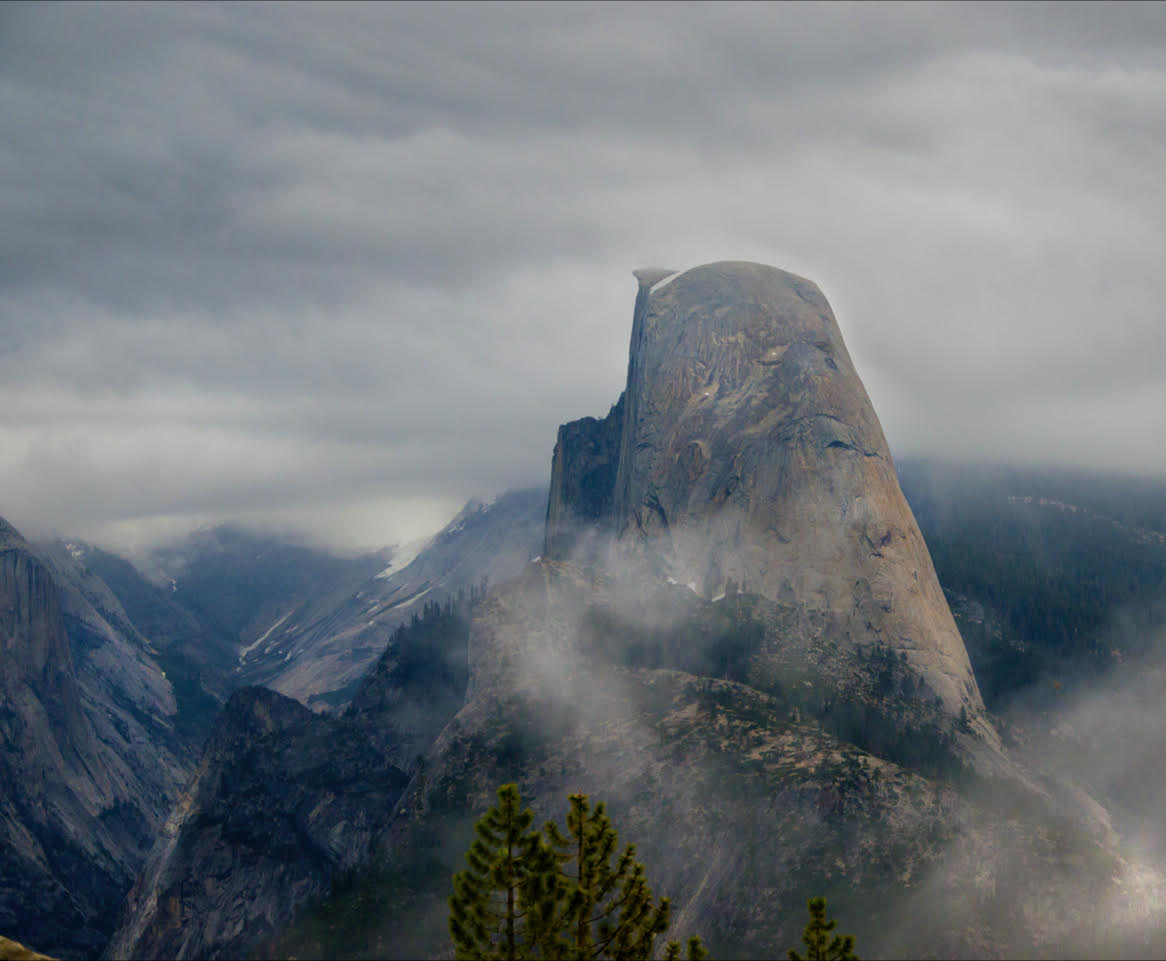 Half Dome.  Iconic granite rock the result of solidification of magma deep in the earth and then thrust topside by the Pacific and North American plates. People by the thousands actually enter a drawing each year to climb this monolith. 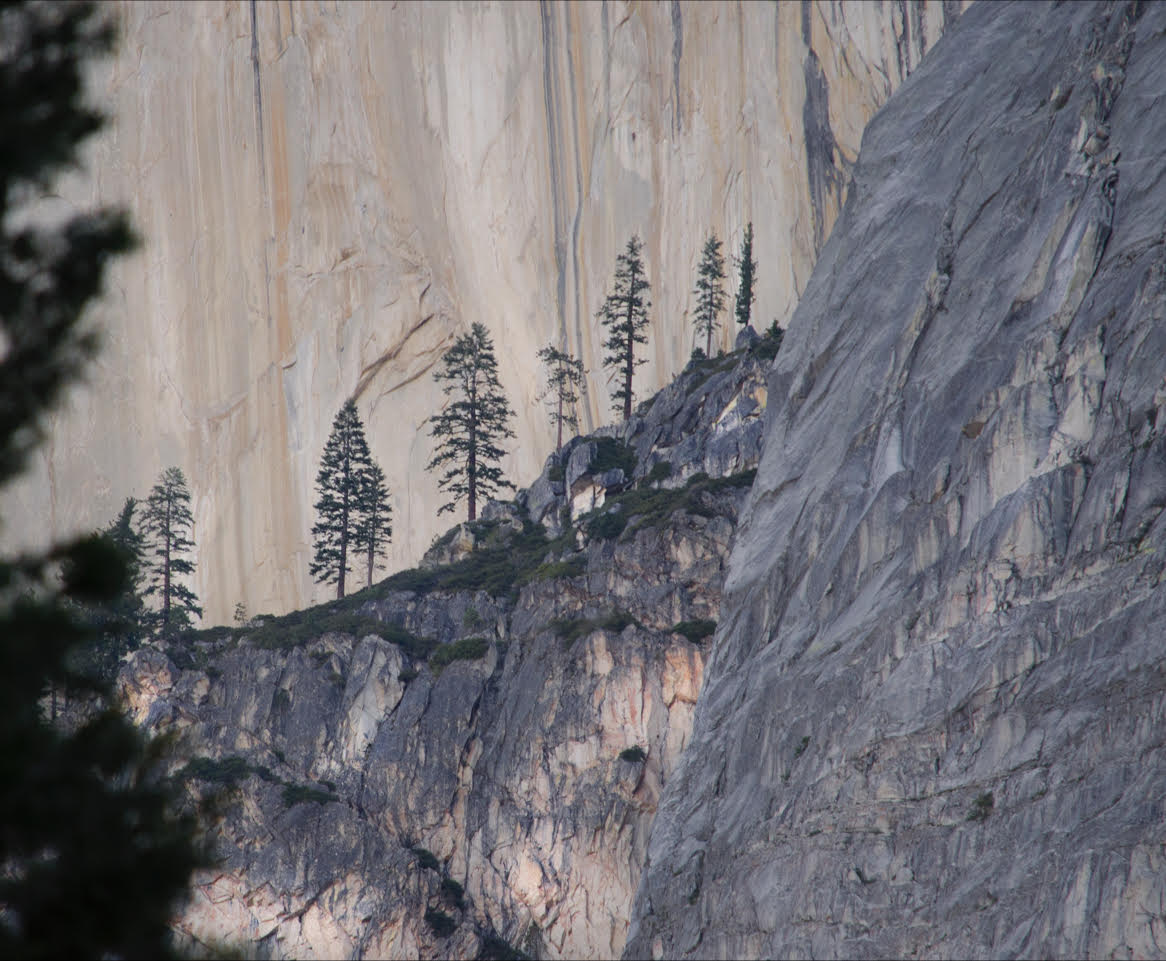 This is the side of Half Dome.  I thought the trees against the granite were neat. 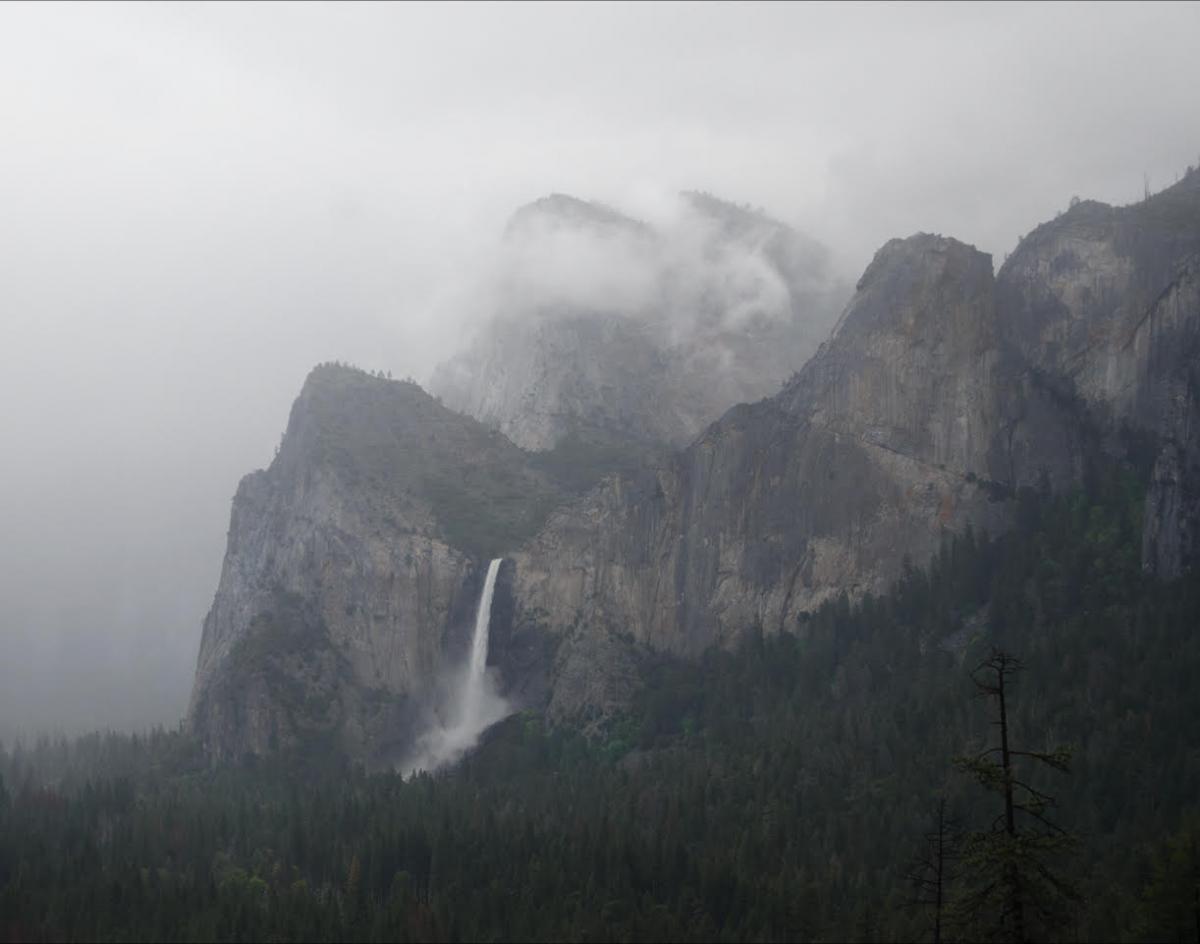 Bridal Fall in the morning fog.  We met people who come to Yosemite often and they said they had never seen so much water running in the park. 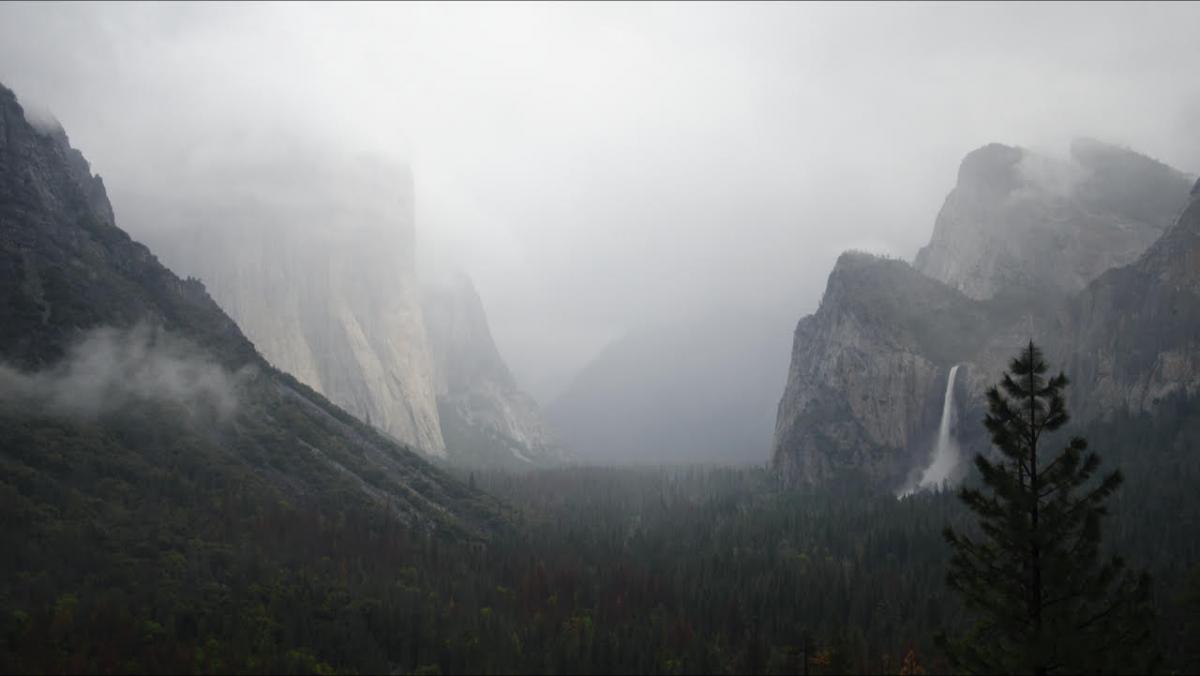 Different angle of the Valley on that foggy morning.  El Capitan on the left… Bridalveil on the right. 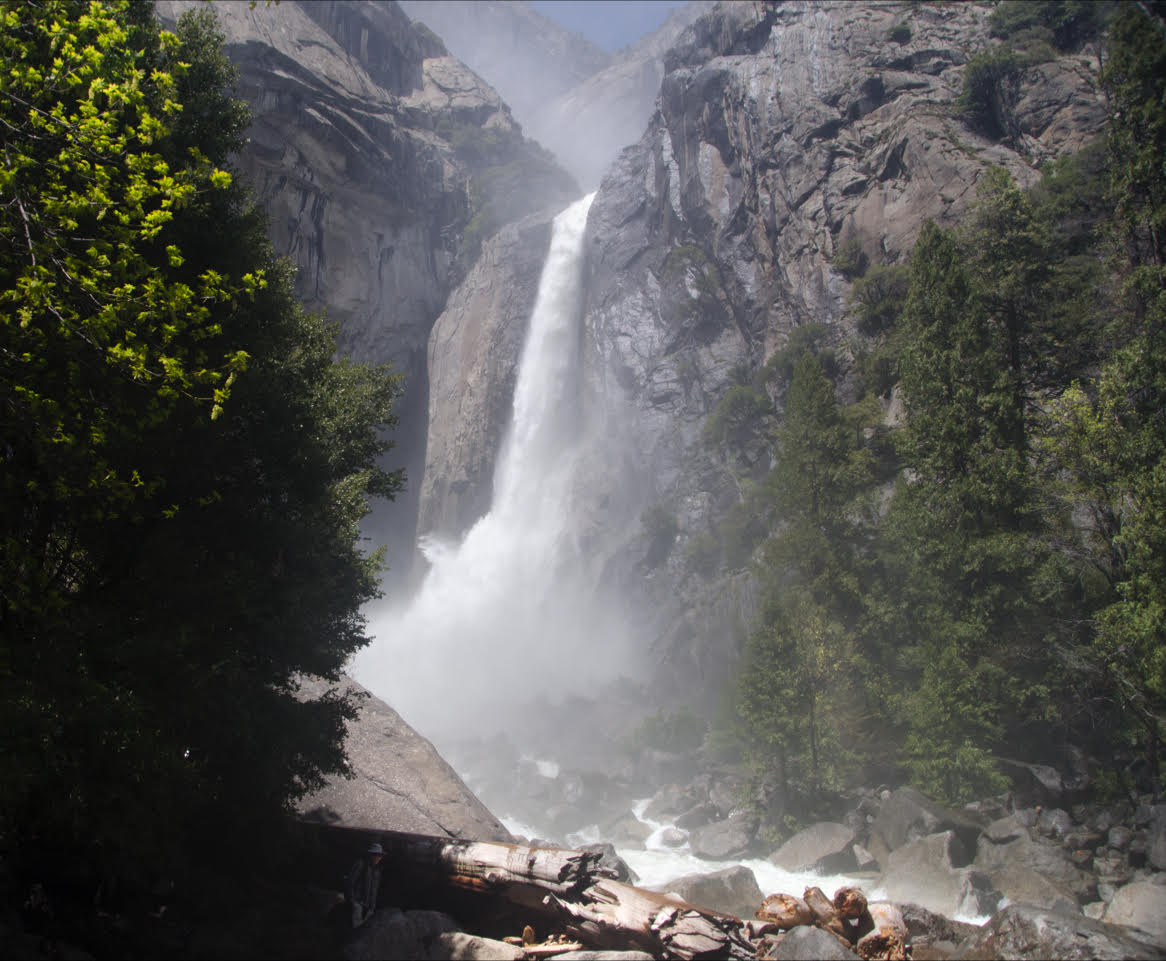 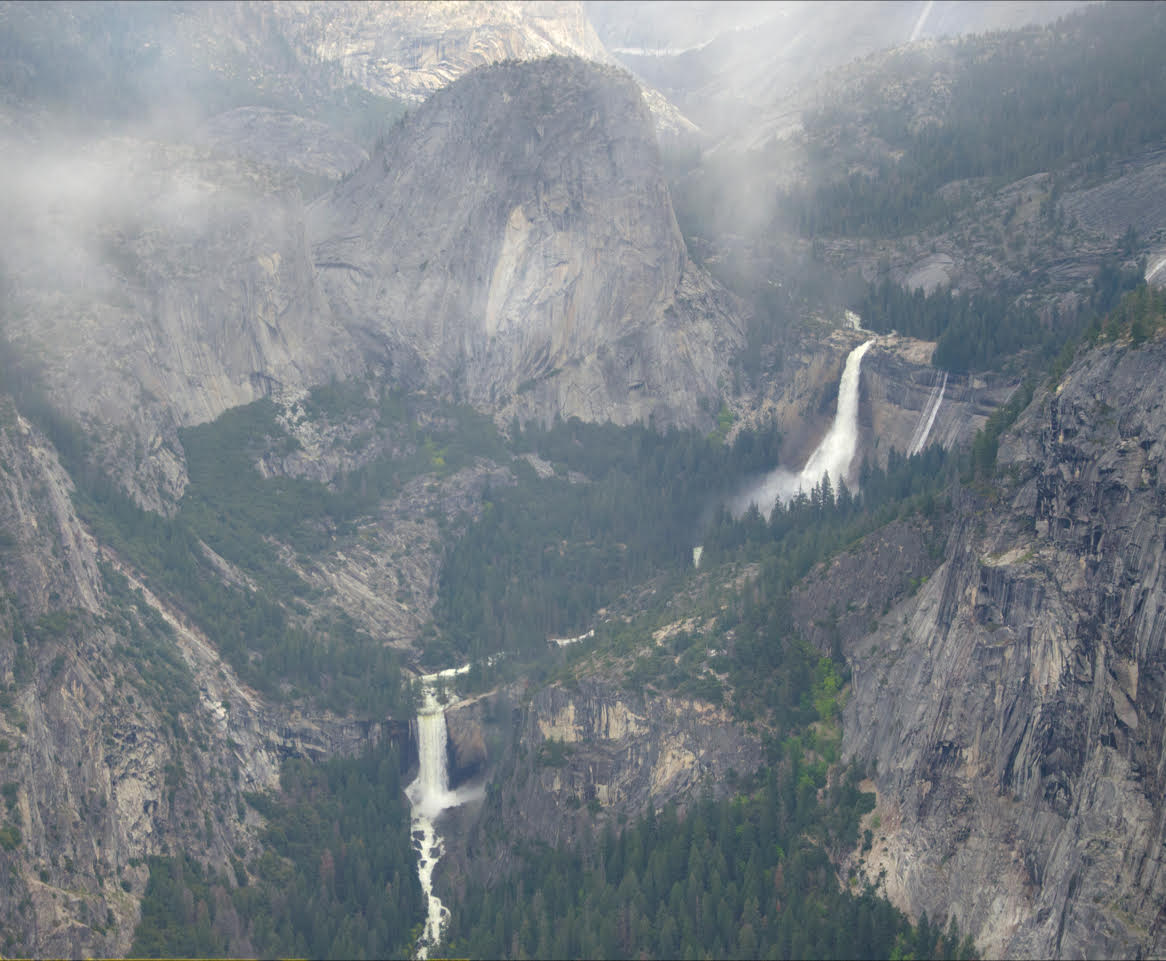 I think the dome here is North Dome, but I’m not sure.  I know the falls are Vernal Falls center, bottom, and Nevada Falls upper right.

Another view of the Valley, this one in the sunshine.
Please Login or Register to comment on this.