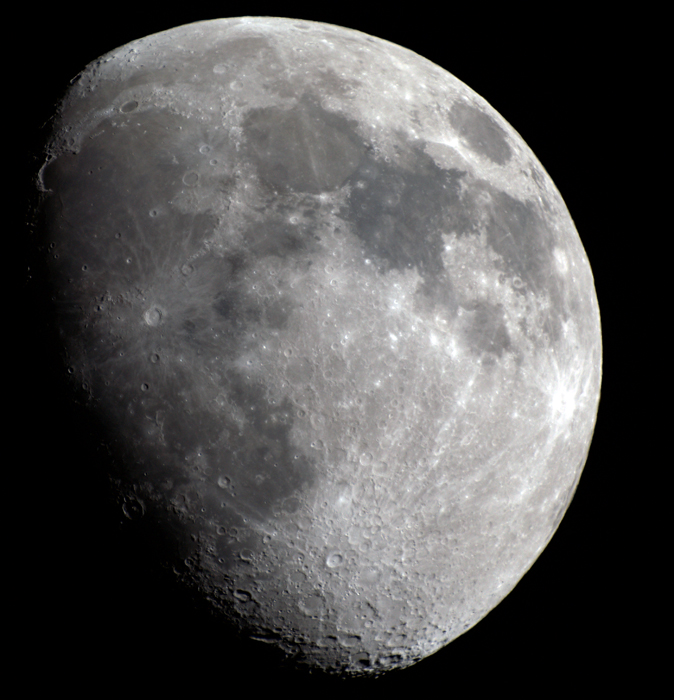 At this phase, there are also two reasonably prominent anthropomorphic figures visible on the Moon, if you're a fan of pareidolia. Since they were almost 225,000 miles away, distant socializing was allowed.

Filling up most of the illuminated surface was the Woman on the Moon, eagerly anticipating the future arrival of NASA's proposed Artemis mission. And in the upper right portion was the Soccer Player and his soccer ball. Let's take a closer look at the soccer player, because something interesting happened there back in 1969. 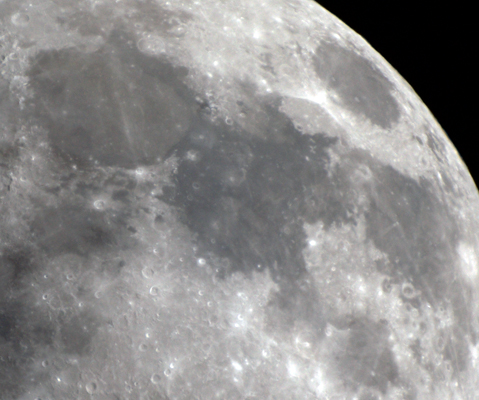 The upper torso of the soccer player is the Sea of Tranquillity. If you look at his lower shoulder area you can see a feature along the sea's shoreline that looks like a fish with a pac-man mouth jumping up to eat a little white cookie. 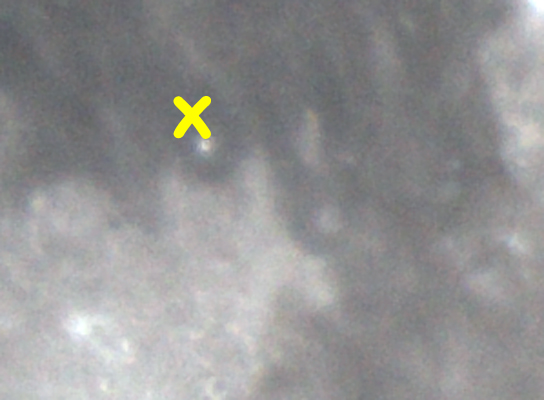 That cookie is a crater named Moltke, about 4 miles across and 4,265 feet deep, and Apollo 11 landed just above and to the left of it.

Show Comments
A Visit to the Moon

Thanks for the wonderful images. My neighbor growing up had a 10” Celestron telescope. This was before personal computers. We figured out how to project the image of the moon onto a projector screen so we could see a crisp image of the moon probably 2’ in diameter. I love your astronomical posts.

It would have been purchased definitely after 1970. We were using in in high school in the late 70s. We had a lot of fun as teenagers. For a couple years a bald eagle seasonally spent time on our section of the Sacramento river, perching on a very tall pine tree at least a mile from the house. We trained that telescope on his full head, and he was staring at us through the telescope. It was amazing.

With eagle eyesight, it could probably recognize you by retinal scan ;)

I felt it was looking into my soul.

Thanks! I love learning new words! pareidolia!! --- but I don't see the fish jumping up, nor the cookie --- in the first image, that dark area looked to me like a poodle or a poodle-like dog.

Yes, in the soccer player figure, some people instead see a French Poodle wearing a beret and with a spherical puff on the end of its tail (the soccer ball).

http://www.hilotutor.com/ Awesome email link I get daily for learning new words. Check it out.

Chuck, wonderful photographs, as usual. What equipment did you use?

Of course they have... just

Tons of kids are back in

Was that once part of the