The Coroner’s Bureau is releasing identity of the passenger who died in the single vehicle collision on Highway 1 north of Santa Lucia Canyon Road on September 28, 2022.

One child was killed and two others were injured when a truck rolled off the side of the road near Lompoc Wednesday.

Crews discovered an 18-year-old female was driving a 2002 GMC Envoy and made an "unsafe turning movement" at an undetermined speed which caused the vehicle to flip numerous times.

The two passengers, 10-year-old and 8-year-old females, were both ejected from the vehicle. One of the children was found deceased underneath the vehicle. The other child was flown to Santa Barbara Cottage Hospital with serious injuries and the driver was transported to Marian Regional Medical Center by a ground ambulance with a head injury.

At the time of the emergency response, Public Information Officer Mike Eliason stated that due to the extent of injuries to those involved, a correct count of those that were in the vehicle couldn't be verified and firefighters were "searching methodically" by ground and air around the area for other possible patients.

California Highway Patrol closed both lanes of Highway 1 in the area and reopened the left lane around 10:00 a.m.

Alcohol and drugs are not considered to be a factor in the collision. 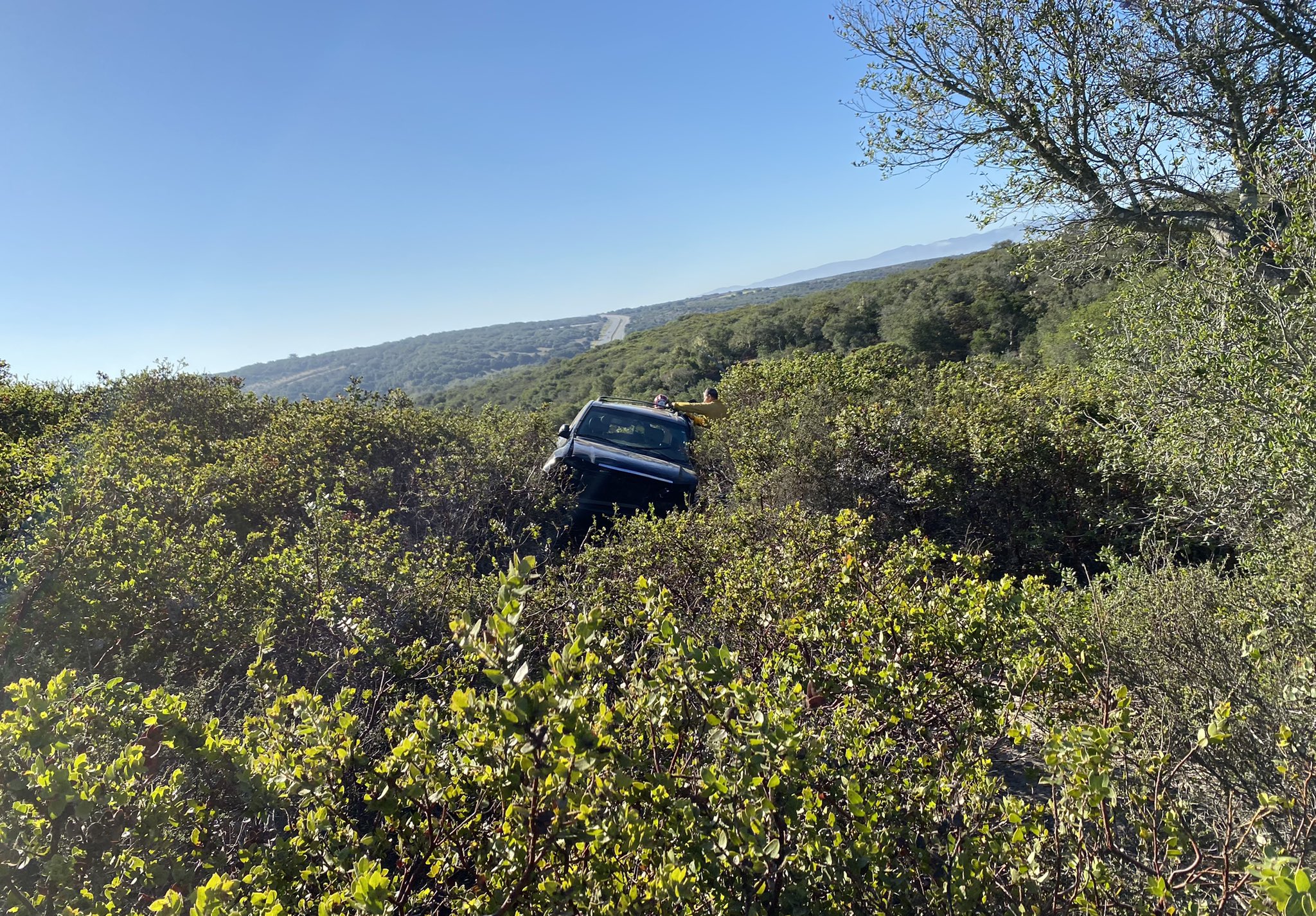 [Editor's Note: This article has been updated with more information provided by the California Highway Patrol]

RIP to the little 10 yr old sister. The older sister (driver) is going to have to live with her bad decisions the rest of her days- a harsh ife lesson . I won't divulge details, but there were a lot of negative factors that created this result. I hope CHP comes out publicly with the info soon, there are lessons for others...

Why hint that you have details and not share them? What is the point in your post??

So sad for this family!

This is so horribly tragic. I wonder if big sis was taking her siblings to school on her way to class and they were running behind. Been there, done that. The stress involved makes us lose perspective sometimes, especially when we're younger. My prayers and condolences for the victims and families. May God heal and comfort them.

How awful. What a way to die. My deepest condolences to the loved ones and to those who were involved in the crash. A little food for thought for you a-holes who were not involved whatsoever and want to place blame... I hope you realize that physics (momentum) plays a role here, maybe the kids were in seatbelts but the velocity of the crash and the fact that the vehicle rolled quite possibly played a role in why those smaller passengers were ejected. Regardless of fault, implore all of you negative people, to apply some restraint before you spew your comments. Think and act as if you were speaking about your own loved ones in a situation like this, Basically learn some decorum and compassion, especially if you assume and are convinced your comments are correct. RIP little one.

My knowledge is in part based on the material provided in the certification process, which is based on studies and tests by governmental agencies that create the standards, and auto manufacturers required to comply to those standards. It may not be rocket science, but it is science. They provide us the facts and the stats, then dumb it down for us firefighters by showing video of crash tests, and then I believe them.

My knowledge is also based on experience as a first responder to vehicle accidents for over 35 years. I have never once in that time seen a child properly restrained in a properly installed car seat, be ejected in a wreck. In fact, I'm amazed, given the violence of high speed collisions, rollovers (the number of rollovers has increased exponentially due to the height of SUVs, their lower weight due to new lightweight construction, their "roundness" for aerodynamics, and improved tire performance that makes tires grab better. Shorter, heavier cars used to tend to slide to a stop in a collision. Now they slide, the tires grab and they flip. Notice the number of cars you see on their sides or roofs when you pass a wreck. Didn't use to be like that), and vehicle rollovers off the side of the road where the car rolls for hundreds of feet, and the properly secured child remains unharmed.

I'm not claiming to be an expert by any means. I know what the experts have taught me, and I know what I've experienced in 35 years of responding to wrecks. So ya, WOW.

Wow..
Your knowledge must border on forensic?..
The testing process must be "brutal" in many scenarios to insure absolute safety?
wow.

There is a cultural component to this. In my experience as a certified "car seat technician" for fifteen years, 90% of the seats we checked were improperly installed, and a large percentage of those were DANGEROUSLY improperly installed. When targeting the Latino communities with free car seat inspections, including offering free car seats to those drivers who could not supply their own, I saw that the improper installation percentage was even higher--closer to 100%.

Education and outreach to the Latino communities, and willingness from those communities to engage is the answer.

This is the 2nd crash in the area involving children not properly restrained. Time for Lompoc schools to have mandatory belt/seat checks before children leave the school pick up/drop off areas and parking lots. This would remind the parents that you must properly secure your children. I know they do this at Adams School and other schools in SB.

An edhat reader reports an emergency mental health response to the Micheltorena Bridge on Monday evening.

[Update]: Santa Barbara Police are reporting an attack that left one man injured with a gunshot wound on the Westside appears to be an isolated incident.

The Emerald Comet will be closest to us, and probably at its brightest, on Wednesday, about 26 million miles away

[Update]: SpaceX has successfully completed a launch of more Starlink satellites from Vandenberg Space Force Base on Tuesday morning.

[Update]: Santa Barbara Police report a broken window on State Street was due to a late-night physical altercation.