A former music teacher from Ventura who worked with local children's organizations has been indicted on multiple child sex crimes.

John Edward Zeretzke, 60, had contracts with school districts throughout Southern California and occasionally worked with programs in Santa Barbara through his "Flutes Across the World" program. The program came under investigation last year by state and federal officials after allegations of flutes tainted with semen were being distributed to children.

Zeretzke was arrested Thursday by the U.S. Postal Inspection Service and the Los Angeles County Sheriff's Office on federal charges of coercing an underage girl to produce child pornography, attempting to entice another victim to send him sexually explicit images, traveling to the Philippines with the intent to engage in illicit sexual conduct with other minor victims, and twice receiving child pornography over the internet. The full indictment is available here, provided by KEYT News. 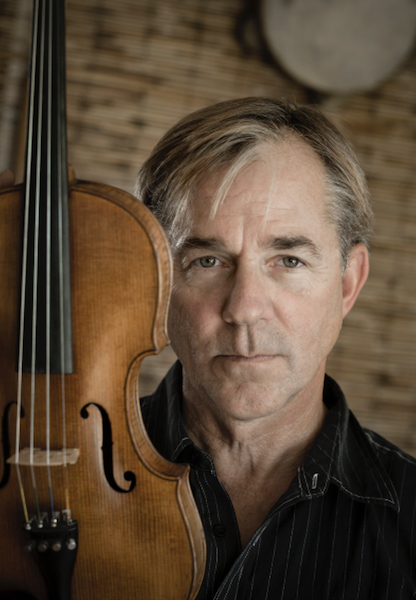 U.S. Department of Justice spokesman Thom Mrozek stated none of the alleged victims were in Southern California and “It appears he contacted these individuals over the internet.”

The website www.zworldmusic.com appears to be Zeretzke's personal and professional website touting his award winning accomplisments and music program.

Santa Barbara Unified School District and they could neither confirm or deny that anyone named John Zeretzke taught or worked with the district, reports KEYT.

If convicted, Zeretzke could spend the rest of his life behind bars as the charge of producing child pornography, alone, carries a mandatory minimum sentence of 15 years in federal prison.

Peabody Stadium at Santa Barbara High School is expected to be completed this coming April.

California Highway Patrol is attempting to return a stolen SCOTT Scale bicycle to its rightful owner.

The Night is an intense thriller focused on secrets and lies with supernatural spookiness that will make you leave the lights on at night.

A shooting near an Oxnard Elementary School resulted in a 9-year-old being struck by gunfire while on the playground.

The edhat staff reviewed a variety of short films at the Santa Barbara Film Festival and provided some short reviews.

Roger has the scanner reports. "Transient starting a warming fire twice off Highway 1 in Lompoc."

The City of Santa Barbara is working to fix the traffic congestion around Chick-fil-A on upper State Street.

Roger reports an assault on an MTD bus driver near Mission and Chino Streets.