At 12:12 p.m., Santa Barbara County firefighters responded to E. Camino Cielo near Gibraltar Road and found a small black Mazda sedan had gone off the roadway and landed on its side approximately 50 feet down. 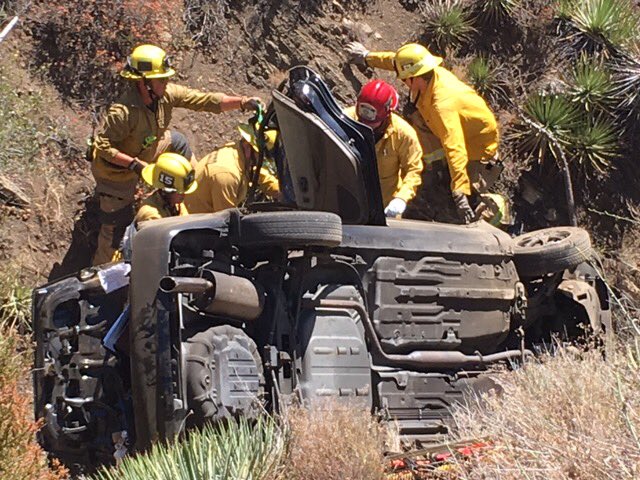 Firefighters made their way down to the vehicle and discovered four occupants that were assessed by paramedics, all requiring extrication from the vehicle. Two males, ages unknown, were brought up to the roadway with major injuries. One was flown to Santa Barbara Cottage Hospital via CalStar 7 helicopter while the other was driven to an Air Support Helicopter (SB County Copter 3) that landed on E. Camino Cielo who flew the patient to Cottage Hospital.

The remaining two occupants were also brought to the roadway with a moderate injury and a minor injury. Both were transported to Santa Barbara Cottage Hospital via ground ambulance.

Any further updates will be added to this article. 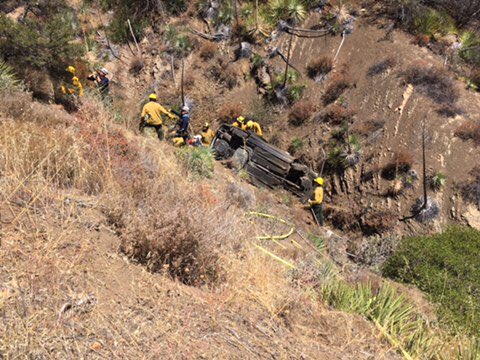