Vandenberg Air Force Base launched a SpaceX Falcon 9 rocket around 5:30 p.m. on Friday.

Edhat readers were quick to write in with questions of "what was that boom?" and "is that a bird? or a plane?" Booms and rattling could be felt as far as Carpinteria with anyone outside privy to seeing a bright streak in the sky.

"Team Vandenberg is excited to begin and end 2017 with Falcon 9 launches," said Hough. "We take our mission of providing assured access to space seriously and we've diligently worked with our SpaceX mission partners to ensure a safe and successful launch."

Local photographer Fritz Olenberger captured the above photo from Hope Ranch stating the rocket was traveling from right to left in the photo, possibly right after state separation. Also, check out the crescent moon in the lower left of the photo.

Below are more photos from edhat readers:

By Tom Modugno
I was getting gas at Ellwood when I happened to look up and see one heck of a firework show. 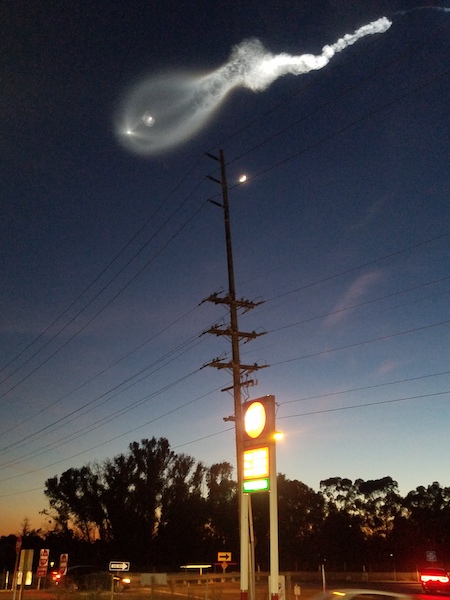 By Nic
Today's launch of a SpaceX Falcon 9 rocket from Vandenberg Air Force Base in California with 10 next-generation Iridium communications satellites. 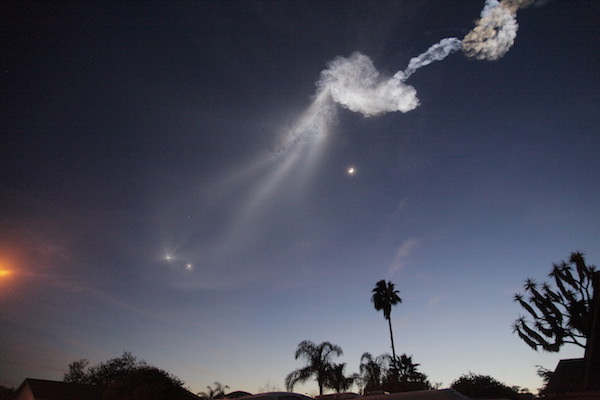 By Cheryl
From my house in Goleta. 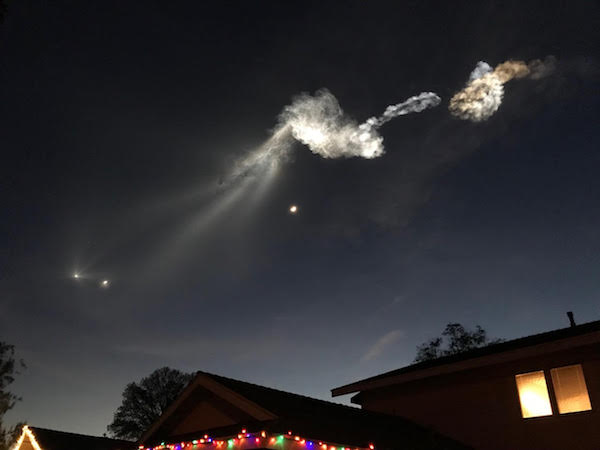 By an edhat reader
5:40 pm launch from Vandenberg, is this normal? There seemed to be an explosion and then a separation of 2 pieces followed by large sonic booms out past the islands. 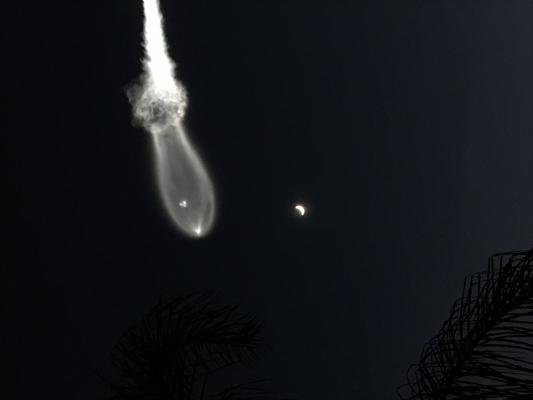 By J. Dymant in Toro Canyon
Night Sky: The dragonhead (moon is bright small speck in its beast's "chest") 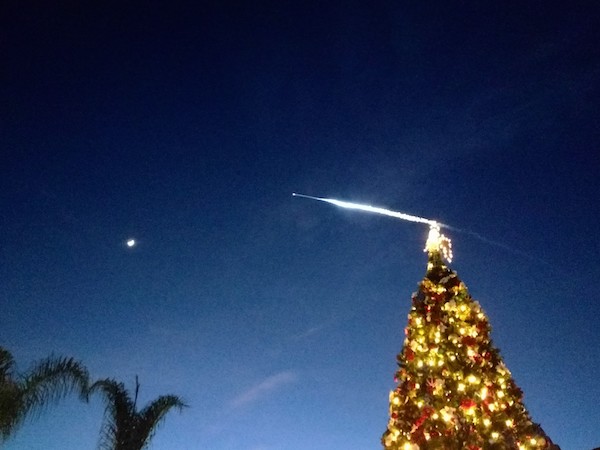 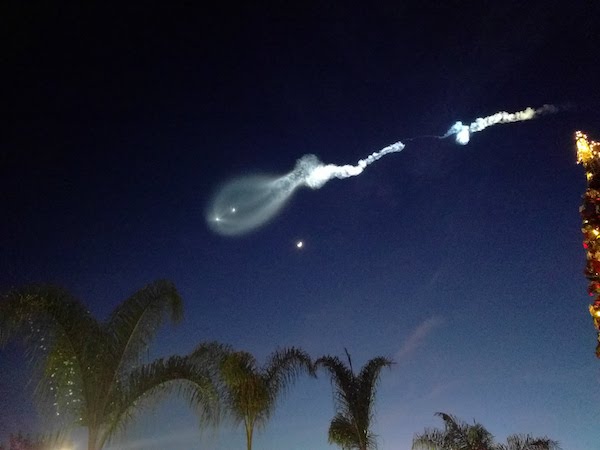 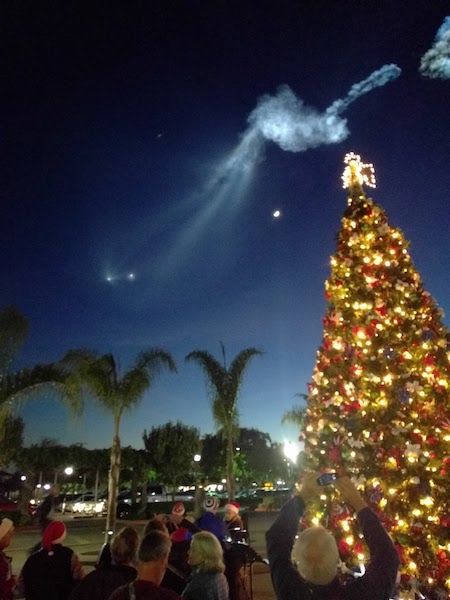 By Betsy
Seen at Shoreline Park last night, shortly after the Vandenberg takeoff at 5:27. By Levi C, Maaia
Here's a photo I took this evening from the Mesa of the SpaceX Falcon 9 rocket launch. This was a very dramatic launch because the sun had just set and the high-altitude smoke trail was illuminated from the light coming over the horizon. I was out by the Xmas tree at Camino Real listening to the Ukulele group. It was awesome seeing the first stage trail & spin behind, then fire it's retro-rockets and return to earth. I'll send in a couple of pictures.

Definitely the coolest VAFB launch I've ever seen! The launch was about a half-hour after sunset, so it appears when the rocket got high enough, it was illuminated by the sun. The smoke trail seemed like a giant veil slowly unraveling in the sky. It was awesome seeing the reusable booster rocket falling away and what seemed like pulses of expanding smoke rings emanating from it (landing thrusters?). Also saw two other bright objects fall away, anyone know what those were?

The "flight proved" (used) first stage was not fitted out for recovery, it was a soon-to-be obsolete model of the Falcon 9. The other falling objects were the two halves of the payload fairing. SpaceX puts on a great show. Elon Musk lets his company's actions speak for themselves, he behaves like a proper billionaire.

I was driving back to SB from Channel Islands Harbor and saw the most spectacular launch ever. Not only could you see the different stages separate, but I watch the entire re-entry of the booster rocket that SpaceX recovered on its floating barge off the coast. It was constantly adjusting position with thrusters firing and then a large "burn" as it got close to the landing zone. Everybody was pulling off to the side of the road to witness this. The contrail which was backlit by the setting sun, and the fact that you could follow this launch for such a long time was incredible.

Took a movie if it with my iPad and was glad I did so. What a show!

Many families and businesses