Dr. Henderson’s commitment to her community is an intrinsic part of her nature. For 40 years, she has served Santa Barbara in many roles including psychiatrist, community leader, philanthropist, board member and volunteer. She has been a longtime United Way leadership donor and has been a Heritage Club member since 1994. She has been involved with United Way’s Red Feather Ball as an Abercrombie Award recipient (1999), a patron, a Red Feather Ball Women’s Committee member, and by inviting others to join her in supporting United Way by donating silent auction items.

Judy Goodbody served United Way of Santa Barbara County as the Gift Planning Services Officer from 2000-17, assisting donors with their financial, estate planning, and philanthropic goals through planned giving arrangements. Goodbody became a member of the Heritage Club herself in 2005, when she included United Way in her estate plans. Her work continues to impact both United Way and the donors she has served. She leaves a legacy of a diversified and organized planned giving program and institutional financial stability that allows United Way of Santa Barbara County to tackle some of the community’s most difficult challenges. 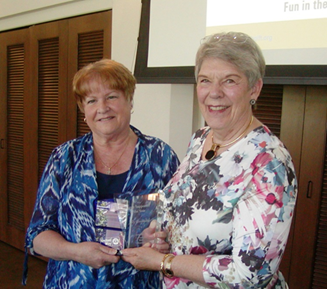 About the Heritage Club

The Heritage Club was established in 1982 to honor forward-thinking individuals choosing to include United Way in their estate plans. Through wisely planned gifts, Heritage Club members provide perpetual support to improve the lives of children, families, and seniors in our community through United Way of Santa Barbara County’s unique and innovative programs.

Problem is, Salud flies in a