A three-day strike began Monday for all University of California service and patient care technical workers.

University of California Santa Barbara (UCSB) and the American Federation of State, County and Municipal Employees (AFSCME) union couldn't reach a contract agreement resulting in over 50,000 workers to protest throughout California. Classes at UCSB are expected to continue as regularly scheduled.

AFSCME's feels there is a growing inequality within the UC workforce including racial and ethnic diversity, employment of women and income gaps between administrators and workers. According to Local 3299’s recently released report, the number of black workers in the UC workforce has declined by 37 percent since 1996.

“When a taxpayer-funded university – whose operations in California are larger than Walmart’s are in this state – fails to meet standards of fairness and equality, it’s our duty and responsibility as Californians to hold them accountable,” said Kathryn Lybarger, lead gardener at UC Berkeley and president of AFSCME Local 3299. “Whether by withholding participation in planned UC events, or joining us on picket lines, we’re calling for elected representatives across California to take a stand against injustice and honor our struggle.”

The union claims they are fed up with stalled contract negotiations and "post-impasse mediation procedures" that failed to yield an agreement.

“We’ve negotiated in good faith with UC for over a year now,” said Oscar Rubio, a UCLA food service worker and vice president of AFSCME Local 3299’s Service Unit. “Instead of working with us to address issues of widening inequality and outsourcing, UC’s administrators are pushing proposals that will only make things worse.”

The union is asking for a multi-year contract with annual wage increases of 6% with no increases in monthly healthcare premiums and a continued retirement age of 60 for full pension benefits. The University of California is offering a 3% wage increase over four years, a $25 dollar cap on monthly healthcare premiums and raising the retirement age to 65 for new employees, reports KEYT.

The strike is scheduled to end on May 9th. 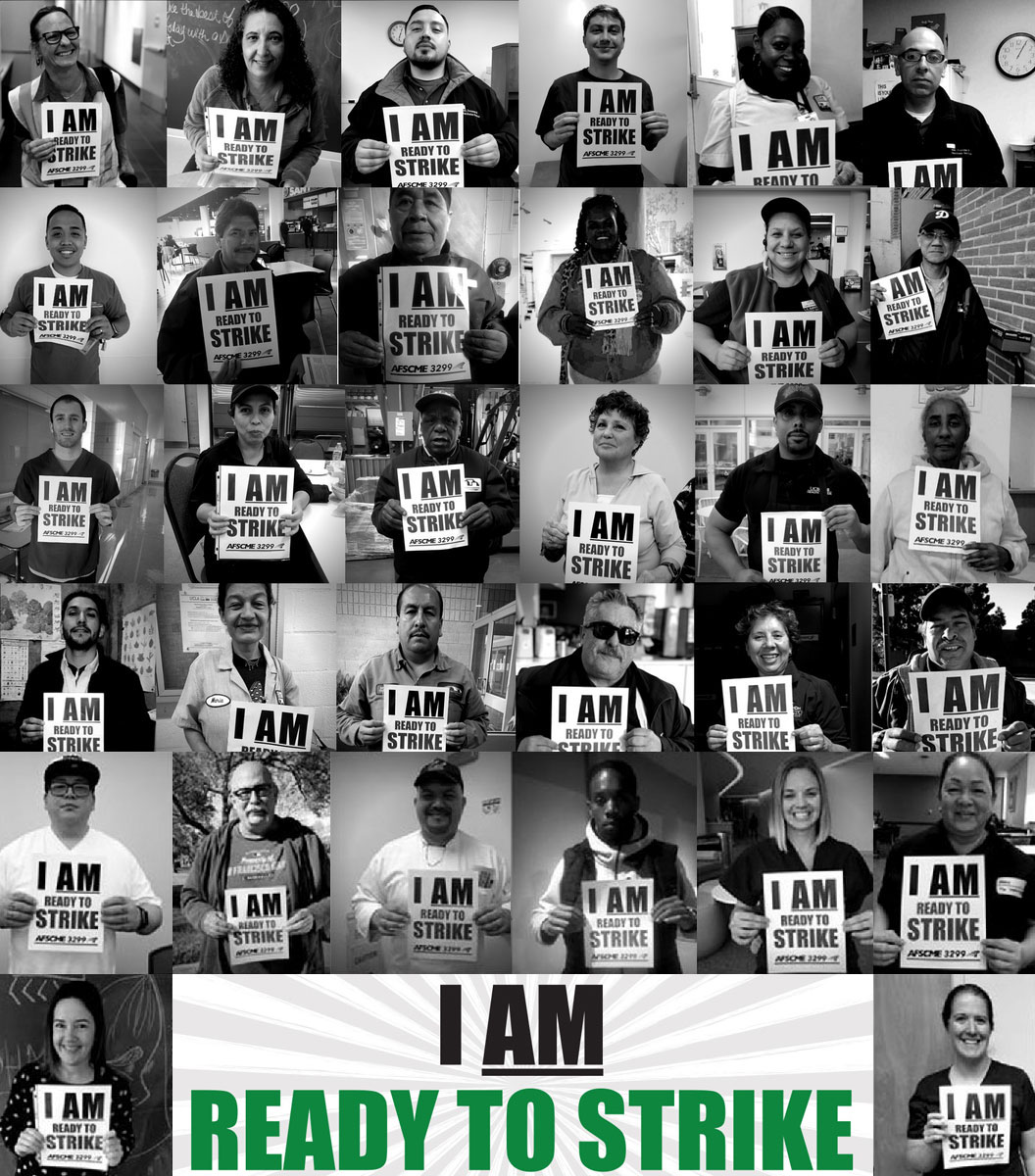