Melekian, who has served as Undersheriff to Sheriff Bill Brown since 2015, will be transferring to the County Executive Office on September 10, 2018. 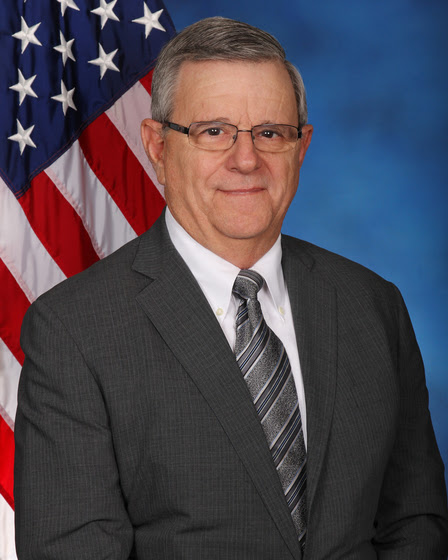 “Mr. Melekian has unparalleled experience, skill and knowledge in the area of public safety, and in his time with the County, he has engendered trust and respect from everyone in and outside County government,” said Miyasato. “He will be a great asset to the County Executive Office to move some of the County’s highest priorities forward.”

Melekian will be responsible for coordinating interdepartmental efforts among public safety and justice departments, such as improving efficiencies of the criminal justice system, evaluating a new public safety radio network, and developing options for the existing Main Jail.

“Undersheriff Bernard “Barney” Melekian is a true gentleman, an outstanding leader and the consummate law enforcement professional,” said Sheriff Bill Brown. “It has been a distinct privilege to have had him as my second-in-command for the past three and a half years. While we in the Sheriff’s Office are very sorry to see him leave our organization, we are pleased that he will remain as a member of the County family, and that he will work in a role that continues his connection with our agency.”

The ACEO over public safety was created in FY 2015-16 to assist in coordination and oversight of public safety functions, but was held vacant due to budget constraints.  Currently, three Assistant County Executives oversee areas of health and human services, budget and finance, and community services and facilities. The ACEO over community services and facilities has also been serving as the Recovery Director for the Thomas Fire and 1/9 Debris Flow disasters.

Melekian added, “It has been my honor and privilege to work with the men and women of the Santa Barbara Sheriff’s Office. I look forward to continuing to serve public safety working with the County Executive Office."

As Undersheriff, Melekian serves as the Chief Operating Officer for the Sheriff’s Office, a full service law enforcement agency serving the County with 645 employees and an operating budget of $127 million.

Melekian’s extensive law enforcement career of more than 40 years includes serving as the Police Chief for the city of Pasadena for 13 years. He also served with the Santa Monica Police Department for 23 years where he was awarded the Medal of Valor in 1978 and the Medal of Courage in 1980. He was selected as Director of the Office Community Oriented Policing Services (U.S. Department of Justice) by Attorney General Eric Holder, serving from 2009-2013.

Melekian is a nationally recognized expert in police practices. His doctoral work on Values-Based-Discipline in Law Enforcement Organizations received the Sol Price Award as the outstanding doctoral project of 2012 in the School of Policy, Planning and Development at the University of Southern California. He received a master’s of Public Administration and a bachelor’s in American History from California State University, Northridge. He also is a graduate of the Harvard Executive Session, a three-year program aimed at producing quality academic publications for the benefit of law enforcement throughout the world.

Pitmix called me an

Oh, come on now! What could