On Friday, December 6, 2019, Santa Barbara County Sheriff’s Detectives arrested two additional suspects from the Isla Vista home invasion robbery in November. Through their investigation, detectives identified the two suspects who held the victims at gunpoint during the home invasion.

Sheriff’s Detectives authored arrest warrants and three search warrants that were served in San Francisco with the assistance of the San Francisco Police Department. The search warrants were served at the homes of each of the suspects and at the home of the registered owner of the vehicle that was used to flee the area after the robbery. The owner of the vehicle was not arrested. 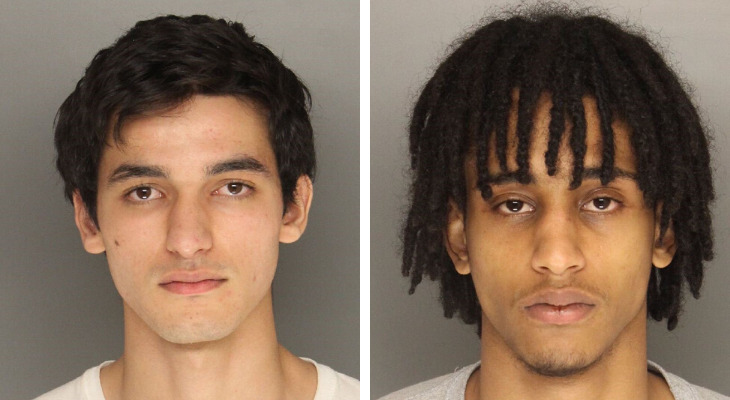 So cool they tracked them down.

Ol' Gavin just needs to put on a big red nose to complete his clown act. Gavin, get the red nose asap so you can be who you are.

This is really sad. Where did these young guys go off the rails? I wonder how many other robberies they committed? Yep. Prison will warp them even further. Too bad they decided to ruin their lives like this.

Wow Gavin what's up with that hair man?I hear they have some really good soy shampoo and rinse in county you should try it because that stuff your using aien't getting it..

Could be the spawn of "Scorpio"....the bad guy in the first 'Dirty Harry' movie...

Do you feel lucky? Well, do ya punk?