Two women were injured in a single vehicle collision on Highway 101 near Los Alamos Monday morning.

At 8:45 a.m., Santa Barbara County firefighters responded to a reported vehicle accident on Highway 101 southbound, just south of Palmer Road. Crews arrived and discovered a Mini Cooper had overturned and struck a tree on the right side of the southbound lane. 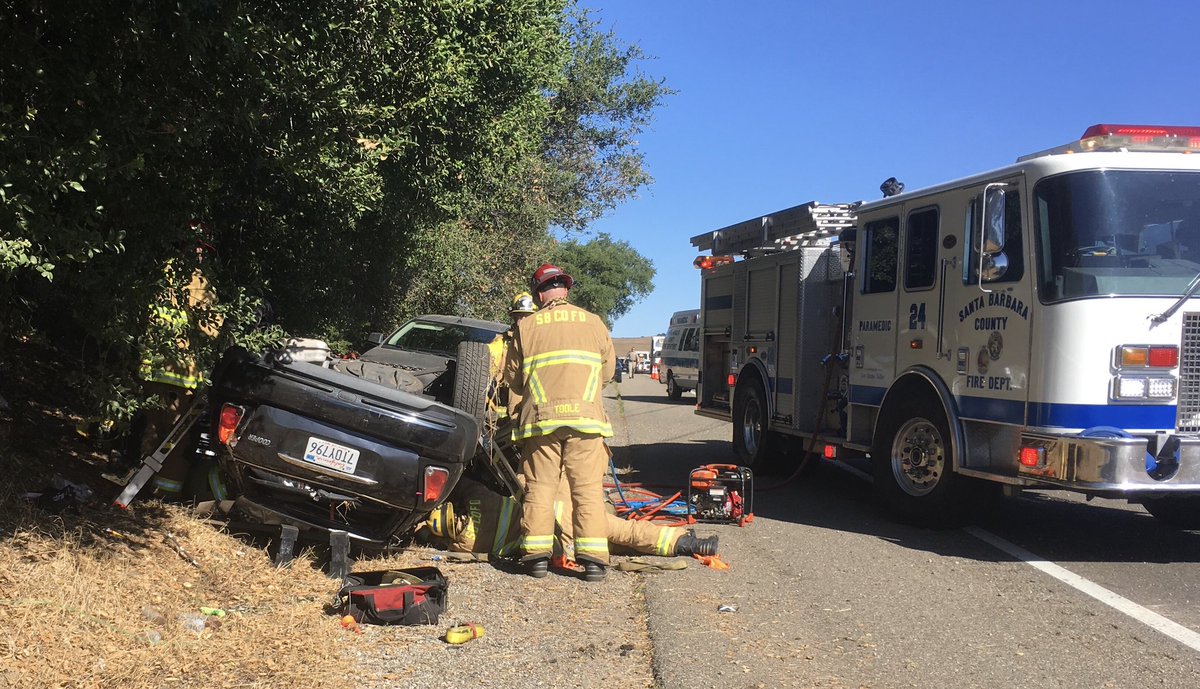 There were two female occupants of unknown age that needed extensive extrication. The driver suffered moderate injuries and was transported via ground ambulance to Marian Regional Medical Hospital.

A helicopter was flown in and landed in the center divider to transport the female passenger, who suffered major injuries, to Santa Barbara Cottage Hospital. 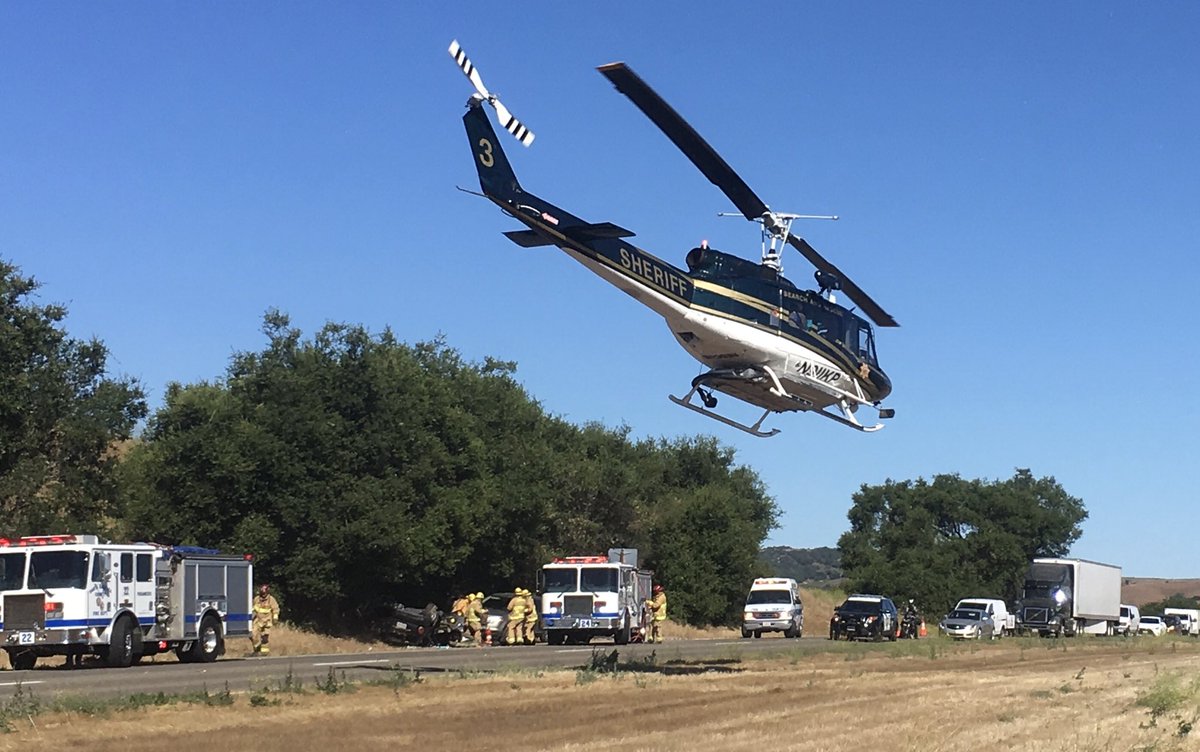 The northbound and southbound lanes were shut down while the helicopter landed. Traffic is still slow in the area.

Major injuries in a traffic collision on Highway 101 southbound just North of Palmer in Santa Maria.

Toggle Comments (Show)
Two Injured in Rollover Traffic Collision near Los Alamos
Solo vehicle accident blocking the number 2 lane vehicle on it's roof bCopter flying in accident victim most likely to Cottage.
Please Login or Register to comment on this.