At 11:47 a.m. Santa Barbara County firefighters, along with Los Padres National Forest Service and Lompoc City Fire Department, responded to the vegetation fire in the 7000 block Highway 1. The fire area was approximately 4 miles from Highway 101 and 12 miles south of Lompoc. 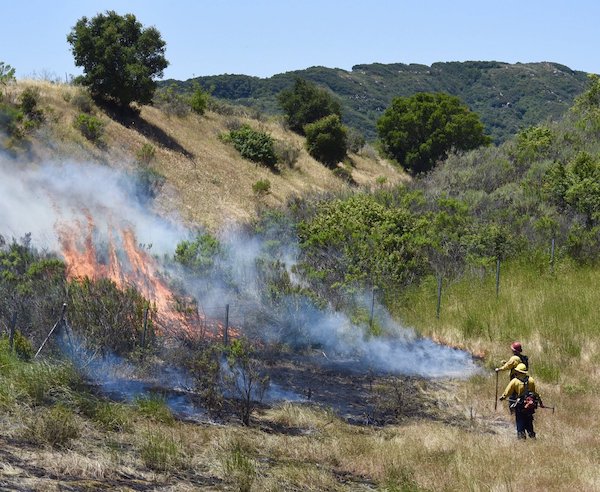 Upon arrival crews found two to three separate fires burning along the roadway near the northbound lanes of Highway 1. Each fire was estimated to be approximately a 1/2 acre to 1 acre, said SBC Fire Captain Dave Zaniboni.

Firefighters quickly tackled the blaze that was burning in mostly grass and brush with assistance from a helicopter making water drops. Air tankers were ordered but subsequently canceled.

The cause of the fire was undetermined but appears to be caused by a vehicle, said Zaniboni.

The total acreage burned is approximately three acres. No structures were threatened and no injuries were reported.

Highway 1 was closed due to fire equipment on scene, but will reopen around 2:00 p.m. 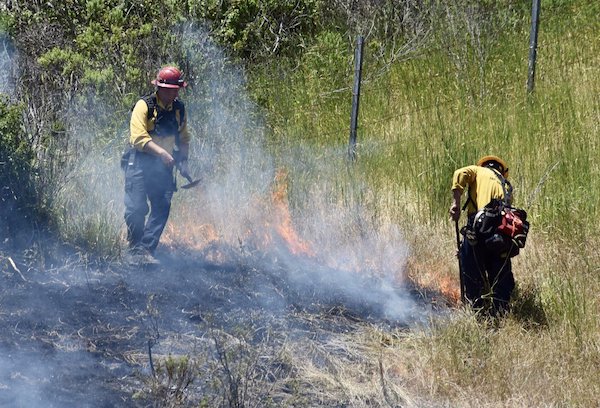 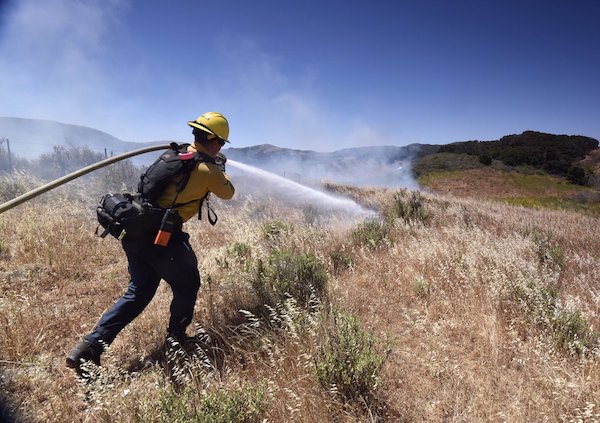 Pit, teachers and other

I notice there’s still no cow

When Roger ran the daily

Why patrol these downtown

It's funny how the very

And they certainly have done

The current council is the