We woke up this morning to a very aggressive Thomas Fire that moved quickly due to uncontrollable winds. Here are some photos from our readers.

The Beast is awake. 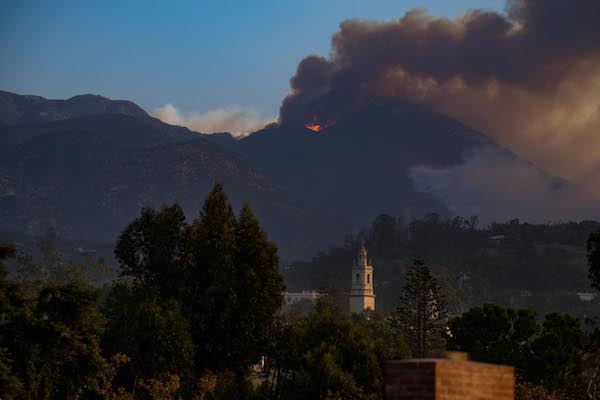 Photos by an edhat reader

I took these this morning on the Riviera on Camino Alto. There was a home that was never rebuilt after the fires that has a foundation still in place right off the road. It overlooks the Montecito Foothills and Sycamore Canyon. 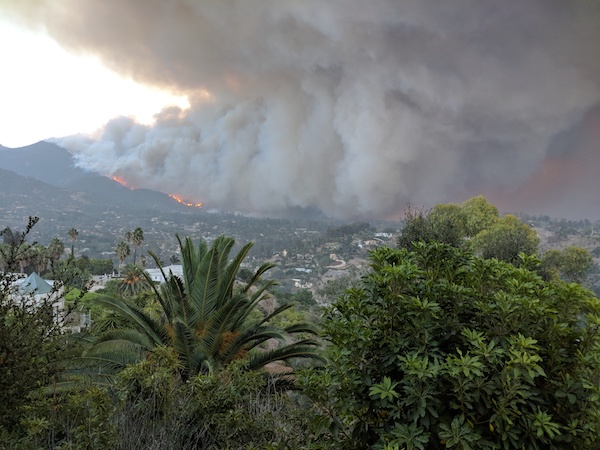 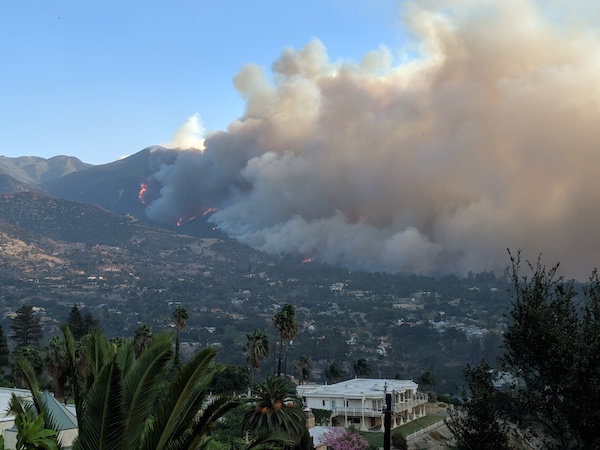 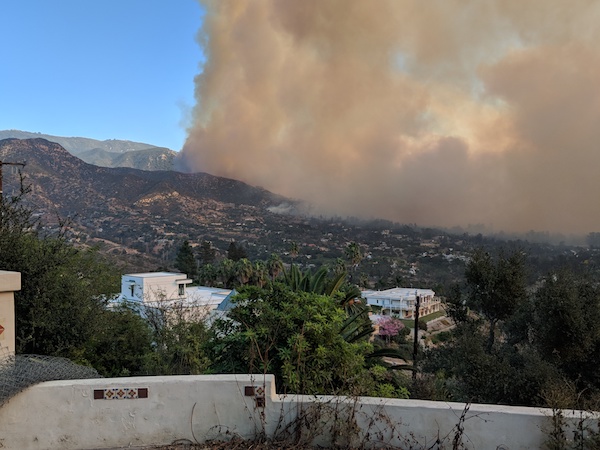 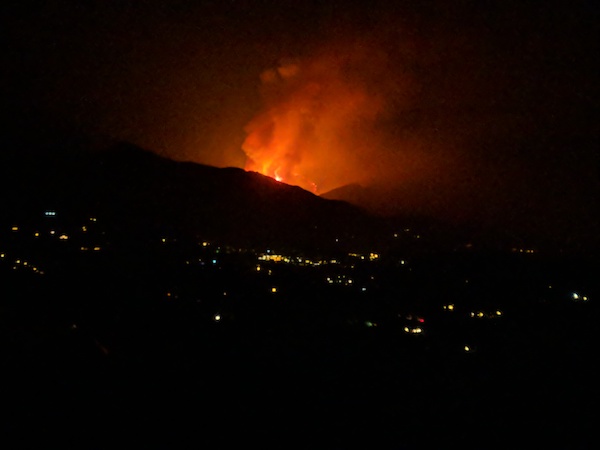 John Wiley captured aerial video of the Thomas Fire on Friday at sunset.

Edhat readers often share a unique perspective on Santa Barbara and surrounding areas, so it's no surprise their photos often capture interesting points of view.

We've compiled the photos and video sent to us by edhat readers surrounding the Thomas Fire.

Videos by Max Rosenberg while driving northbound on Highway 101 near Seacliff in Ventura late evening on December 6, 2017.

Lucy captured this photo and stated, "Santa looks like how we all feel." 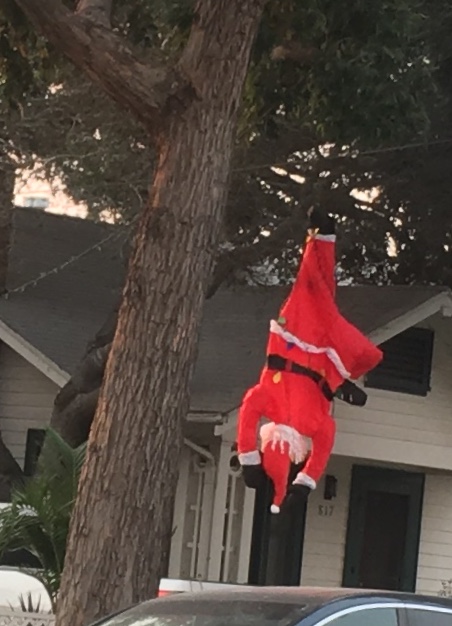 View all edhat reader-submitted photos in the slideshow below. Submit your photo to ed@edhat.com 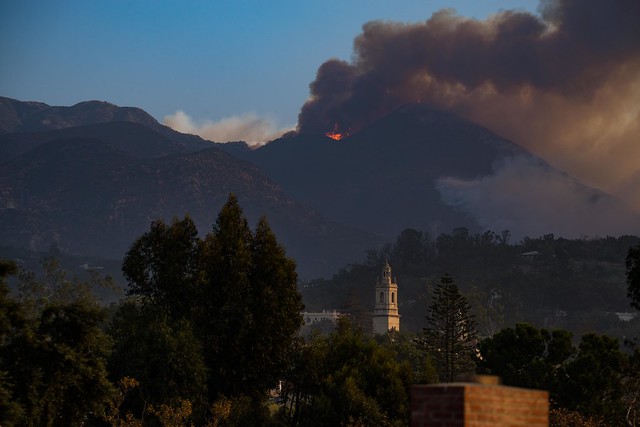 These photos were shot from my deck during the regional power outage. Between 11:00 pm and midnight, the glow of the Thomas fire to the southeast was very apparent from the lower Riviera. Headlights of traffic headed up the 101 from Ventura can be seen in the time exposure at lower-right. (see photo above)

Around 1:00 am lots of smoke from the fire drifted over the lower Riviera and cast an orange palor over the moon. 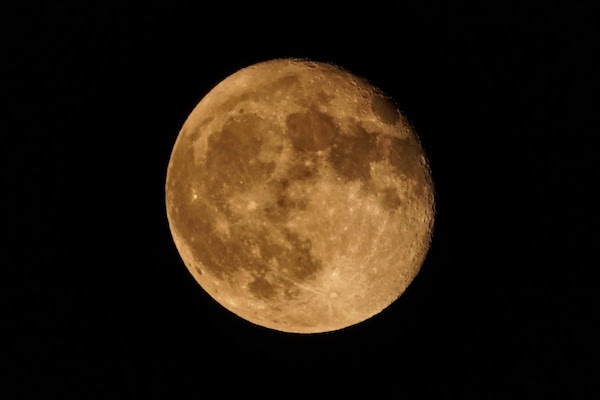 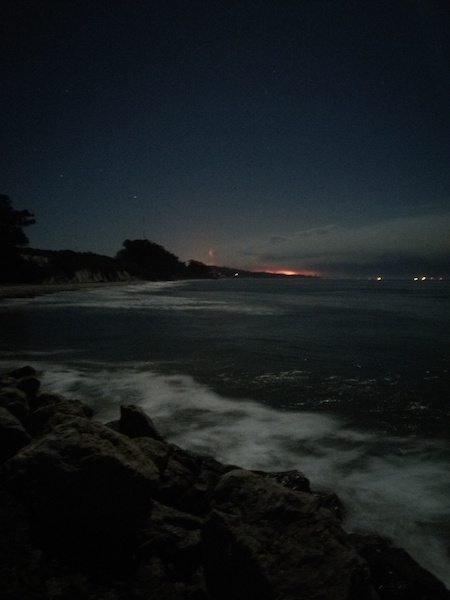 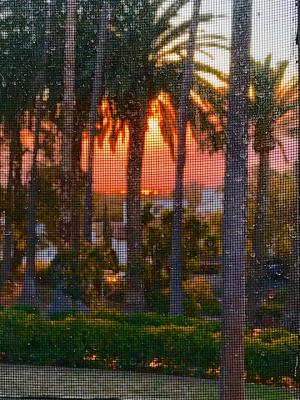 Here are some shots I took of the Thomas Fire in Ventura as seen from the rooftop of the Juvenile Facilities in Oxnard. 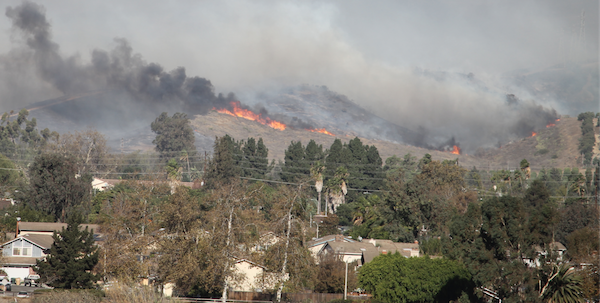 Thanks to everyone behind the cameras, for all your photos and videos. Nice to get all the perspective we can.

County of Ed CAASP for the

Thanks for posting the

Back and forth...we get it.