We're getting a break from the rain and clouds, so we have a chance to enjoy some visual astronomy in the second half of January. The Universe is providing us with some interesting solar system events, weather permitting. Get out and enjoy the views! 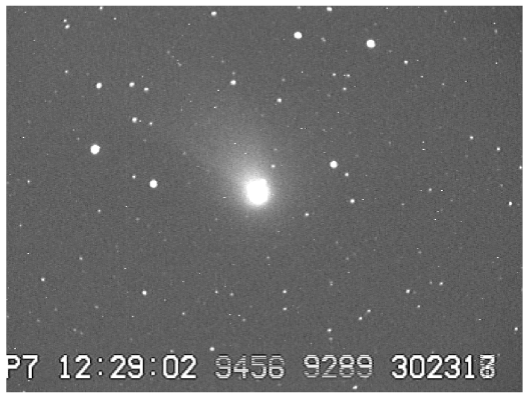 This is a frame from a monochrome video camera of comet C/2022 E3 (ZTF) in Boötes at about 4:30 AM on Tuesday, January 17, when it was about 53 million miles away, and just reaching naked eye brightness from a dark sky site. In color images, it is displaying a bright green glow from fluorescing diatomic carbon.

It has already passed its closest point to the Sun in its estimated 50,000 year orbit, and is heading back to the outer edges of the solar system. It will be closest to us, and probably at its brightest, on February 1, at about 26 million miles. The comet will then be in Camelopardalis near the celestial north pole, and visible all night long.

Get the current position of E3 at The Sky Live.

Brilliant Venus has returned to our evening sky, and will form a nice close pairing with Saturn. We are zooming away from Mars after its close approach in December, and it will be joining up with the Moon yet again this month for an occultation. The images below are from Starry Night software.

Venus and Saturn will be very close just after sunset on Sunday, January 22. Here are the views at 5:45 PM, when they will be about 14 degrees above the western horizon, above a very thin crescent Moon. 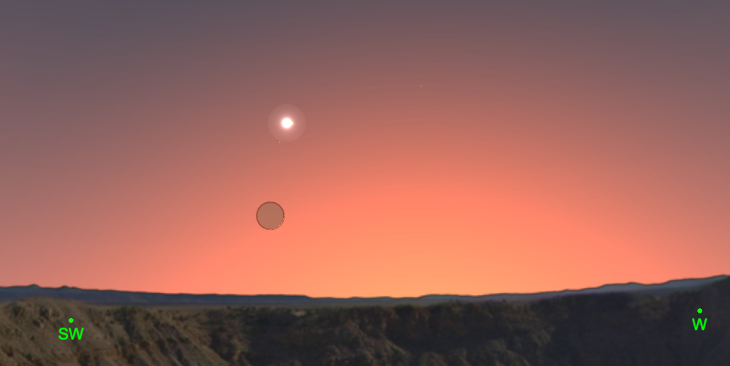 This is the eyeball view, with Venus and Saturn almost seeming to merge. 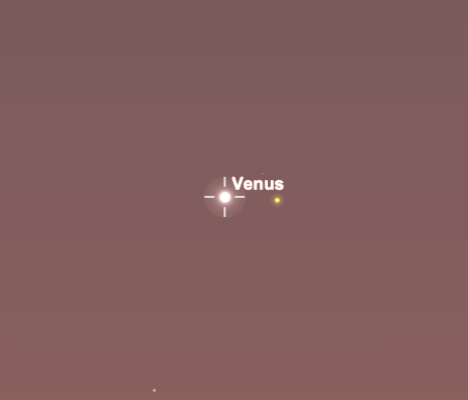 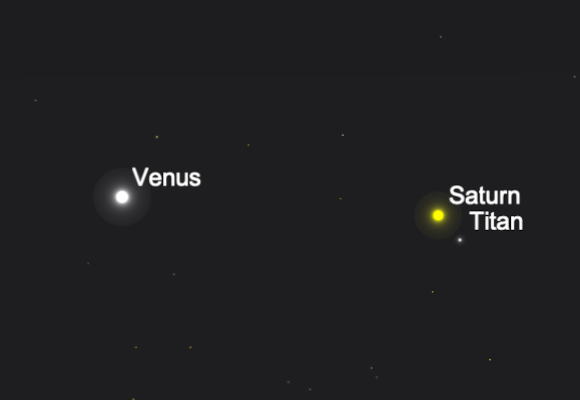 This is what you might see in a telescope at a magnification of about 100x that would show the entire Moon. Depending on the seeing conditions in our atmosphere, you may be able to resolve Saturn and its ring system, and see its largest moon, Titan. Saturn is now up to 83 known moons.

The following images are views of the Moon passing in front of Mars high overhead on the evening of Monday, January 30. 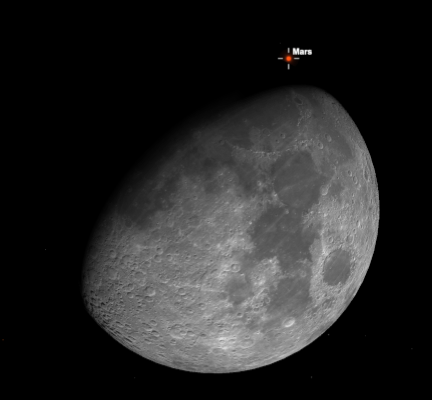 Mars will disappear behind the dark limb of the Moon at around 8:34 PM. 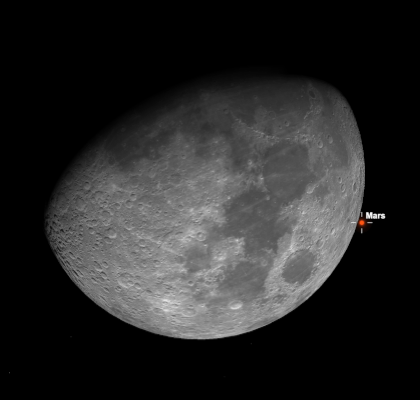 Mars will pop out from behind the sunlit limb at around 9:26 PM.

Show Comments
The Sky is Back!

Since this comet is really being hyped lately, be aware that it won't be showing the greenish color visually, just in photographs. Even at its brightest, it will only be visible as a small smudge with averted vision from a dark site. Don't expect a spectacle, and you won't be disappointed.

It's cool for what it is - a visitor once every 50,000 years or so from far out in the solar system.

I enjoyed the 1997 comet tremendously: it was "very bright" (for a comet) and stayed visible many days!

Thanks for all these nice tips!
Such great viewings!
And occultations are always, spectacular, riveting and rare to be seen. It is nice not to miss one (especially the second one in just a few months). So thanks for the reminder!