Sofar Sounds is Santa Barbara's newest music scene with a unique platform, and you're most likely missing out on it.

Imagine buying a ticket to a musical performance only knowing the date and time, with the musicians and location to be announced the day before the show. Taking the "pop-up restaurant" format, Sofar Sounds blends intrigue and artistic enthusiasm to create intimate shows on a monthly basis.

Sofar Sounds is part of a global collective that was founded in London about 9 years ago and is now established in 350 cities around the world. The emphasis is on the intimate setting with a goal of bringing guests and artists together in unique locations that wouldn't normally house live music. A boutique clothing shop in the Funk Zone? Sure. A Santa Barbara backyard? Sounds great. From living rooms to rooftops, nothing is off-limits as community members are the hosts and can register for their space to be used.

The secretive aspect is pure fun. It keeps the crowd authentic, and you never know who will show up to play. For one New York show, Karen O from the Yeah Yeah Yeahs performed and in Washington D.C., Ed Sheeran signed on for an Amnesty International collaborative benefit. The majority of the music is acoustic and mellow, even prompting some singalongs.

On February 23, Sofar Sounds Santa Barbara hosted its most recent event at The Sandbox, a workspace collective near Gutierrez and Olive Streets. Guests piled in and found seats wherever they could with their bottles of wine and beer to share with friends. Local coordinator Sophia Recalde gave a brief introduction of the space and each musician was brought up to perform three songs each.

Check out video clips of their performances to a packed crowd at The Sandbox below:

Feeling ready to take the secret music plunge? Here's how it works. Sign up for the Sofar Sounds Santa Barbara chapter through their website. You'll then be notified of upcoming shows with a date and time, some require ticket purchases and others don't, but an RSVP is a must to claim your spot. A day or two before the show, you'll be emailed with the location and whether it's BYOB (bring your own beverage, alcohol is acceptable) or not. Show up on time, make new friends, and take in the diverse musical stylings of three artists for a few hours. 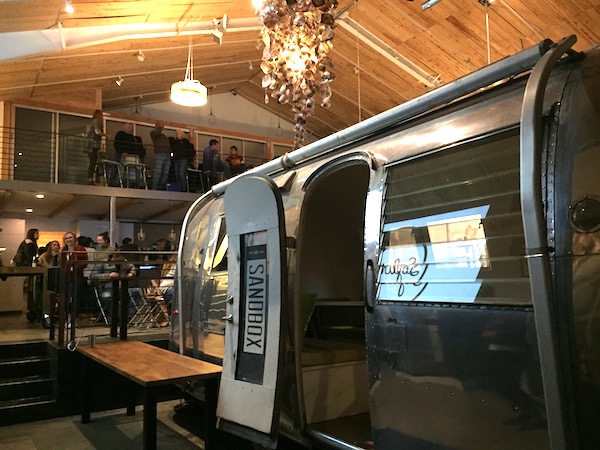 I wish I could hear them on my computer...