The Nostalgia of Isla Vista Eateries

Many can relate to the moment they walked into Woodstock's Pizza for the very first time. Or the first time they waited in line at Freebird's anticipating their fully loaded nachos. Some locals and students alike are unaware of how Isla Vista's most popular restaurants have come to be. Here is a little backstory and history on some of everyone's favorite IV food spots.

In 1982, Woodstock's founders and owners Chuck and Mike approached new college graduate and pizza deliverer Jeff Ambrose with the idea of opening its third branch in Isla Vista. They called it "student nirvana" and found the perfect location at the corner of Embarcadero del Norte and Madrid.  Borsodi’s, a counterculture coffeehouse, was in the same building and across the street was the Bank of America that was burned down during riots in 1970. 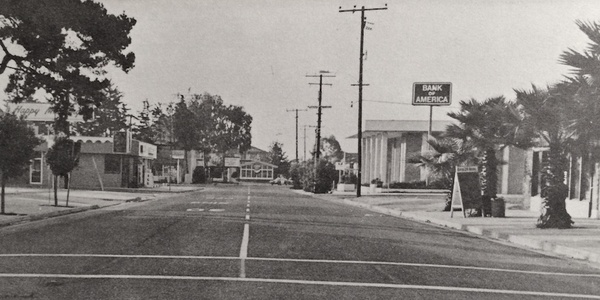 Current Woodstock's building on the left corner and Bank of America across the street on Embarcadeo del Norte from about 1970. (Photo: Ray Varley/Isla Vista Wiki)

Woodstock’s IV opened in September of 1982 and quickly became a popular student hangout. Sadly, Chuck and Mike passed away in a private plane crash in 1985, leaving the company in the hands of their family members. Eventually, the families promoted Jeff to President of the company.  In 2001, Jeff and his wife, Laura, purchased all five California restaurants, which also included Chico, Davis and San Diego by SDSU. The original Woodstock's in Corvallis, Oregon is solely owned by Chuck’s wife, Carol Lee Woodstock. Since that time, two new restaurants have opened in Santa Cruz and in Pacific Beach, San Diego. One can imagine the pride and awe these two individuals would feel when they see the strength and expansion of their business.

Now flash forward to today and we have a restaurant that has gained popularity through its food, fun, and a laidback atmosphere designed for the perfect meet up spot. Tuesday Trivia night has been run by Robbie King for the last two years and contains its collection of regular attendees. Wednesday is Pint Night, a fan favorite around Isla Vista especially for those who enjoy half off glasses and pitchers.

A fun fact about Woodstock's is the red sauce is the original recipe that Chuck passed on from his family. Over the years the recipe has stayed the same and the red sauce is created exclusively through Woodstock's. At Woodstock's Cal Poly Slo, the second restaurant opened, the creation of the famous cinnabread desert was through a Mustang state college student. They probably had no idea their late night munchie meal would become the main dessert for this branching company. Many new pizza ideas are created by not only the employees and upper management. On Facebook Woodstock's inspires its members to submit new pizza ideas. The introduction of Daiya cheese (Vegan cheese) and the gluten-free crust came from customer feedback. 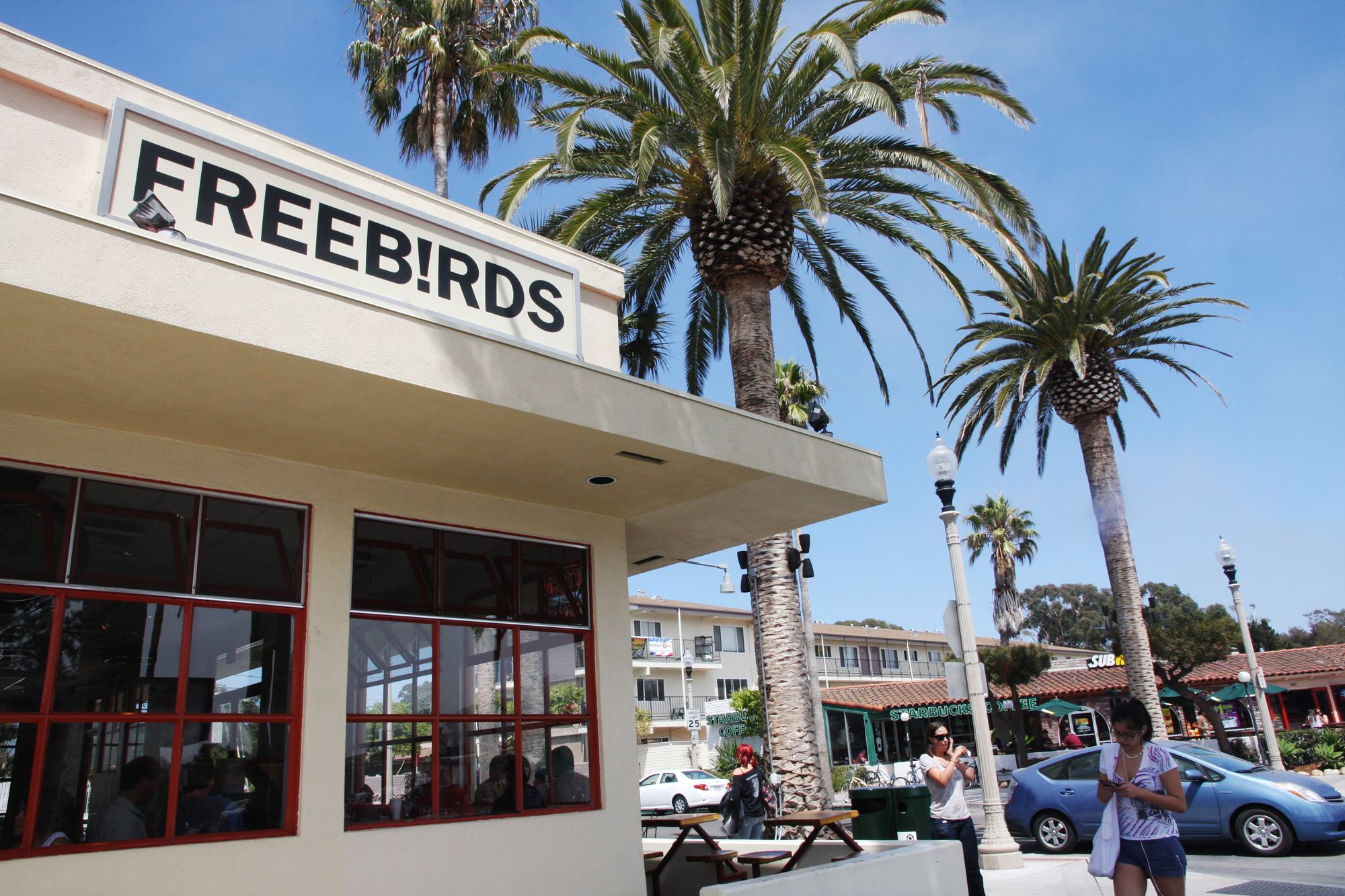 Alongside Woodstock's and it's late night offerings lie other long-time restaurants: Freebird's and Sam’s To Go. Freebird's, whose full name is Freebirds World Burrito, was established in 1987 by Mark Orfalea at the same location its always been, 879 Embarcadero del Norte. He first designed his restaurant with the idea to deliver fresh chicken and food to UCSB students. His aunt suggested he take the leftover unused chicken at the end of the day, marinate it barbeque sauce, and use it to make burritos. That was the inception of the Freebird's Burrito.

When I was touring UCSB, the first restaurant I sat down at and ate from was Freebird's. My parents were with me and I can still remember the look on my Mom's face when she bit into her burrito and finished it proudly in one whole sitting. It's also one of the only places that remain open for 24 hours.

Freebirds went on to expand into college towns throughout Texas, California, Utah, Tennessee, and Oklahoma after being sold to Tavistock Group. Orfalea remains the sole owner, creator, and founder of the original Freebirds in Isla Vista.

Sam’s To Go is another local mainstay that opened its doors in 1981. Originally opening at 6560 Pardall Road, it now has four total locations throughout Santa Barbara. It's still the only place that I trust enough to order chicken strips from. Any chicken strips lover can relate to how hard it can be to find a worthy set. With over 31 hot and cold sandwich options, it's easy to find something to like.

All three of these restaurants have become backbones to Isla Vista, it’s not just about the enticing food that they offer, it's about the impact that these locations have on college students throughout the years.

In honor of Parks & Recreation Month, Goleta encourages residents to explore the many wonderful outdoor Parks and Recreation opportunities available in Goleta from hiking and biking to picnics and planting gardens.

A Santa Barbara man was arrested for vehicle theft, burglary to a vacant home, and outstanding warrants.

A group of volunteers with the Santa Barbara Channelkeeper called the Watershed Brigade has been cleaning up and protecting nature access areas.

Dog of the Week: Jude

Meet Jude, a young maltipoo who's looking for a new home with a single lady.

Cat of the Week: Martin

Meet Martin, a young kitty ready to move out of PetSmart and into your place.

A Santa Barbara woman was arrested Friday for DUI, hit and run, assault with a deadly weapon, and assaulting police officers.

[Update]: A Santa Barbara Police Officer and K9 were injured in a vehicle collision on De La Vina Saturday evening.

Santa Barbara County Firefighters were able to save a house after the use of fireworks caused an attached carport on fire Saturday evening.