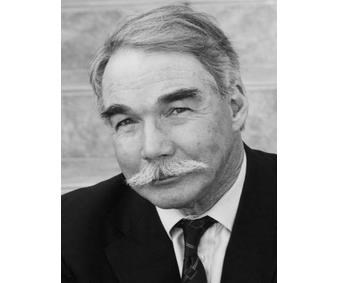 Paul Galbraith Flynn passed away at home in Santa Barbara, California surrounded by his family after a 10-month battle with esophageal cancer. Born in West Hartford, Connecticut, he was a proud alumnus of Loomis Chaffee college prep in Windsor, Connecticut and then attended Georgetown University where he sang bass a cappella with the Chimes and earned a B.A. in U.S. History in 1961.

Paul served from Ensign to Lieutenant in the U.S. Navy in the Western Pacific 1961-65, before earning his J.D. in 1968 from the University of San Francisco School of Law, San Francisco, CA. He was an associate at O'Melveny and Myers 1968-71 and then Assistant U.S. Attorney 1971-78, and Chief Assistant U.S. Attorney 1978-80 for the district of CA in Los Angeles. From 1985-89 he was a Professor of Law at Pepperdine University, School of Law. In 1989 he was appointed by Governor Deukmejian as a Superior Court Judge in Los Angeles County where he served on the bench for 20 years, adjudicating criminal cases. Later he moved to the Santa Monica court system, where he presided over civil matters because the 3-strikes law required him to impose sentences with long prison terms for offenses he did not believe were warranted. As a judge he was known to run an efficient, well-organized courtroom balanced with humor, kindness and authority. He expected lawyers to be prepared, succinct and "to understand the gravity of certain issues and the minor nature of others."

He met and married Christina Wendel in 1961 while both attended Georgetown. They had three children; Bridget Flynn Walker, Ph.D., Sean Flynn, and Deirdre Flynn, Ph.D., who survive him along with seven grandchildren. Paul's brother David Flynn also survives him. In 1971 he met and married Kee Ralphs Flynn, who survives him. They shared 48 years of love, travelled the world, and resided in Pacific Palisades, CA before retiring in Montecito, CA.

Paul brought people together. He presided over the marriages of more than 100 friends and family members. He loved people and all of his friends and family first and foremost. He possessed a special charm and ease with people of all walks of life and had an infectious sense of humor and wit that made him the guy everyone wanted to know and love.

He was an avid golfer and a proud member of The Valley Club of Montecito (where the flag flew at half-mast in his honor after his passing) and The Los Angeles Country Club. We all shed many tears and hold happy memories of him close to our hearts. We will miss him deeply and carry his spirit with us.

took me about 15 seconds to

The City of SB is also

But any citizen or group; any

Not just another city $200K

In the interest of our

Yeah. His absence was news

It was an accident I'm in

Good to know you too, Roger,