This is an "open letter" sent to 1st District Supervisor Das Williams and Planning Commissioner Michael Cooney. All are now welcome to read it.

We in California know, by painful experience, the new realities and real problems caused by Climate Change, including more destructive forest fires, mud slides, and more frequent drought. And you, Das, have spoken often and eloquently about our need to take it seriously and meet this challenge now. Commissioner Cooney, I hope and presume you may hold similar beliefs and convictions.

Big tobacco companies knew for decades that their product sickens and kills. Yet, they covered up the facts, spent millions to confuse the issue in public discourse, and lied until they could lie no longer… until the truth became too obvious to too many people and until they were successfully sued for billions of dollars.

As with most of us, you have likely had relatives, friends and neighbors who have died from the harmful effects of tar in cigarettes. Organic chemicals that share molecular characteristics with this poisonous and cancer-causing substance are also found in huge quantities in and around oil company operations.

Today, Das and Michael, there are companies in another large and powerful industry that want to expand dramatically in our county. They too have attempted to hide the facts about the harm done by their operations. They too spend millions to muddy the public waters and to influence lawmakers. And they too will continue to do this until we say “No”. Until you say “No”.

As you well know, our county Planning Department recently completed a final Report on ERG’s proposal for massive new drilling in Cat Canyon. It clearly states that it would add “250,000 metric tons of CO2 equivalent” to our atmosphere. Think of the harmful effects. Try to imagine an additional 550 million pounds of carbon dioxide added to the atmosphere, right here, each year, if this one company is granted permission. And, of course, there are other companies waiting in line to do the same.

Further, and of critical importance, Supervisor Williams and Commissioner Cooney, consider the possible mitigation of just this one Class I impact. Would a plan to reduce by over 99% or to thoroughly compensate for this GreenHouseGas dumping be truly verifiable and enforceable over the long life of the project? Or is this, too, a convenient tactic and contrivance, just as low-tar cigarettes were for tobacco companies?

Honestly, how could we be sure about any claimed mitigation and how could the oil companies be held appropriately accountable if they failed to fully deliver over the 30 to 50 years of the project? With another clever declaration of bankruptcy, they could easily survive and try to drill here again.

Please continue to help move our county forward in smart, healthful and sustainable directions, in ways that really bring jobs and that benefit our economy. Vote to reject these projects. After all, while they don’t bring in much new employment or tax revenue, they do cause significant problems and present thoroughly unacceptable risks.

Do you have an opinion on something local? Share it with us at [email protected] The views and opinions expressed in Op-Ed articles are those of the authors and do not necessarily reflect those of edhat.

Well done letter! I stand with anti-oil in general and previous four Edhatcommenters are right on... NOW TODAY, CONSIDER THIS: Trump's pushing countries to stop using Iranian oil. Where do you think the Occupant in the White House expects them to get their energy supplies? Think he is already ramping up deregulation, boosting fracking and oil extraction in our own waters with these bullied countries' markets in mind? Oh wouldn't he, though!

The biggest harm of oil drilling? The abandoned wells and damage left behind. Originating agreements never hold executives jointly responsible. So when they're done drilling? The oil company claims bankruptcy. This was seen clearly with Vennoco leaving SB County with a lovely drilling platform and more. Recently in Canada a firm claimed bankruptcy abandoning over 4000 wells. This abandonment, btw, is a strategic method of exit with fracking companies. The shoe drop is coming.

We need to stop drilling for dinosaur juice and push forward to clean, renewable power.

For heavens sake, you can't trust oil companies with their rhetoric about their safety. British Petroleum paid lobbyists ultra millions of dollars to convince Congress they didn't need any more safety rules, they were perfectly safe. They even said, "There will never be another Santa Barbara". Congress fell for their lies. That was about a year before their "safe" equipment blew out killing workers and devastating hundreds of miles of the coast. In response to our '69 spill, we started Earth Day in 1970. Heaven forbid, don't let this Cat Canyon drilling get started. It even endangers the drinking water for hundreds or thousands of people. 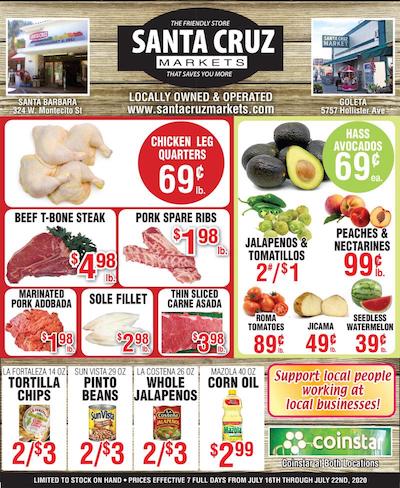 How often do marginalized

Wow CSF. I have a lot more