Suspicious Package Deemed Not a Threat on Hollister Ave

At approximately 11:04 a.m. today, deputies responded to a business at the corner of Hollister and Kellogg to investigate a suspicious package. When they arrived, deputies observed a cardboard box with a shoe string tied around it. Deputies requested the Bomb Squad respond, and they diverted traffic from the area temporarily closing Hollister Avenue from Dearborn to Kellogg.

The Bomb Squad responded and used a remote-controlled robot to open the box. Using a camera on the robot, they were able to see the contents of the box which included a broom head, wooden clothes pins, cloth and a decorative object made out of wire. The items were determined to be harmless and the incident does not appear to be criminal.

The Sheriff’s Office would like to provide some tips for the public for when they encounter a suspicious package: 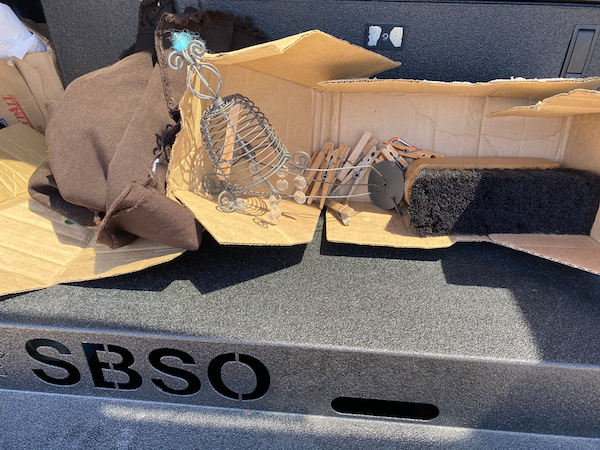 The Santa Barbara County Sheriff's Office is investigating a suspicious package near Hollister Ave from Dearborn to Kellogg in Goleta.

Traffic was being diverted for a time and people were asked to avoid the area around 1:00 p.m. on Friday.

This is a developing story, more information will be added as soon as it's available.