Suspect Arrested with Narcotics and Firearm

On Thursday 12/31/20 at approximately 2100 hours, officers from the Santa Maria Police Department’s Special Enforcement Team (SET) attempted to detain a suspicious person in the 200 Blk. of S. Depot St. The suspicious person later identified at PEDRO PASQUAL ran from officers upon seeing them. While giving chase, officers saw PASQUAL throw a firearm over a nearby fence. Officers eventually caught up to PASQUAL and place him under arrest. A subsequent search of PASQUAL’S person incident to arrest revealed that PASQUAL was also in possession of live ammunition and approximately 30 grams of suspected methamphetamine.

PASQUAL was booked into the Santa Barbara County Jail for multiple charges to include:

The Santa Maria Police Department is committed to reducing gun violence in our City. As a result, uniformed patrols have been increased, and investigators are doubling their efforts with a goal of keeping you safe. Arrests like this are possible due to the hard work and dedication of your police officers. Today, this neighborhood is a safer place, with another gun, and drugs off the streets.

We encourage anyone with information about violent crime, or knowledge that someone is unlawfully carrying a firearm, to call SMPD. Information can be given anonymously at our tip line at 805-928-3781 x2677 (COPS). 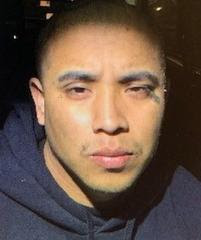 Common theme lately; 'Felon in possession of a firearm.' This guy certainly didn't get his gun from a licensed dealer, nor have any background check. I hope cops are focusing on illegal sellers and makers of firearms. 'Ghost Guns' are becoming ubiquitous, as gangs like La 'Eme' have discovered a new business.

He's even got his own IMDB

Genuinely curious as to where

Jealousy is so appealing.

I know they just all want to

To quell anyone's fears, this