On Friday, March 6, 2020, at approximately 11:58 pm, multiple people called 911 to report a fight involving several subjects in the area of 6600-block of Del Playa Drive.  As deputies were responding, a shot was heard and deputies, along with UCSB Police and CHP responded with lights and sirens.

When they arrived, deputies learned a male suspect had been involved in an argument, pulled a gun from his waistband, and fired a single shot. Nobody was injured and there was evidence the round struck a cement walkway. The suspect fled in an unknown direction prior to deputies’ arrival.

A description was broadcast of the suspect and Deputy Farley spotted a male matching the description leaving in a rideshare vehicle in the 6700-block of Sabado Tarde. The suspect, 20-year-old Christopher Tyrese Maxwell of Lompoc was detained.  A search of Maxwell’s backpack yielded a revolver with one spent round and the serial number filed off.

Maxwell was booked at the Santa Barbara County Jail for assault with a firearm (felony), shooting at an inhabited dwelling (felony), possession of a firearm with the serial number filed off (felony), and carrying a loaded firearm in public (felony). His bail is $250,000. 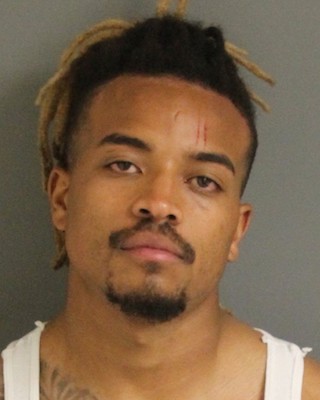 There is a victim or victims