The launch took place from Space Launch Complex-6 at 1:47 p.m. It was the ninth Delta IV-Heavy launched from VAFB, with the first launch occurring Jan. 20, 201, and it is the largest rocket ever to launch from the West Coast of the United States.

“The teamwork between the 30th Space Wing, the 2nd Space Launch Squadron, the National Reconnaissance Office, United Launch Alliance, and numerous other agencies was outstanding,” said Col. Anthony Mastalir, 30th Space Wing commander. “National Security Space Launch is a ‘no-fail’ mission that requires the highest level of professionalism and dedication from all the Airmen and Guardians assigned to Team Vandenberg.”

The Delta IV Heavy is recognized for delivering high-priority missions for the U.S. Space Force, NRO and NASA. The vehicle also launched NASA's Orion capsule on its first orbital test flight and sent the Parker Solar Probe on its journey to unlock the mysteries of the sun.

“The unmatched power of the Delta IV Heavy again demonstrated its role as the nation’s proven heavy lift vehicle precisely delivering this critical NRO asset to its intended orbit,” said Gary Wentz, United Launch Alliance vice president of Government and Commercial Programs. “We are honored to support National Security space and thank our mission partners for their continued trust and teamwork.”

A Delta IV Heavy rocket was launched from SLC-6 at 1:47 pm on its mission for the National Reconnaissance Office. The 9.5 hour countdown began at 4:16 am under the guidance of Launch Conductor Scott Barney. Retraction of the mobile service tower began at 5:14 am. The go for fueling was given by Launch Director Tom Heter III at 8:58 am. The go for launch command was given at 1:41 pm by NRO Mission Director Col. Chad Davis. A number of space enthusiasts lined up along Ocean Avenue in Lompoc to enjoy the spectacle. 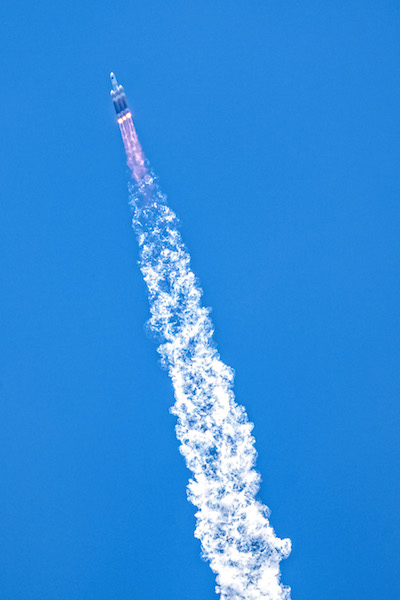 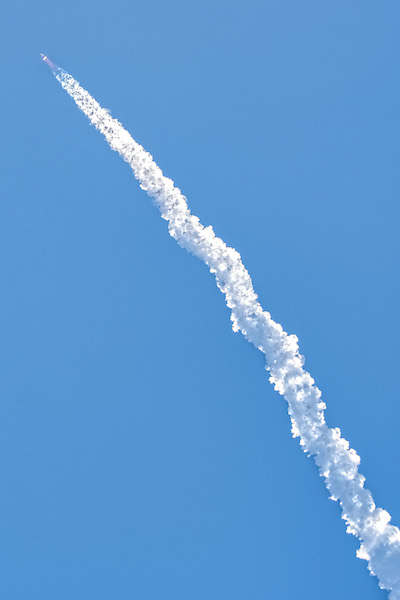 Yes! Nice photos! I guess there are going to be only 4 more Delta IV launches, and then this launch platform will be retired.